Most memorable shot of each major champion’s victory in 2019 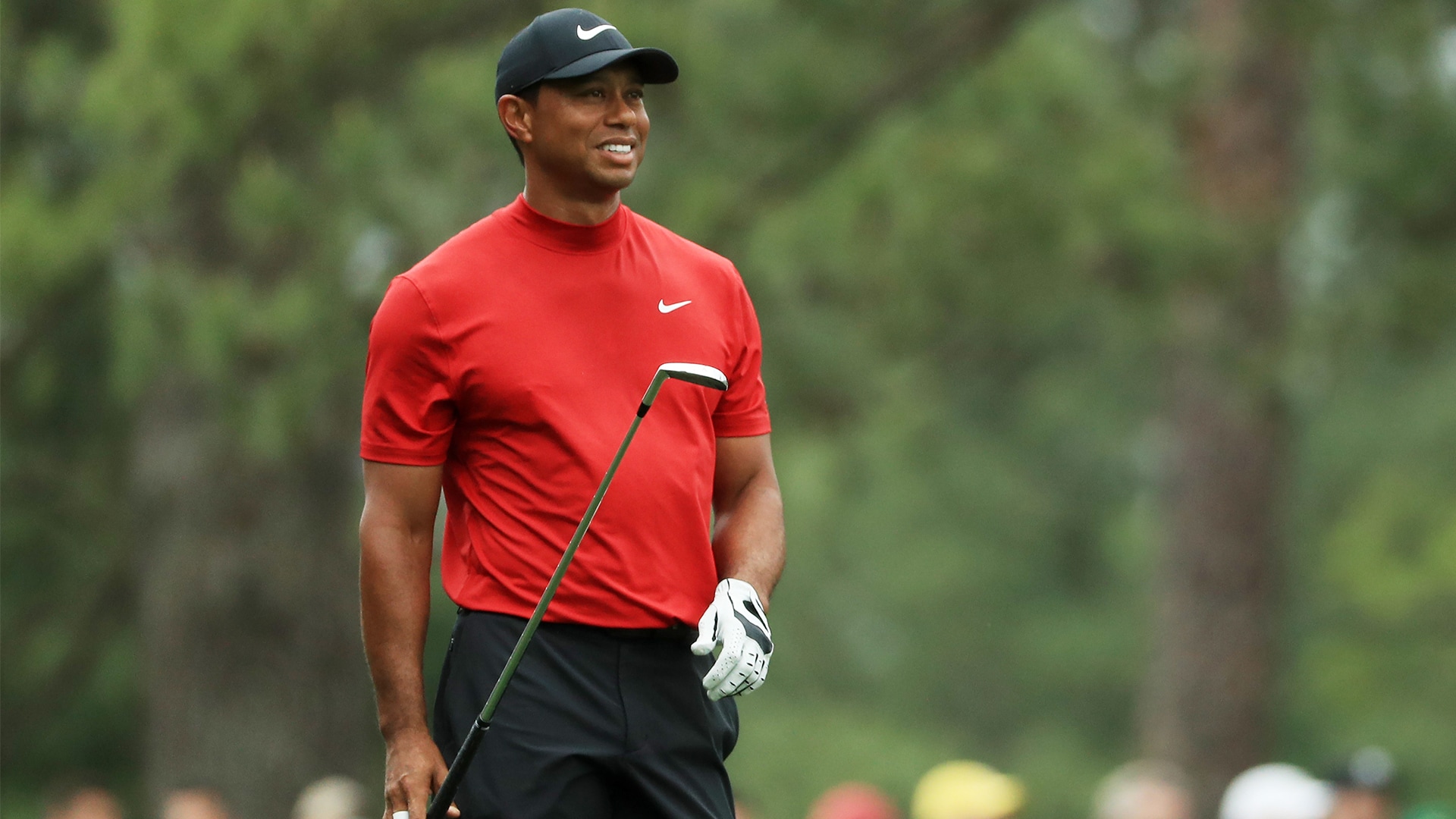 Brooks Koepka and Shane Lowry have a clear memory of one shot from the final round of the majors they won that not many would remember, and for good reason.

They each made bogey.

Tiger Woods was two holes away from becoming a Masters champion again, and all he could think about was a shot from 14 years ago. The most memorable shot for Gary Woodland at Pebble Beach? One of them won him the U.S. Open. The other is what fans will remember more.

The four major champions shared what they consider the most memorable shot from their victory, along with a shot that was significant to them even if it wasn't shown on TV.

Woods took the lead for the first time with a two-putt birdie on the par-5 15th at Augusta National, but it was the next hole where he effectively delivered the game winner. He hit 8 iron with just the right distance to the right spot on the green, and he watched the slope send it toward the hole to 3 feet below the cup for birdie and a two-shot lead.

Think back to that chip-in on the 16th in 2005 that went up the slope, down the slope and paused at the edge before it tumbled in for birdie and a two-shot lead. Woods remembered it well. He followed with a couple of wild tee shots, made two bogeys and was forced into a playoff.

''That was one of the reasons why I was so focused and I didn't celebrate after I made that birdie on 16,'' Woods said. ''Because I've been in that situation before.''

And that's why his drive on the 17th this year was so special, even if it didn't look that way.

''That was the best shot I hit all year,'' Woods said. ''Considering the moment, I needed to pipe that ball. I did. I gave it a little more than normal and hit a flat fade. And I think that was what allowed me to go on to win.'' 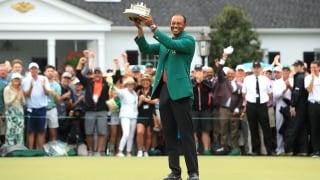 Koepka said that when he gets to the end of his career, he will look back on the opening two days at Bethpage Black as ''the best two rounds of my career.''

Trouble is, the strongest memories are the last ones. And at times on Sunday, it was hard to look.

Six shots clear with eight holes to play, Koepka nearly lost the lead. And not even a two-shot lead on the 18th was safe when he pulled his drive into the native area. He wasn't in the clear until he managed to hack that out into the fairway. That shot is what Koepka considers as memorable as any he hit on the back nine.

''The one thing I don't think anyone realizes is that second shot on 18 out of the mess was an awkward lie,'' Koepka said, adding that caddie Ricky Elliott was ''super worried'' about it. ''It was either going in the bunker or through the fairway into the rough. Me and Ricky talked about it and thought it was better to leave it in the bunker. I thought it was a good shot to get it in the fairway.''

He made par from there to win by two.

It was a bogey he kept from being worse that was most meaningful to him.

Right after his final birdie on No. 10 for a six-shot lead, Koepka began his run of four straight bogeys starting at No. 11. He drove left into a bunker, blasted out and then hit a poor wedge that came off the green 50 feet away. He knocked that 8 feet by the hole and had that left for bogey. 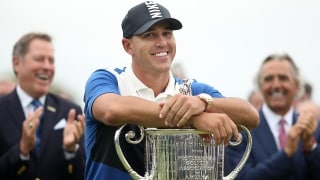 Woodland still doesn't know what the public will consider his signature shot at Pebble Beach - the 3-wood from 263 yards on the par-5 14th that set up birdie for a two-shot lead, or the lob wedge across the 17th green to save par.

He had the same shot on the 17th in the opening round and made a 10-footer to save par, but that wasn't on TV and it was only Thursday. It felt like the whole world was watching on Sunday.

Woodland, though, goes back to early Saturday for what he feels was a shot equally important. He drove left into a fairway bunker on No. 2, leaving him an awkward lie with the ball above his feet.

''The best swing I made all week,'' he said of his 8 iron into 10 feet. ''So much could have happened there. If I made bogey or double bogey there, I lose my lead early, who knows what happens the rest of the week? That shot gave me confidence that I could hit any shot under pressure.'' 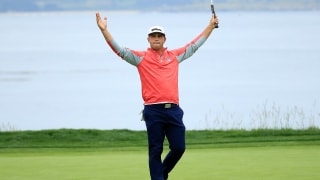 With a round of 2-under 69 and a closing birdie on the 72nd hole, Gary Woodland won the 119th U.S. Open Championship by three shots over Brooks Koepka.

It only seems as though Lowry won the Open at Royal Portrush on Saturday when he shot 63 to build a four-shot lead. He knew better. In his mind, Lowry believes the clinching shot that most people will remember was on the 15th hole Sunday, right after Tommy Fleetwood had made double bogey. Turning to caddie Bo Martin, he told him: ''Let's shoot level par on the last four holes. Shoot level par, we're grand.''

''I hit 2 iron off the tee about 320 yards, flushed it straight down the middle,'' Lowry said. ''I had 100 yards to the flag, hit lob wedge to 8 feet and holed it. That was it, then, the nail in the coffin. You can see how much it means at the time. I crouched down and gave it a big fist pump. I knew that was it.''

But there were nerves early, and one shot Sunday that stands out to Lowry to make him believe he could get the job done.

He drove into the rough on the right on the par-4 eighth. The wind was howling out of the right. The rain was lashing.

''I hit the green with a 5-iron, and that was the best shot I hit all day,'' he said. ''I three-putted from 60 feet, but that had potential to be a bit of a disaster. It was a dodgy enough lie. The ball was way above my feet, the wind was howling. Miss left, that could be dead. There was a bush on the right if I didn't carry it.''

The idea that Lowry picked a shot that led to bogey made him smile.

Note: Ferguson is a golf writer for The Associated Press. 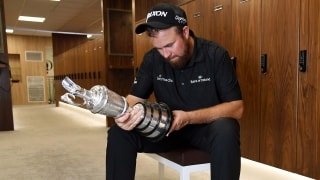 From doubts to drinks, inside Lowry’s victorious Open Sunday

From not knowing if he was good enough to do it to pints of Guinness with the claret jug by his side, Shane Lowry won The Open Championship with all of Ireland behind him.