Newsmaker of the Year: No. 6, Bryson DeChambeau 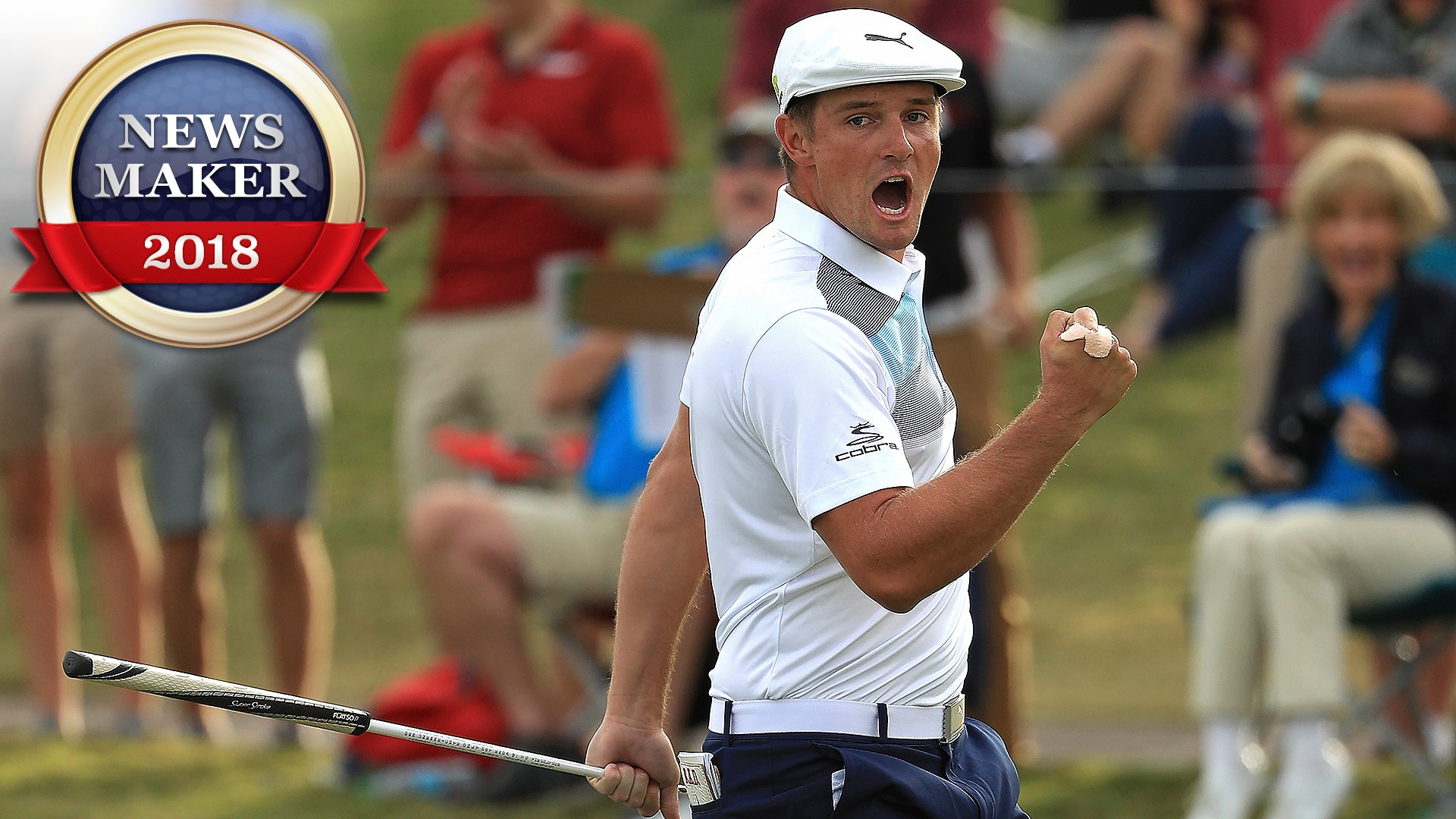 Is this guy for real?

But to understand how DeChambeau, 25, has morphed from curiosity to top-5 contender and one of our Newsmakers of the Year, all you really need to consider is this scene from this year’s BMW Championship: It was 4 p.m. The heat index topped 100 degrees. And yet DeChambeau was on the putting green, meticulously lining up a 5-footer, with a device clipped to his belt loop, his putting guru nearby, his caddie waiting behind the cup with a clinometer and two math nerds off to the side, scrolling through data on a tablet.

You’d never know that he had just won twice in the previous nine days.

No, no one will ever outwork DeChambeau, the Mad Scientist whose marathon practice sessions have become both inspiring and unintentionally hilarious, as he searches desperately for golf’s elusive secrets.

As unorthodox as DeChambeau’s methods are, his results are undeniably impressive. With his victory in October in Las Vegas – his third in his last five starts – he became just the eighth player over the past 30 years with five or more Tour wins before the age of 26. He peaked at No. 5 in the world rankings, with no signs of slowing down, with his self-belief only growing.

Wanting to validate his own approach – and to prove others wrong – has been the driving force of his early career, and after his breakthrough at the 2017 John Deere Classic, those close to DeChambeau hoped that he’d finally find the inner peace that he craved.

The Deere was a reputation-saver, the reaffirmation that there’s more than one path to first place. Over the offseason, he committed himself to becoming more well-rounded. He’s always been a world-class iron player – because, he’ll tell you, his one-plane swing produces more consistent strikes – but woefully erratic on the greens, swapping out putters (even using something that looked like a chalkboard eraser) and trying different grips, including the infamous side-saddle era.

After countless hours on the practice putting green, he settled on this method: a 39-inch putter pressed against his left forearm, shaft leaning forward, ball positioned in the middle of his stance. It looks awkward, rigid, uncomfortable, but it’s helped transform DeChambeau from a below-average putter (146th on Tour) to well above average (41st). It’s the single-biggest reason why, year over year, he trimmed his scoring average by more than 1.2 strokes.

But on-course performance has been only a part of his evolution. Because he tends to give off a smartest-guy-in-the-room vibe, DeChambeau hasn’t always been the most popular player in the locker room, though he’s a terrific role model for kids and is delightful in 1-on-1 interview settings. Last December, DeChambeau was practicing in the Bahamas when he caught the attention of Tiger Woods. They exchanged numbers, and in 2018 they became frequent practice-round partners (and even teamed for one ill-fated Ryder Cup match).

Though their friendship seemed bizarre at first, Woods is a fellow golf nerd who was intrigued by DeChambeau’s unique way of thinking. That epic, caught-on-camera range meltdown at The Open? That just showed his passion. Those dorky answers in pressers? That’s just the way his analytical mind works. Woods’ interest and support gave DeChambeau some much-needed street cred in the clubhouse: Hey, if Tiger likes him, he’s cool with us, too.

Besides Woods, there isn’t a more compelling character in today’s game than DeChambeau. He doesn’t play with the nonchalance of Rory McIlroy, or the swagger of Dustin Johnson, or the technical beauty of Adam Scott. His rounds are hard work, his quest for improvement never-ending. His ideas may still be too revolutionary for this generation, and he might continue to annoy some fans with post-round remarks, but this year proved that he’s only getting better, that he’s not going anywhere.

That, yes, this guy is for real. 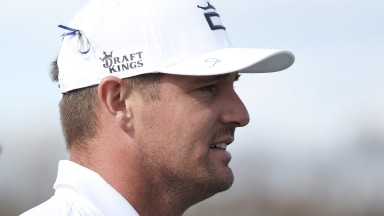 Bryson DeChambeau took to the mic Monday at the Masters, speaking openly and comprehensively about recent times.

Bryson set to return next week at Match Play

The world No. 12, who hasn't played on Tour since January, committed to next week's WGC-Dell Technologies Match Play.