Nobody wins a practice round, but Monday was the start of Tiger Woods' new chapter 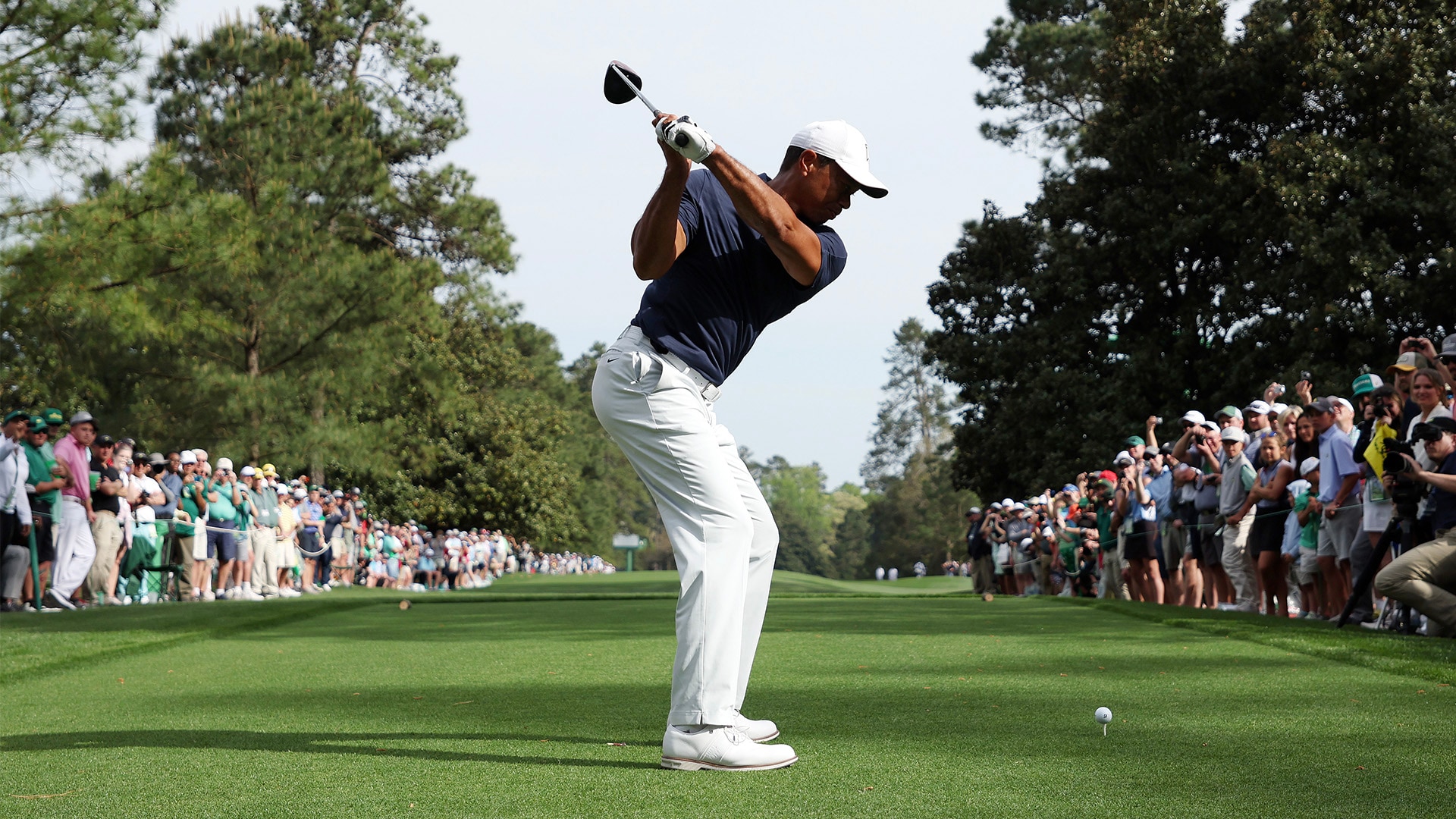 AUGUSTA, Ga. – When Tiger Woods’ time as a professional golfer is over, which if the last two days around the old fruit orchard is any indication isn’t imminent, his history will be a tapestry written around and through Augusta National Golf Club.

In 1996, Woods’ second start at the Masters, he was anointed by Jack Nicklaus himself.

“Both Arnold [Palmer] and I agree that you could take my Masters [6] and his Masters [4] and add them together and this kid should win more than that,” Nicklaus said at the time.

A year later, Nicklaus’ prophecy echoed loudly when Woods won his first Masters by 12 shots. It was a historic achievement that foreshadowed a career that’s been framed, for better and worse, by Augusta National.

There are the five victories, the most recent being his 2019 resurrection after being sidelined by so many injuries, and plenty of comebacks, most notably in the wake of the 2009 scandal after not having played for five months.

Monday was a new and equally compelling chapter for Woods at Augusta National. Following weeks of speculation, he arrived on Sunday at the year’s first major and played a quiet and cozy nine-hole practice round after the course had been cleared of fans and media. By all accounts, he looked like a man poised to play his first official event since the 2020 Masters, which was postponed to the fall because of the COVID-19 pandemic.

When he arrived at Augusta National just before 2 p.m. ET on Monday there was nothing quiet or cozy about the scene. The tournament practice area was standing room only as Woods began a warm-up that lasted 28 minutes and 39 shots. Given the toll last year’s car crash took on his already battered body, a “ball count” makes perfect sense.

As he made his way to the first tee, the crowds parted the way they do on Sunday with a rowdy indulgence. The enormous gallery cheered his every measured step with no regard to the club’s rigid rules. After two years of watered-down tournaments because of the pandemic, this year’s Masters already promised to be historically loud. But having Woods on property – he stated on social media on Sunday it would be a “game-time decision” whether he will actually play the tournament – only intensified an already explosive atmosphere.

“There's always buzz around this place. But there's just another level of buzz to see him and see him play,” Billy Horschel said. “Shoot, I've thought about it in the past, and I may be on the first tee watching him tee off if my tee time works out and everything just because it's such a special moment.”

As for Monday's practice round, which was limited to just nine holes (he played the second nine on Sunday and the first nine Monday), he looked like a man preparing to play a major, not a man who is testing the boundaries of pain and a rebuilt right leg.

He hit his approach at the first hole to 15 feet and his drive at No. 2 into a fairway bunker. As Fred Couples, who along with Justin Thomas played with Woods, explained, “his driver was a machine.”

No one has ever won a Monday practice round, but given the last 20 months, Woods is perfectly content easing his way back into the competitive fold. There was the predictable rust and rough edges and it’s far too early to talk about how he will finish when the more important question is if he will finish.

Couples, who admitted that when it comes to Woods’ health he doesn’t pry, wasn’t interested in predictions but he also understands Tiger as well as anyone in golf, “I’m sure he’s going to tee it up on Thursday,” he said. 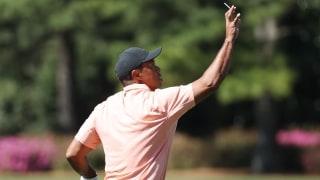 Cam Davis couldn’t have scripted a better start to his first Masters week. As for amateurs Aaron Jarvis and James Piot, they shared a Sunday memorable for a different reason.

It is an obvious take given Woods’ actions. He flew up for a day trip last week to test his leg and the thresholds of pain and he was one of the first to venture out on Sunday. The game is Masters ready, the only question is if his right leg can endure 72 of the most demanding holes in golf.

A flat course in Central Florida while riding a golf cart was one thing during last fall’s PNC Championship — but Augusta National will be a rolling reminder of how difficult the last year and a half has been.

Woods didn’t need a reminder but if he did, the mass of humanity that ringed the first hole, with patrons stacked five deep in many places, was a timely refresher of how his career is so intertwined with Augusta National.

“I’ve got to start some time,” Woods recently texted Couples.

Perhaps the timing is nothing more than providence. He picked the Masters for this comeback because he was simply ready. Or, more likely, he knew it was the perfect spot to pen the next chapter of his legacy.