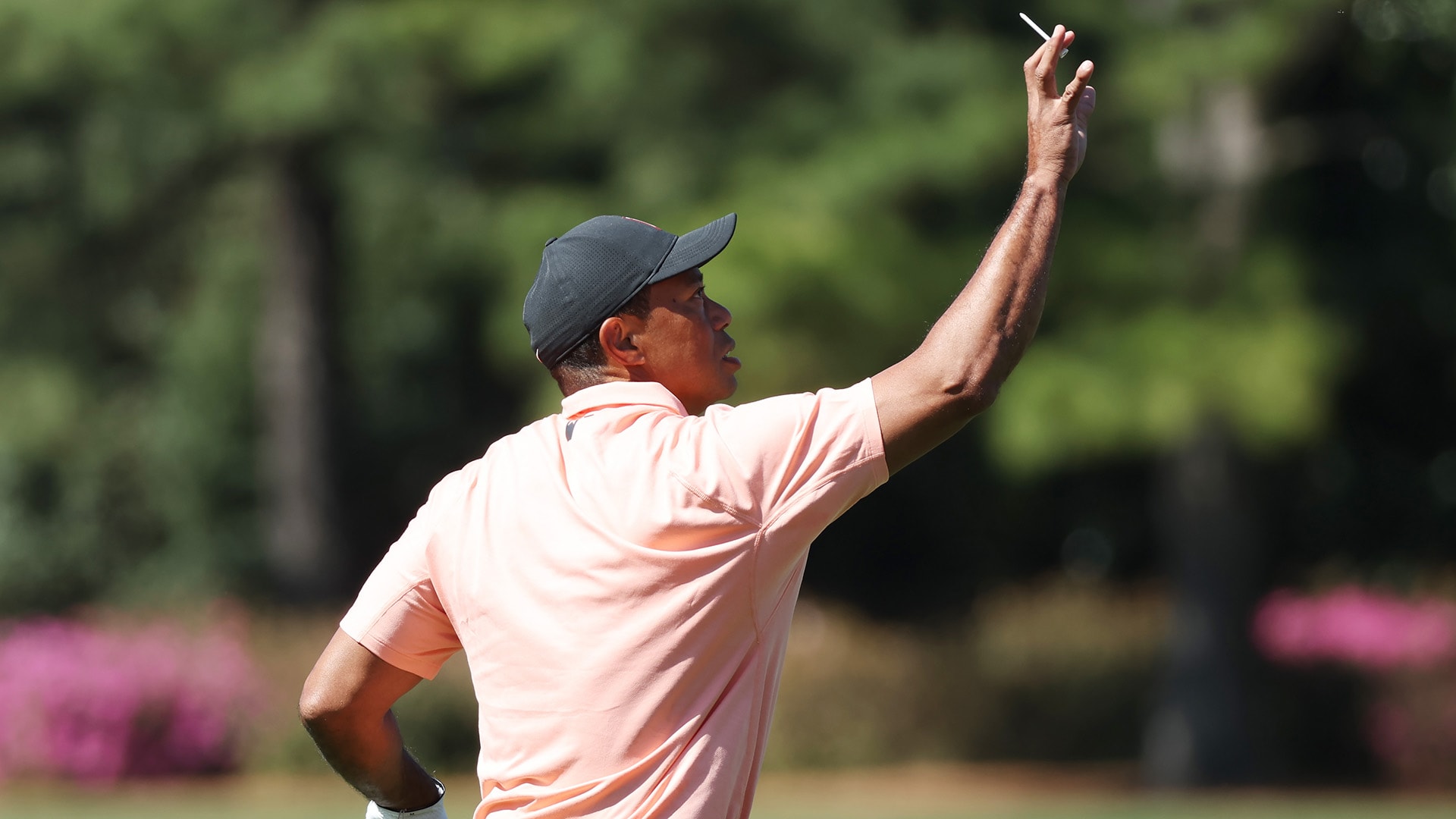 AUGUSTA, Ga. – Cam Davis couldn’t have scripted a better start to his first Masters Tournament week. As for amateurs Aaron Jarvis and James Piot, they shared a Sunday afternoon around Augusta National Golf Club that was memorable for a different reason.

With the course closed to patrons and media, Davis had Woods almost all to himself.

“Trying to pick his brain a little bit, but at the same time, just enjoying being in his presence,” Davis said. “I've met him a couple times, but it was the first time I've played any golf with him. That was an enjoyable first go round here tournament week. No fans or anything, just quiet. I hit with Tiger. It was nice.”

Davis described Woods as “nice, very approachable, very talkative.” He gleaned a few tips from Woods, notably about putts breaking twice as much for tournament play as they do normally. He also couldn’t help but pay attention to Woods’ game, as the 15-time major winner remains a “game-time decision” when it comes to making his first start since the 2020 Masters and since sustaining serious right-leg injuries in a single-car accident in February 2021.

“It was cool to see,” Davis said. “He's hitting the shots that you know you should hit, but it's just executing them. He wasn't doing anything special, but he was playing well. Everything was looking pretty solid. It will be great to see him out here if he decides to tee it up on Thursday.” 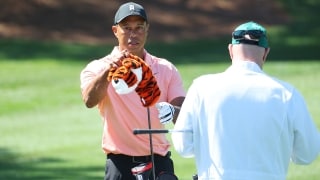 Augusta National captured footage of Tiger Woods’ Sunday session and turned it into one minute of gold,

Davis added that Woods was “still a little slow” walking up hills, noticeably at Nos. 17 and 18.

“I mean, I was as well,” Davis said. “He's been through a lot more than I have. So, yeah, he's striking it well. He's hitting it far enough to play the holes the way you need to play them. I don't see any reason why he wouldn't be able to put rounds together out here.”

Jarvis and Piot also witnessed Woods’ round on Sunday, though from a distance; they were in the group behind after Woods ducked in front of them just before the Latin America Amateur champ and U.S. Amateur winner made the turn.

When they teed off on No. 10, Jarvis and Piot could see Woods down on the green. They played the hole as fast as possible, and then Jarvis proved himself the brave one, quickly setting off to ask Woods if he wanted company.

"I didn't have the courage to do it," Piot said.

Added Jarvis: "I thought would I give it a shot. I ran up to him and ran through the woods and asked, 'Mr. Woods, are you playing by yourself, or can we join?'"

Woods responded, "I'm just going to play by myself today."

"There's no better 'no' or better rejection than from Tiger Woods, right?" Jarvis quipped. 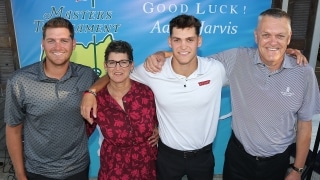 Jarvis looks to lift up island, as it lifted up him

Aaron Jarvis' remarkable journey to Augusta is one that has been buoyed by his family and his small country.

So, instead, Jarvis and Piot stayed back of Woods, which was still special in its own right.

"It was less about learning the course and more of just watching Tiger Woods from a distance," Piot said. "Until then, we're like, oh, we're in a practice round for the Masters, let's enjoy it, and Tiger gets out there and it's like, what's he doing, what's he wearing? It's crazy how much effect he has on the game, and it's crazy seeing him out here today. You could hear the roars from across the course and it's a practice round day, so I can't imagine once we tee it up on Thursday."

Jarvis, who accidentally hit into Woods on the 17th green, didn't let Woods' initial stiff arm deter him from going up to Woods for a second time after the round.

"Just be yourself and go out and have fun, and like if you do the right preparation, then everything will take care of itself," Jarvis said, describing Woods' advice to him during the 10-minute conversation that also included Woods' caddie, Joey LaCava. "So, it was just incredible talking to Tiger, and hopefully I get to talk to him in the future as well."

And maybe finally play with him.