One year later: Woodland reunites with Bockerstette at WMPO 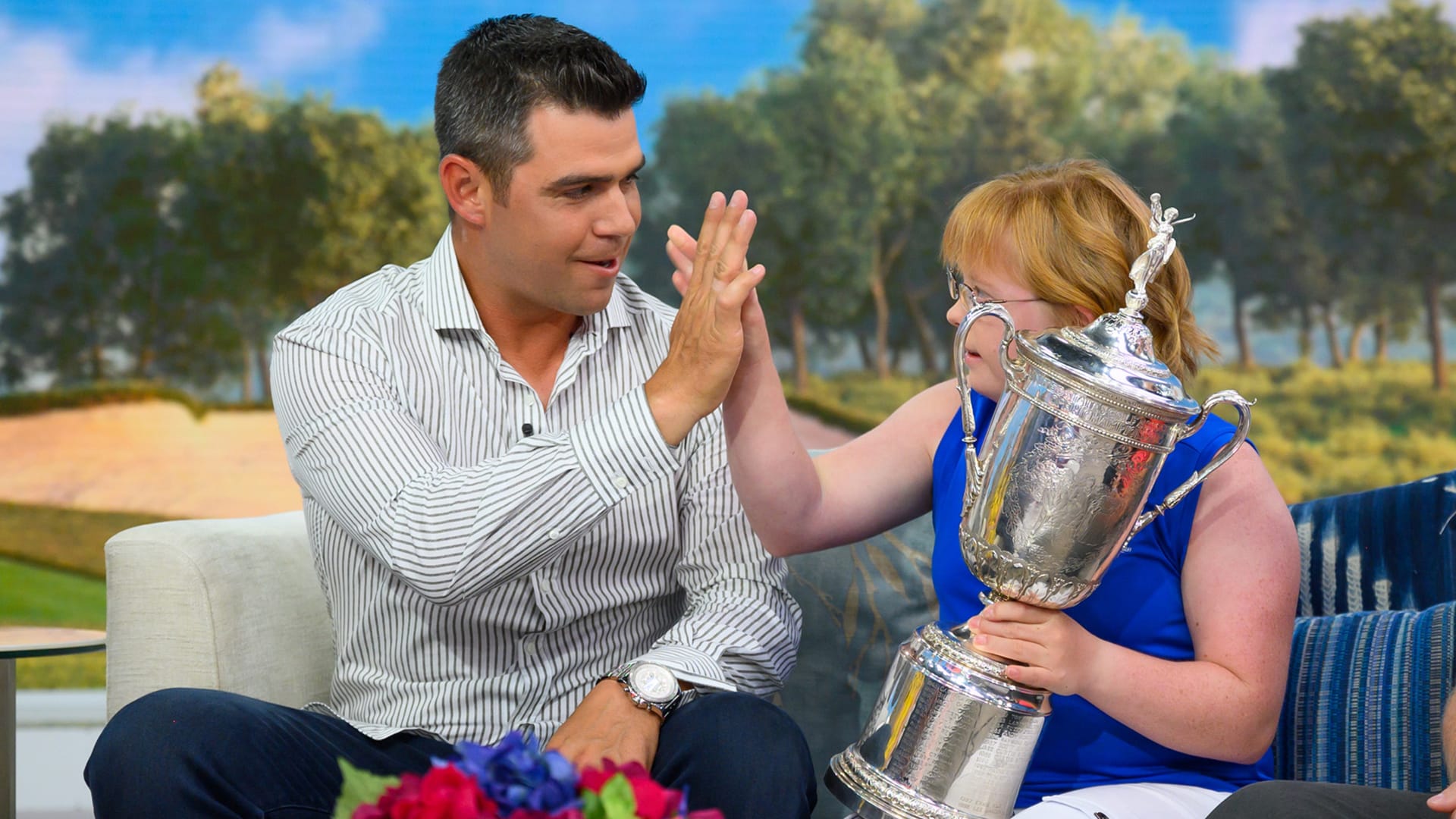 The two went viral last year when Bockerstette, who has Down syndrome, played the infamous par-3 16th hole at TPC Scottsdale alongside Woodland, who was the tournament’s defending champion. Her par save from a greenside bunker spawned a catch phrase (“I got this”) that led to a charitable foundation, and the two gained further traction when Woodland won the U.S. Open a few months later.

They joined forces again Wednesday on the Stadium Course’s most famous hole, and Woodland was afforded an opportunity to reflect on the course-altering connection the two have formed.

“You’ve seen the people that have been impacted by this, by the video and her attitude, her energy, her love,” Woodland said. “I keep saying it, it’s so contagious and the world needs a lot more of it. And especially with everything that’s going on in the world right now, we need a lot more Amy in it.”

Bockerstette, 21, attends nearby Paradise Valley Community College. According to the Special Olympics, she is the first individual with Down syndrome to receive an athletic scholarship to attend college. Amazing Amy changing lives one by one

There are people who have the same effect, someone so generous, so genuine, so joyful, meeting them transforms perspective. Amy Bockerstette is one of those people.

Woodland and Bockerstette remained in contact during the weeks and months after their viral moment, and he cited her as a source of inspiration during his major breakthrough last summer at Pebble Beach. This time when she joined him on the 16th tee, Woodland presented her with a check for $25,000 from the Thunderbirds organization that operates the Waste Management event to help fund the I Got This Foundation, which Bockerstette helped form last fall.

“Everywhere I go, I hear, ‘I got this.’ People come up to me, I mean, I have adults come up to me crying because they have seen the video and they know somebody that has Down syndrome,” Woodland said. “The impact that it’s had on other people has been tremendous. So to be a part of that is amazing.”