Through charisma and determination, Amazing Amy changing lives one by one 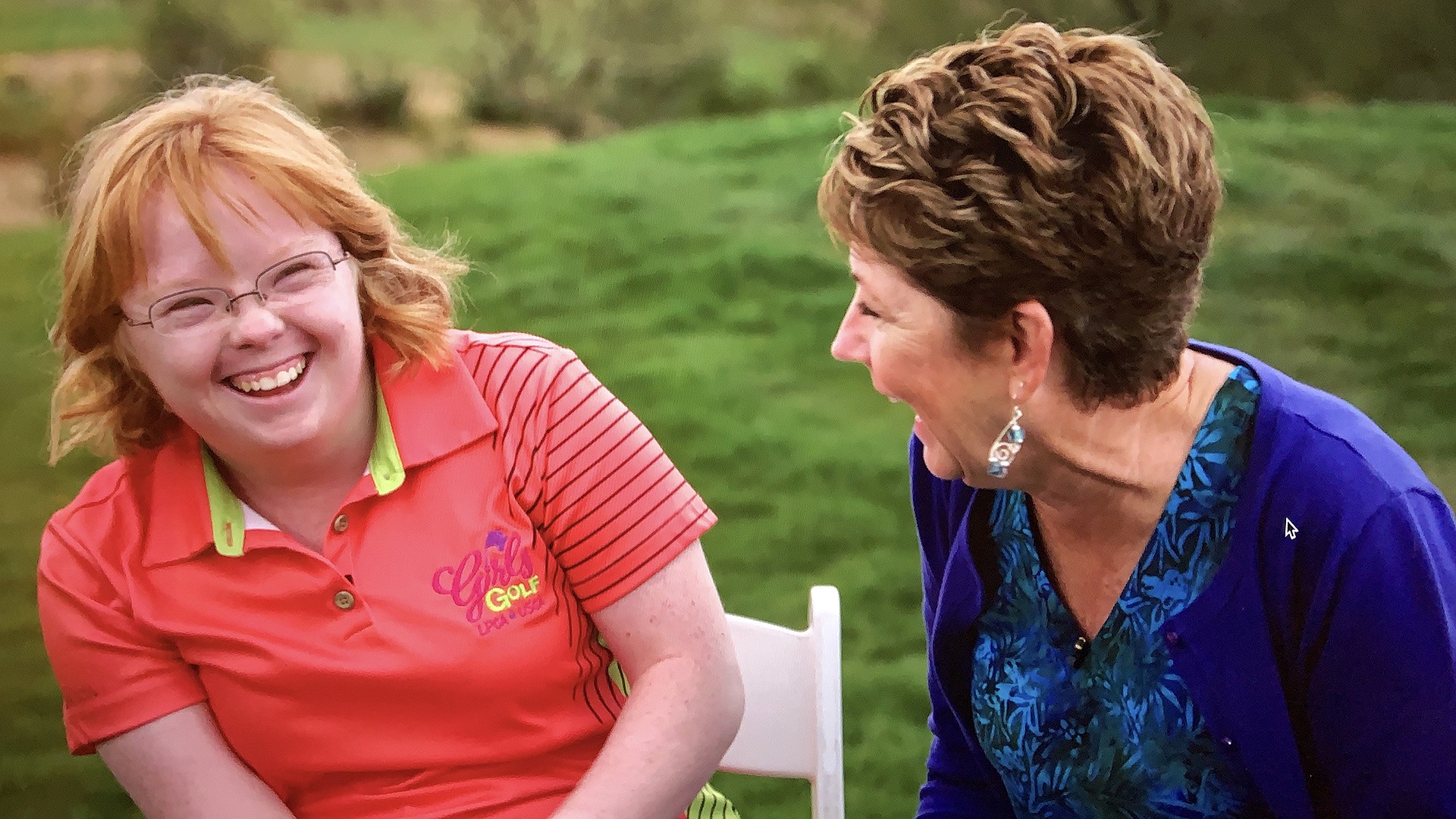 LPGA
“People are still coming up to her, strangers, some with tears in their eyes, telling her how much they enjoyed that video, and how much it inspired them. It’s kind of overwhelming, to be approached by people you don’t know, but Amy loves it.” -Jenny Bockerstette, Amy's mother, on her daughter's inspirational influence  -

PEORIA, Ariz. – There are times in life, maybe a handful, when everything changes. A moment, simple or world shattering, slanting the past, shaping all still to come.

There are people who have the same effect, someone so generous, so genuine, so joyful, meeting them transforms perspective.

"Amy has a huge impact on everyone she meets," her swing coach Matt Acuff said. "You can't meet Amy and not be impacted by her."

Parents of children with Down syndrome are often told what their children can't do.

Joe and Jenny Bockerstette quickly realized all Amy could do.

She had good hand-eye coordination. Perhaps more importantly, she had determination.

It may have taken Amy a little longer to learn how to do things, but she was willing to work at it, repeating until she got it right.

Amy bowled, swam, played basketball, baseball and soccer. She took up piano, loved to dance, learned to ride a bike. She was a natural with a golf club in her hand.

Amy also had something else in abundance: Charisma.

Expressive and happy-go-lucky, she drew people into her orbit, making friends at school, in Special Olympics, everywhere she went. 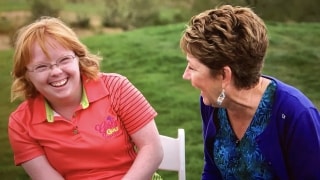 Teachers and counselors fought for her when things got tough. Football players carried her bags across campus. Love followed in her wake.

"I remember saying when she was five or six years old, this child changes people," Joe Bockerstette said. "She has this sort of love and light everywhere she goes."

Special Olympics were founded 51 years ago by Eunice Kennedy Shriver to change perceptions of people with intellectual disabilities. The sister of President John F. Kennedy wanted a better life and to create opportunities for children who were often bullied, isolated by their parents or institutionalized.

Special Olympics offered a world where people with special needs could thrive in ways they never had before, to find acceptance, confidence, a feeling of inclusion not exclusion. Parents were given an opportunity to be openly proud of their children, for others to see how special they were beyond their disabilities.

Amy's story is a blueprint for Special Olympics athletes and their families.

Joe and Jenny provided the foundation for Amy's success, encouraging and pushing her along the way.

Amy, through her own focus and determination, ran with it, earning multiple Special Olympics medals, a spot on her high school golf team, a college scholarship. She parred a hole with a PGA Tour player at the rowdiest hole in golf, shining in the moment instead of shrinking under the pressure. She was a keynote speaker at the National Down Syndrome Congress, writing the 20-minute speech herself.

Amy has become a beacon, an inspiration, a symbol of possibility.

"Doctors will often counsel new parents what their child may never be able to do," said Rhonda Rice, engagement director for the National Down Syndrome Congress. "Here is an example of a young lady with Down syndrome and look at everything she's accomplished. Amy is an example of inclusion. Just give her the chance."

It started when Amy made the golf team at Sandra Day O'Conner High School. As a senior, she drew local attention when she played in the state high school tournament. National attention came when she earned a golf scholarship at Paradise Valley Community College in Phoenix, believed to be the first college athletic scholarship awarded to someone with Down syndrome. 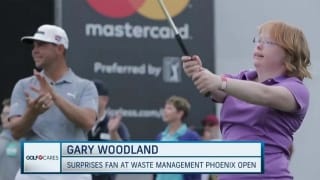 Then came golf with Gary.

Amy arrived at the Phoenix Open's 16th hole in late January believing she was there just to meet Woodland during a practice round. When the diminutive 20-year-old in the purple shirt and white skirt got up and down for par from a greenside bunker, it sent reverberations beyond the golf-hole-turned-stadium.

Known for his inability to close out tournaments, he won his first major title after his moment with Amy, relying on her "I got this" mantra to win the U.S. Open at Pebble Beach. Woodland made his connection with Amy a lasting one instead of a fleeting moment by staying in touch, even inviting her to join him - and the U.S. Open trophy - on the Today Show.

"She's meant everything for me from a mental standpoint," Woodland said. "The world needs more of her in it."

Amy became a celebrity, zigzagging across the country, her parents barely able to keep up with all the golf tournaments, engagements, requests for interviews. She worked the red carpet at the ESPYs with ease, received a standing ovation and was mobbed by inspiring attendees at the National Down Syndrome Congress to find their superpower.

"My superpower is confidence and believing in myself," she told them. "With your superpower, you can create your own purpose."

Video of her moment with Woodland has been viewed more than 44 million times, a powerful message sent with each click.

Amy's ability to focus, close off pressure that would make every day golfers shank one into the stands, is a stay-in-the-moment example for golfers worldwide to follow.

"That's just Amy," Joe Bockerstette said. "She doesn't get nervous. The bigger the moment, the more likely she's going to love. She has so many examples in her life of doing that."

Amy's sweetness, confidence, purity and determination are an archetype for everyday life, no matter how many chromosomes a person has.

Amy had a life-changing moment with a professional golfer. She changes lives every day just by being herself. 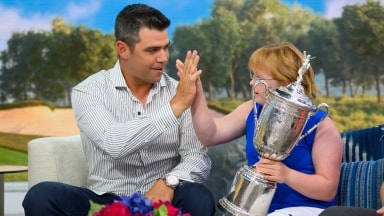 Woodland reunites with Bockerstette at WMPO

One year after taking social media by storm, Gary Woodland and Amy Bockerstette were reunited Wednesday at the Waste Management Phoenix Open. 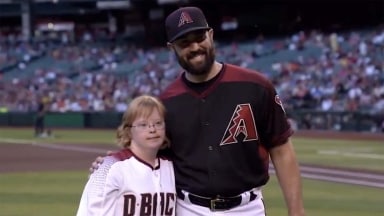 Amy Bockerstette threw out the first pitch for the Arizona Diamondbacks on Saturday night at Chase Field in Phoenix.