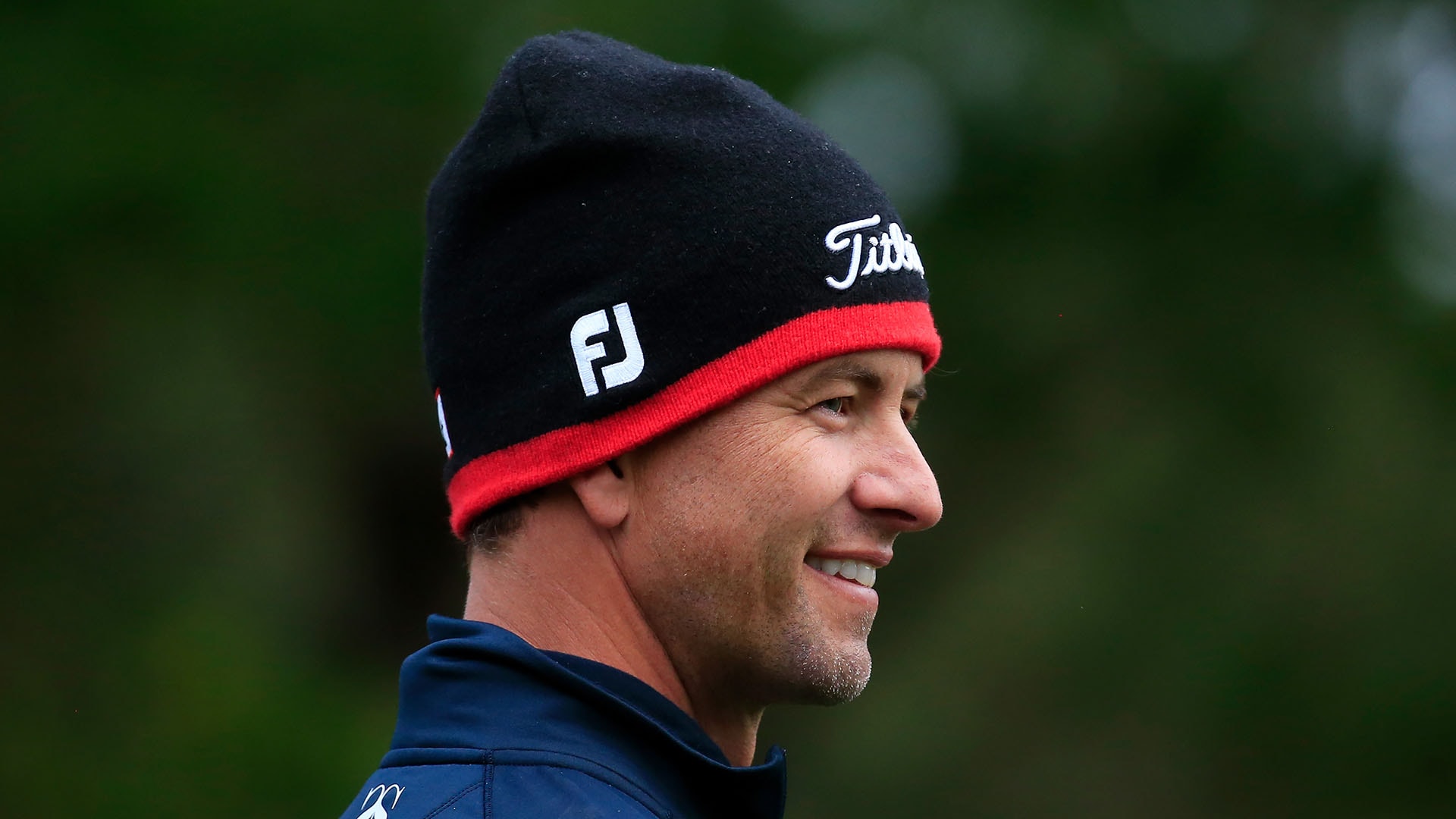 After expressing concern that golf is becoming a "laughingstock" thanks to recent rule changes, Adam Scott continued to be outspoken earlier this week at the Genesis Open.

In speaking with Golf Digest, Scott addressed the slow-play problem on the PGA Tour. Pace of play is a recurring problem in all levels of golf, especially at the top, but one that is rarely enforced. Brian Campbell and Miguel Angel Carballo were penalized for slow play last year at the Zurich Classic, though it was the first such penalty in more than two decades.

Scott revealed that he recently spoke to Andy Pazder, the Tour's chief of tournaments and competitions, about a solution to slow play. It involved Scott essentially taking one for the team.

“Make me the victim,” Scott said. “I’ll take the penalty. The only way it’s going to work is if you enforce it.”

Scott added that nothing will change unless the Tour and its sponsors show that they are serious about pace of play.

“There’s a big media fuss, a big feeling that we play slow, and we do, but the tour is an entertainment business and a big money maker for a lot of people,” Scott said. “Until sponsors and TV tell the commissioner you guys play too slow and we’re not putting money up, it’s a waste of time talking about because it’s not going to change.”

"...We’ve seen too many years, too much complaining about it. And zero action about it.”