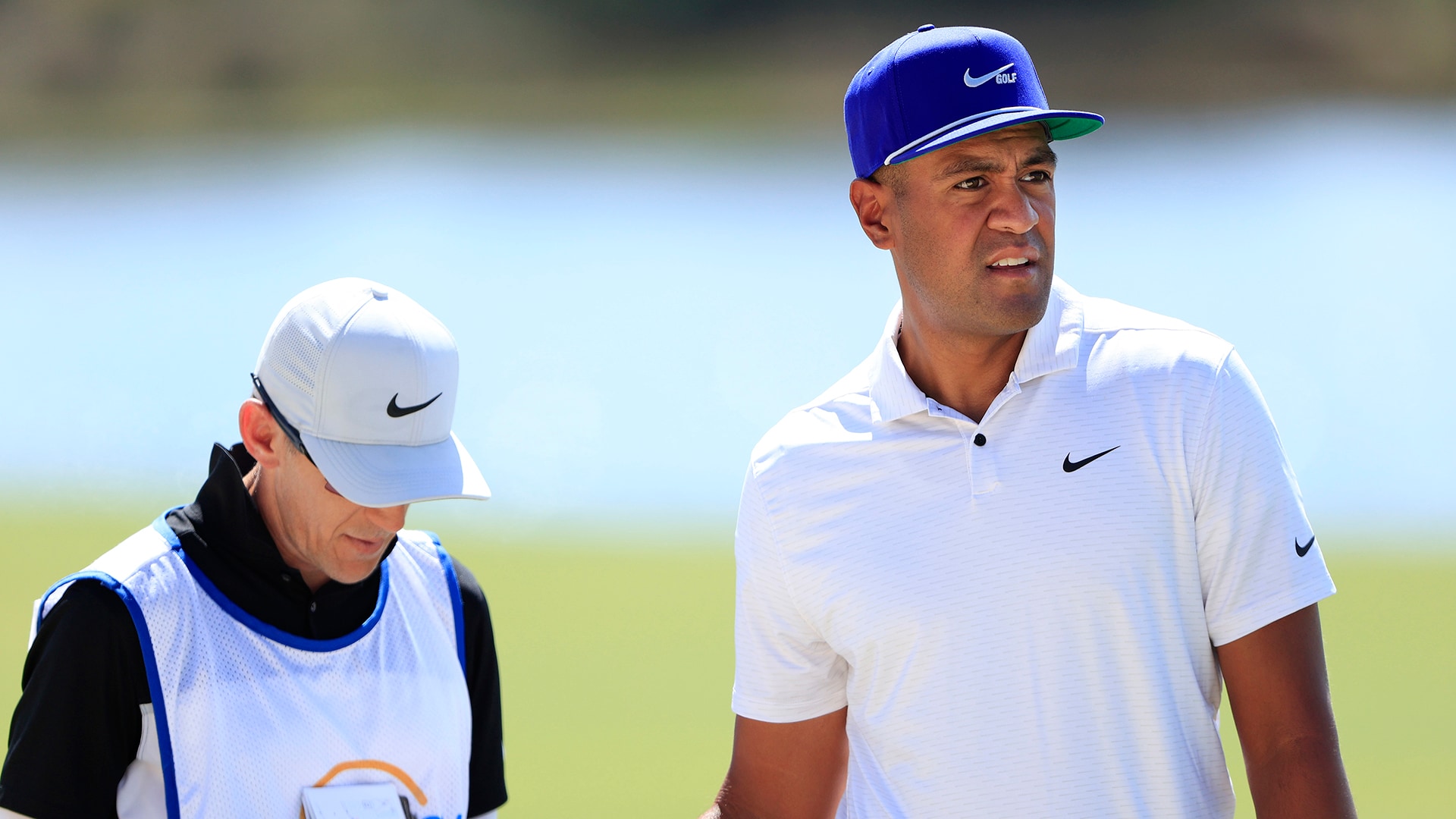 The PGA of America surprised many when it announced back in February that it would permit distance-measuring devices for this year’s PGA Championship at Kiawah.

“It’s going to be interesting to test it out at a major championship, but I look forward to it,” defending PGA champion Collin Morikawa told GolfChannel.com shortly after the news broke.

Morikawa was among several players who chimed in at the time, but somehow the news didn’t travel to every PGA Tour player. On Tuesday during his pre-championship press conference at the Ocean Course, Tony Finau was asked his thoughts on using rangefinders this week and whether he and his caddie would use the laser or their yardage books more.

“You mean like during the tournament we're able to use a – we really are?” a shocked Finau responded.

He then asked the nearby PGA media official for confirmation: “We can use our range finders during competition?”

“I didn't know that,” Finau continued. “I haven't had time to think about it. But I'm sure I'll just refer to what I'm used to, which is just looking at the yardage book, walking it off with my caddie. There's a lot more numbers, I think, than just the flagstick for us. But that's interesting. I didn't know that. I'll tell my caddie and then we'll do some work with it.”