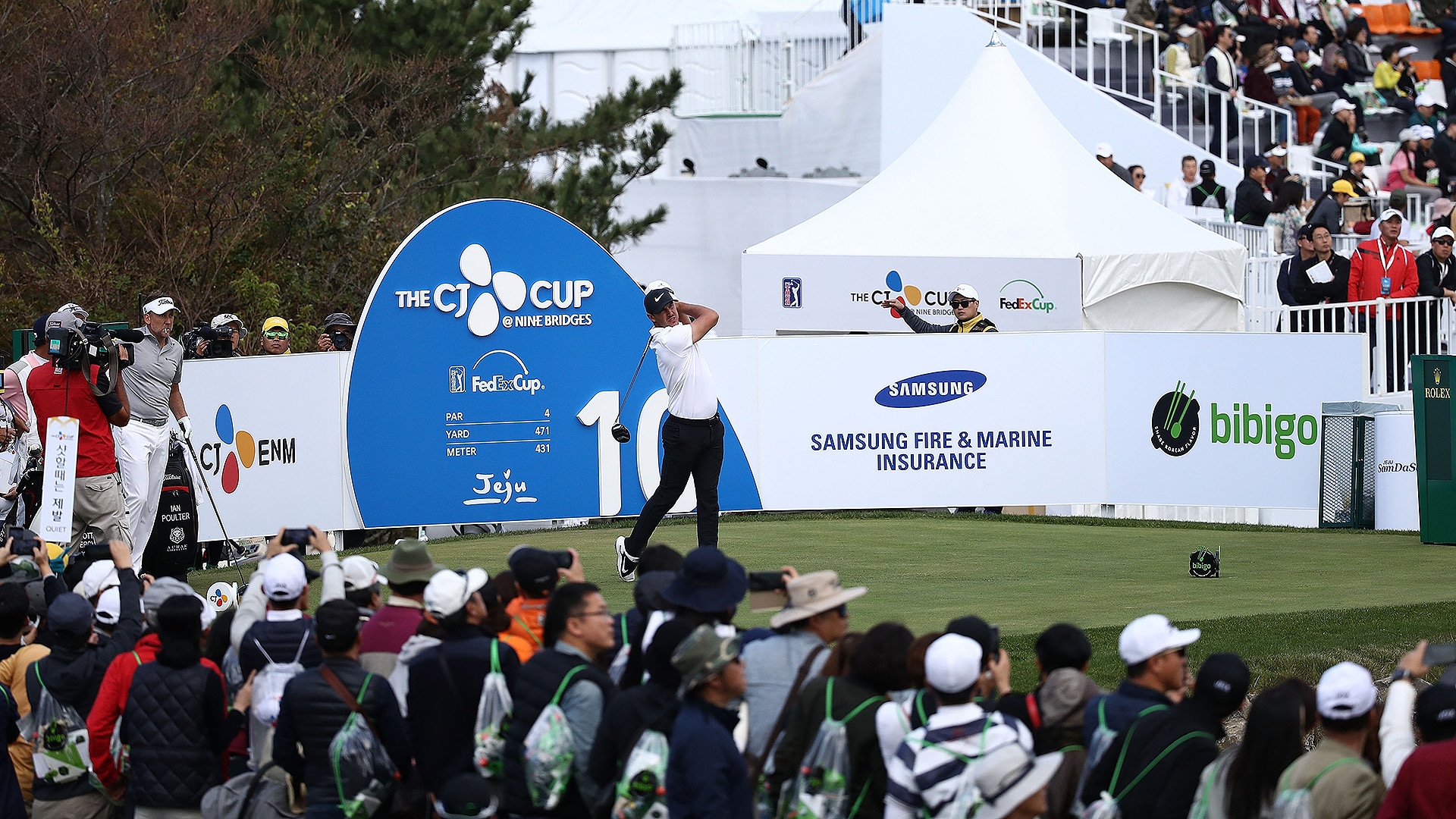 Two days after a cellphone incident boiled over and led to a three-year suspension for a player on the Korean Tour, the PGA Tour warned its members of possible cellphone interruptions during the circuit’s upcoming Asian swing.

A memo was sent to Tour players Wednesday explaining that “it is illegal in South Korea and Japan for any mobile phone manufacturer to sell a phone that allows the user to silence the faux shutter sound on their mobile phone camera.”

The CJ Cup in South Korea and the Zozo Championship in Japan will be played later this month. 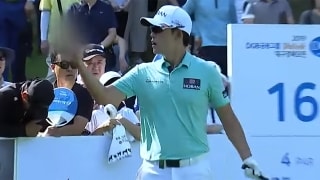 The Korean Professional Golfers’ Association announced Tuesday that Bio Kim has been suspended for three years for making an obscene gesture Sunday during the final round.

At last week’s DGB Financial Group Volvik Daegu Gyeongbuk Open, Bio Kim lost his temper after a cellphone camera shutter went off during his downswing on the 16th hole on Sunday. Kim flipped off the crowd and slammed his club into the ground.

The Korean PGA announced Tuesday that Kim was suspended for three years for making the obscene gesture.

In an attempt to avoid similar situations at the CJ Cup and Zozo Championship the Tour explained in Wednesday’s memo that marshals at both events “will instruct spectators not to distract players on the tee boxes, in the landing areas and around the greens by taking pictures during a swing.” 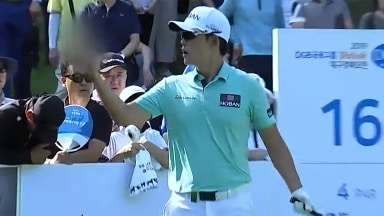 The Korea Professional Golfers’ Association announced Wednesday that Bio Kim’s suspension was reduced from three years to one. 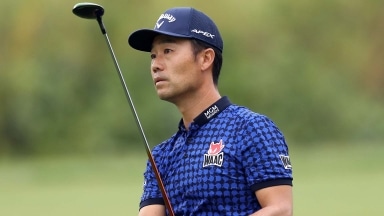