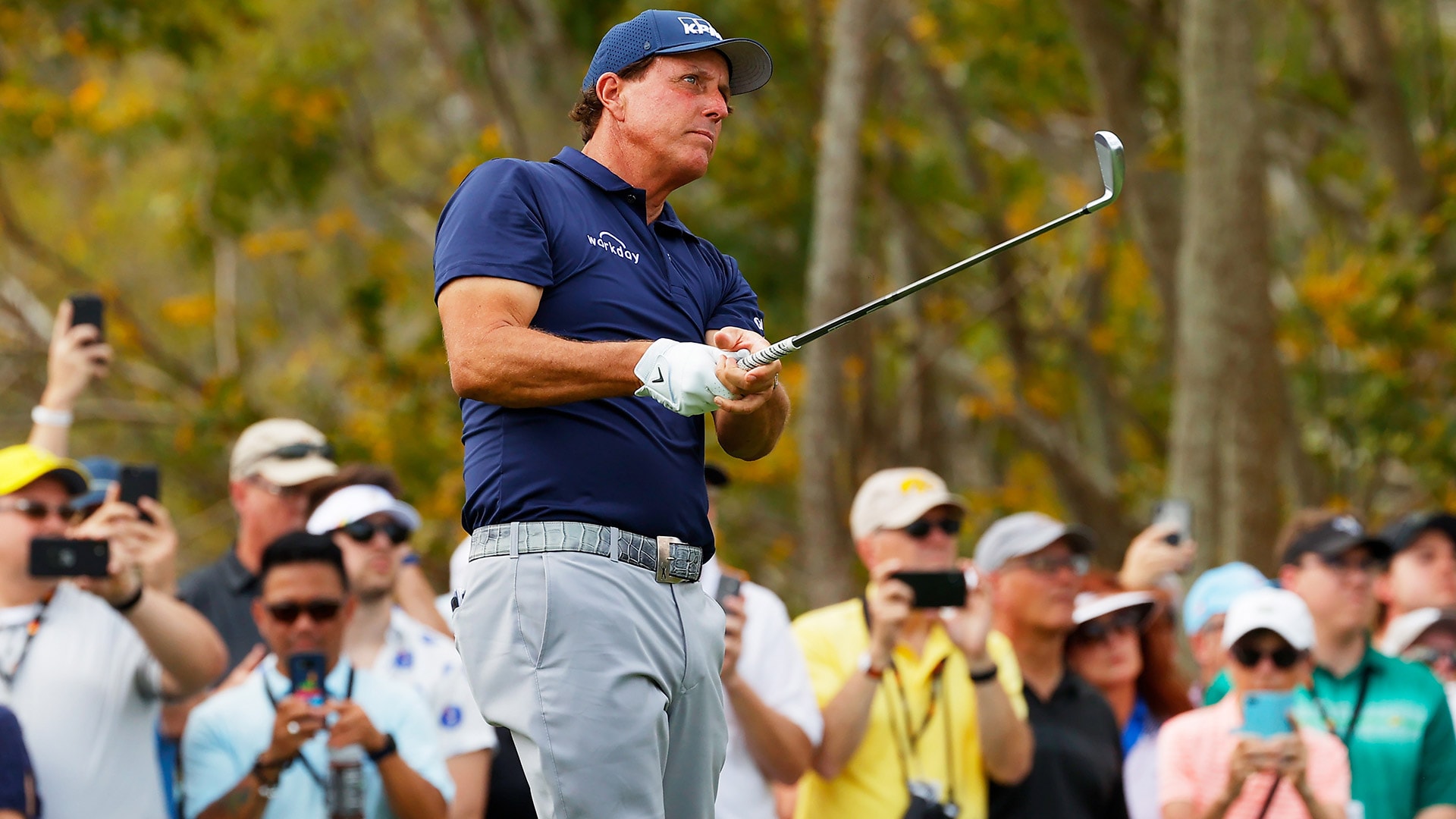 ORLANDO, Fla. – Those expecting to hear Phil Mickelson publicly declare his stance on the Premier Golf League will have to wait a little longer.

Mickelson told reporters at last month’s Genesis Invitational that he planned to have a “pretty good opinion” about the possible PGA Tour rival by next week’s event at TPC Sawgrass. But after missing the cut at the Arnold Palmer Invitational, Mickelson backed off that self-imposed deadline and hinted that it might be a while before he speaks in detail on the matter.

“I’m probably not going to talk publicly on that. I probably am going to refrain. I thought I might have an opinion by next week. I don’t know if I will, but I probably won’t talk too much about it,” Mickelson said. “Until there’s a little bit more to talk about, I really don’t have much to say about it right now.”

Mickelson has been perceived as one of the players who might consider jumping to the PGL, stating earlier this year that he was “intrigued” by the concept and playing with key PGL figures during the pro-am at last month’s Saudi International. On the other side of the coin is world No. 1 Rory McIlroy, who has stated that he doesn’t plan to leave the PGA Tour and explained Thursday that he “didn’t really like where the money was coming from” for the rival circuit.

When asked about the notion that the PGL could become a mechanism for enacting policy changes within the PGA Tour, Mickelson made it clear he doesn’t share McIlroy’s public relations strategy. 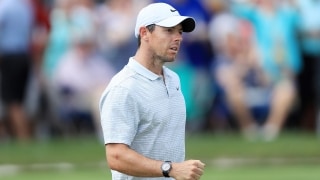 Rory on PGL: Glad I was first to speak out'

Rory McIlroy made his thoughts clear on the proposed Premier Golf League last month, but Thursday at Bay Hill he went on to explain his motivation to speak out.

“Well, I wouldn’t come out and say I’m not going to it right away, and lose all your leverage,” Mickelson said.

Mickelson needed a birdie on his final hole of the day to make the 36-hole cut at Bay Hill, but instead plugged his approach into a bunker and made double bogey. After rounds of 77-72 left him at 5 over, he’ll miss the cut in Orlando for the second straight year.

While he has a pair of third-place finishes this year, Mickelson has now missed the cut in four of his last six starts and remains in search of some momentum.

“I thought it was a really hard golf course, and I enjoyed the challenge of trying to play in these types of conditions,” Mickelson said. “I’m a little frustrated that I haven’t gotten off to the start this year that I would have liked. But I’m not discouraged, I don’t feel like I’m that far off. But yesterday’s score was a little disappointing.”