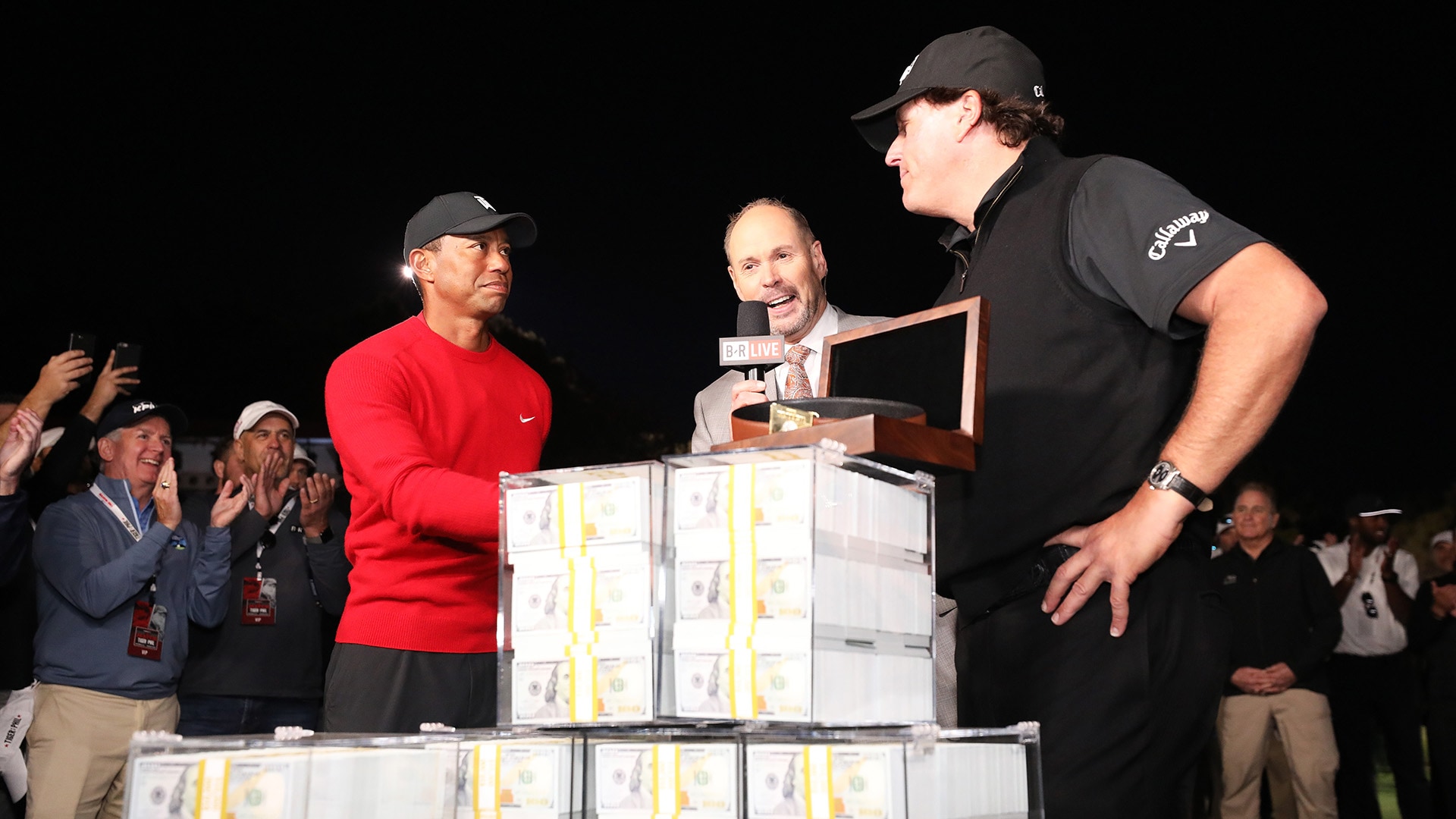 Sports fans desperate for some live action during these quarantine times might get their wish: A Tiger-Phil rematch?

Poking around on Twitter Sunday night, Phil Mickelson raised eyebrows and got hearts racing when he replied to user Chris Yurko’s plea for a little entertainment:

Whoa! That’d be a pretty big deal. You’re not just messing with us, are you Phil?

It’s unclear when the match would go down – the PGA Tour is on hiatus through at least mid-May – and how it would work, or even if Woods, who hasn’t played in more than a month, is healthy enough to participate.

As Mr. Yurko mentioned, it’d need to be a bare-bones crew, for the safety of everyone involved. And to be honest, we don’t need advanced technology or ShotTracer in times like these; just give us golf shots (and smack talk!), even if they're on Periscope, and we’ll take it.

Lest you forgot, the original Match was staged in November 2018 at Shadow Creek, and it was a kinda-sorta bust. Mickelson won the $9 million jackpot in a playoff over Woods, but it wasn’t a particularly well-played match and there were also sorts of technical issues that eventually resulted in free streaming for many.

But a Tiger-Phil showdown, for charity, is something we can definitely get behind.