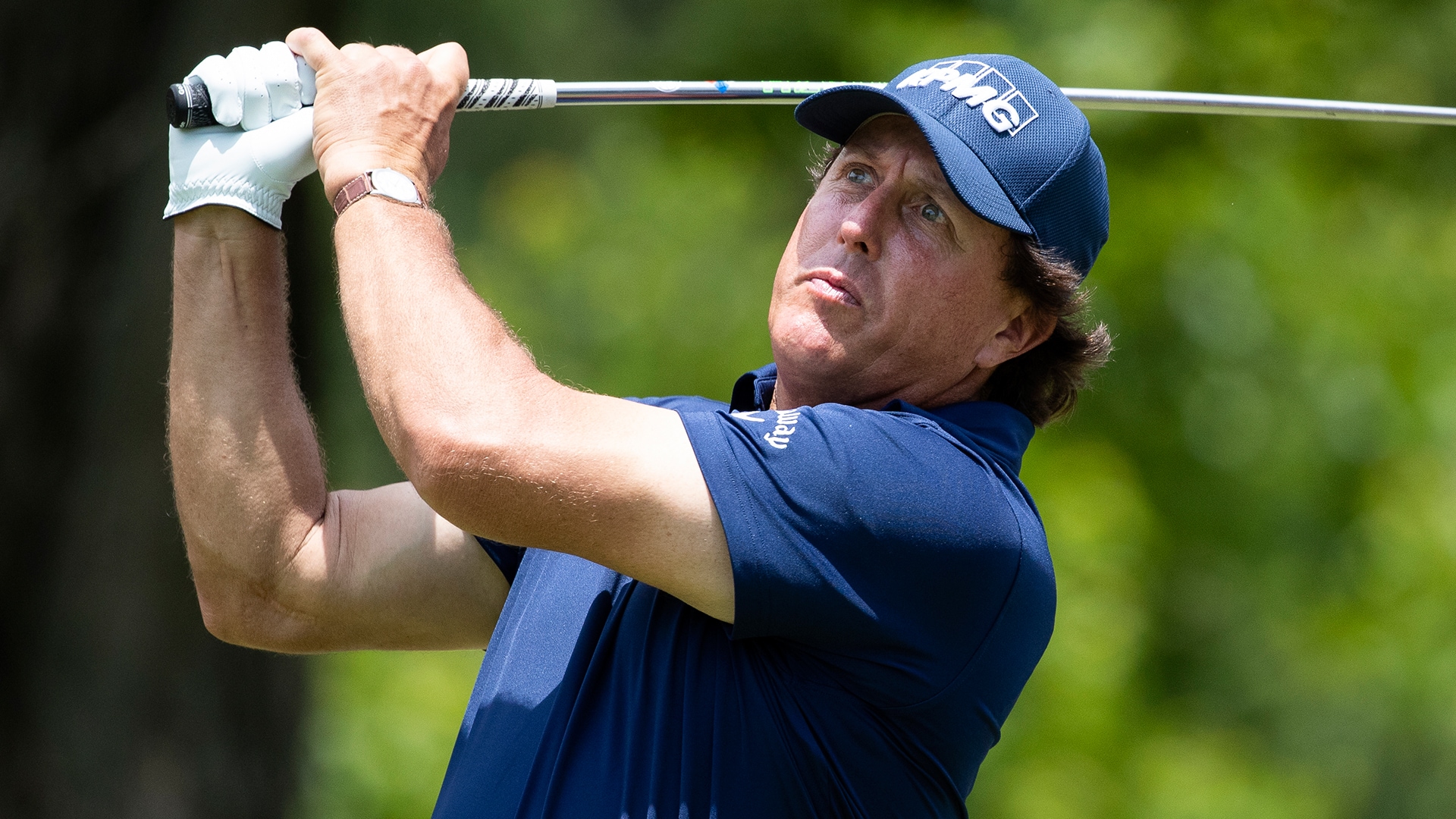 Talking to reporters Saturday at The Greenbrier, Phil Mickelson said that he didn’t “have much more to add” to the Golf.com report that he and Tiger Woods are in negotiations to play a $10 million, winner-take-all match.

Golf.com reported Friday that Woods and Mickelson were hoping to play the exhibition on July 3, but that all of the logistics couldn’t be completed in time.

Asked by reporters Saturday when the event might be rescheduled, Mickelson said: “I’m sure as soon as we know more, we’ll fill you in. But right now, I don’t have much more to add to it.”

Mickelson wouldn’t even say whether the exhibition was his idea or Woods’, offering only this: “I don’t really have anything else to say about it, other than the stuff is accurate.”

Woods isn’t expected to speak with reporters until he arrives on-site at Carnoustie in advance of The Open Championship.

Mickelson shot 70 in the third round to sit at 5-under 205 through three rounds. He was outside the top 35 when he finished his round.