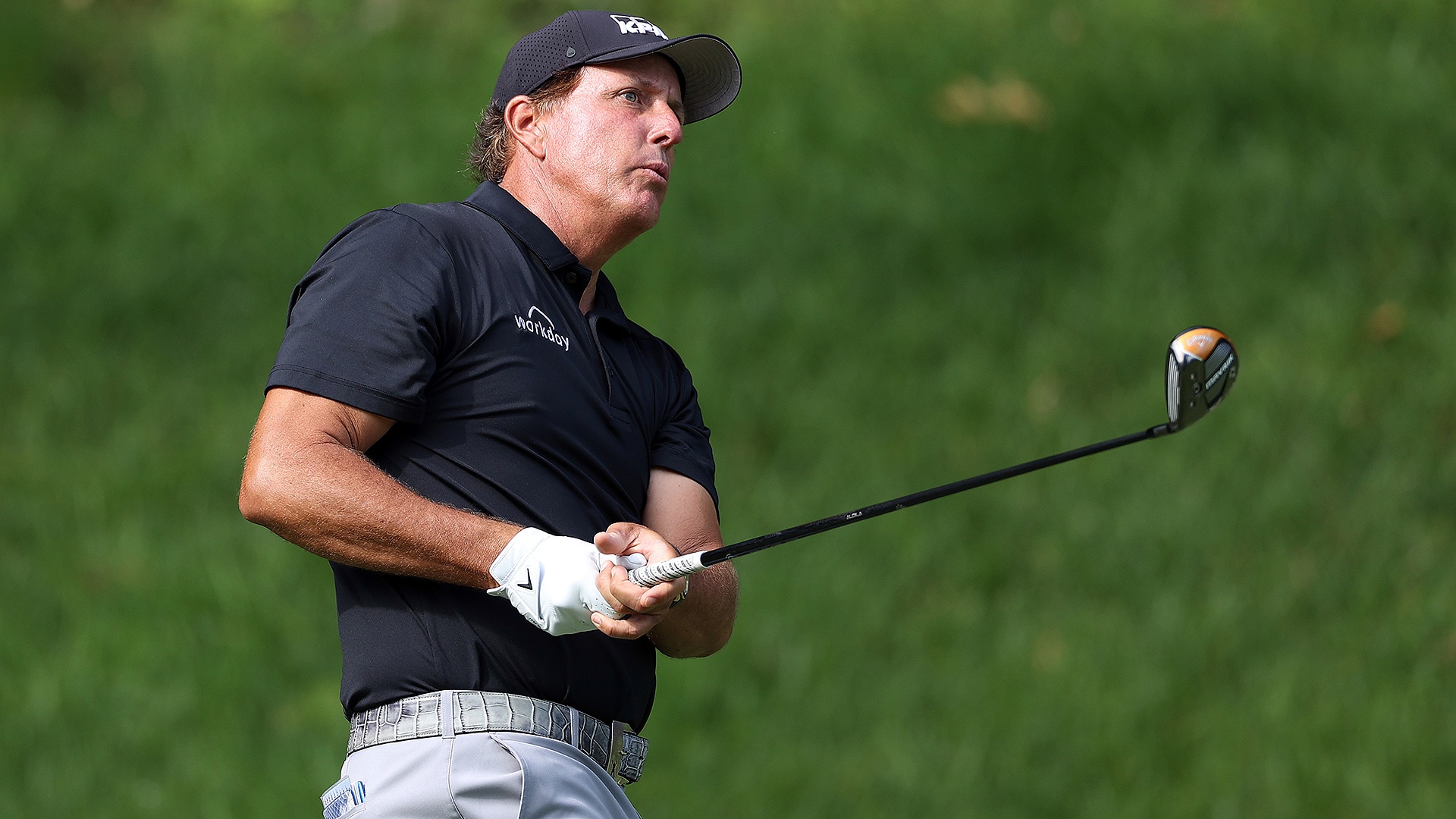 At least through one round, Phil Mickelson has kept Father Time at bay.

Making his first PGA Tour start since celebrating his 50th birthday, Mickelson flashed some vintage form with a bogey-free, 6-under 64 to open the Travelers Championship. Lefty played in a featured group alongside Bryson DeChambeau and Rory McIlroy, with the trio combining for one bogey while shooting 18 under par.

"I love what I do. I love my job. I love trying to play and compete, and I really enjoy playing with guys like Rory and Bryson who are just tremendous talents and trying to compete with those guys," Mickelson said. "I enjoy kind of watching and learning, but I also enjoy trying to play my game regardless of age."

Mickelson has struggled with consistency throughout this year, and he missed the cut at Colonial two weeks ago in his first start since the Tour's hiatus. He showed up at the Travelers in danger of missing four straight cuts for the first time since 1993. But in just his second appearance at TPC River Highlands since 2004, Mickelson looked more like the player who went back-to-back at this event in 2001 and 2002 while making six birdies and missing just two greens in regulation.

The score is Mickelson's lowest on Tour since the second round of the AT&T Pebble Beach Pro-Am in February, when he also shot a 64 en route to a third-place finish.

Mickelson's round came hours after the USGA confirmed that he officially has a spot in this year's U.S. Open. The six-time runner-up was not yet exempt for the year's second major at Winged Foot, but he was ranked 61st in the world rankings when the rankings froze in March. While the USGA typically uses a top-60 cutoff to help fill their field, they extended it to top 70 given this year's field will not feature any local or final qualifiers. 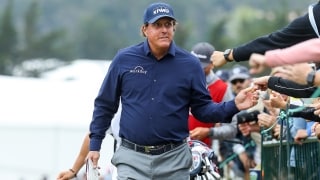 The USGA revealed its exemption categories for the championship contestants at Winged Foot. And guess who's invited.

Mickelson famously lost a 72nd-hole lead at the 2006 U.S. Open at Winged Foot, and 14 years later he'll return to the place where he came closest to getting his hands on the trophy. But reiterating comments he made earlier this year, Mickelson explained that he does not expect to accept a special exemption from the USGA if offered for another U.S. Open in the future.

"I've had 30 U.S. Opens. I've had plenty of opportunities," Mickelson said. "So if I don't qualify, I want somebody else who deserves a spot, too, to play. As long as I'm playing well enough to compete to earn my way into the field, then I want to play and keep trying to win that tournament."