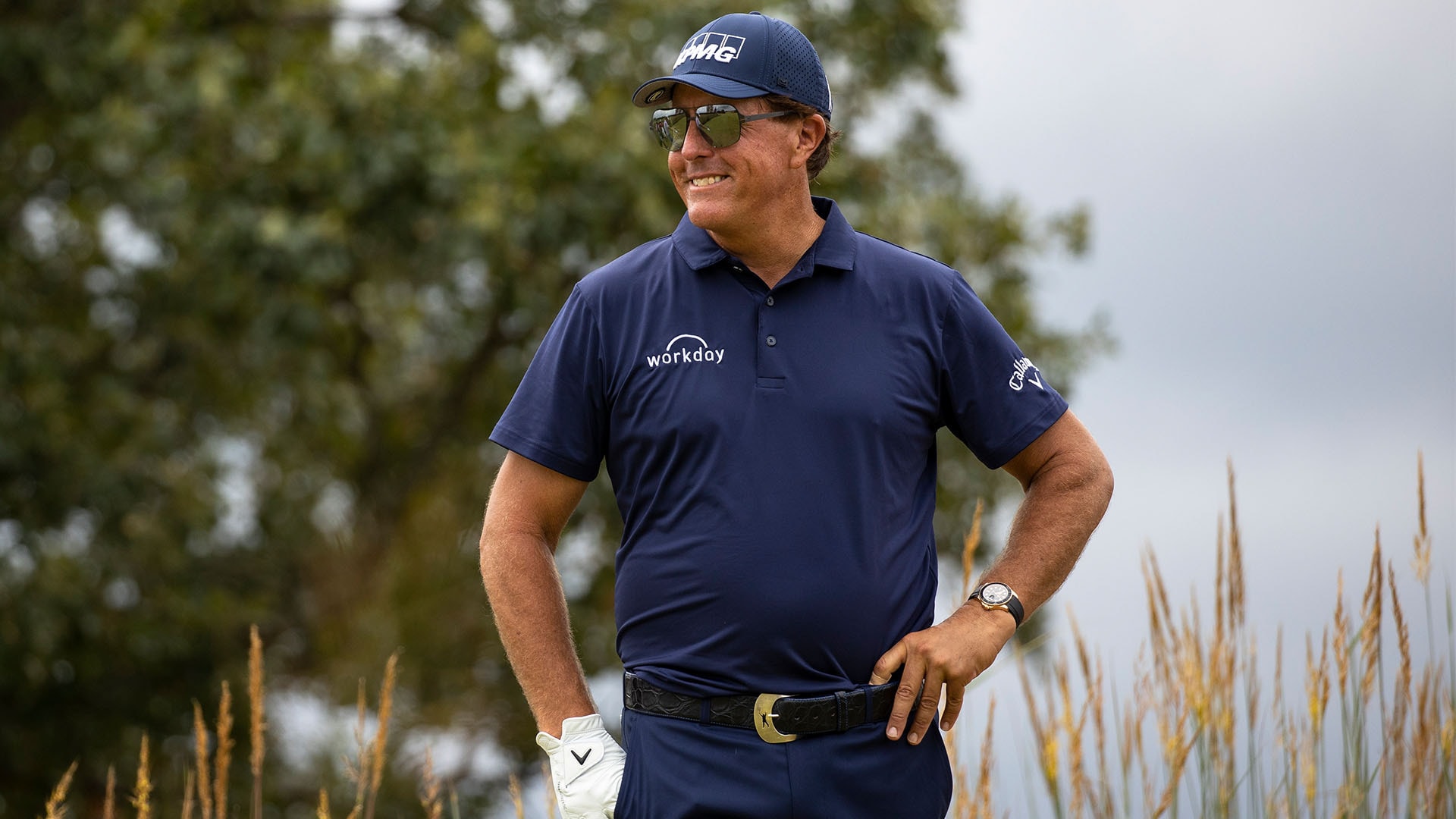 They’ve come before him.

But none of those proud champions sauntered onto the range – aviators on, chomping gum – with a swing coach, Trackman and personalized Yeti full of specially brewed coffee (available soon!). This is the Phil Mickelson Show, and this week, for the first time, he brought his endlessly entertaining brand of golf to the PGA Tour Champions. A late addition to the field after getting bounced from the FedExCup playoffs, in a Monday-Wednesday primetime coverage window with no competition, Mickelson instantly added gravitas to an otherwise sleepy event in the Ozarks. 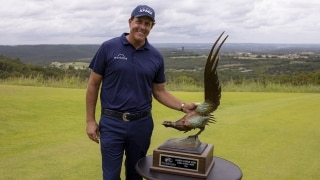 That Mickelson played exceptionally well for three rounds was an added bonus, giving the senior tour some needed vitality. He wasted little time etching his name in the record books. He fired the lowest debut round in tour history (61). Through two rounds he sat one shot off the 36-hole scoring record. He won by four shots and matched the lowest 54-hole total in tour history (191).

Speaking of his longtime rival, Tiger Woods said there’s “no reason” why Mickelson shouldn’t win each and every time he tees it up on the over-50 circuit. And he had a point. A 44-time Tour winner, Mickelson finished second last month in a World Golf Championships event against the best players on the planet. Since slimming down and adding speed, he is still capable of popping 325-yard drives, which makes him plenty long on the regular Tour but overwhelmingly long against guys who are smoothing it out there, on average, 277 yards. Sure enough, in his debut, Mickelson swung for the fences on Ozarks National’s generous fairways, sparking his final-round 66 by driving the green on the fifth hole and making eagle. For the week he led the field in driving distance (325 yards). But more than his powerful blasts, he took advantage of his still-world-class wedge game and, thanks to his recent work with putting guru Derek Uyeda, filled it up with 24 birdies and an eagle against just four bogeys.

“All it does is help us,” Billy Andrade said of Mickelson’s debut. “It improves our brand, improves our quality. I’m so excited. I think everybody is.”

Full-field scores from the Charles Schwab Series at Ozarks National

Mickelson admittedly was nervous before the start of the week. All eyes were on him, and he knew it. Furyk won last month in his debut. Els lost in a playoff in his first start against the seniors. After all, if you can beat the best players in the world, shouldn’t you be able to crush an older generation on easier setups while zipping around in a cart? “The expectation is there,” Mickelson said. “If you play well and win, well, you’re supposed to do that. If you don’t, it’s like, What happened? I wanted to make sure I was playing well when I played in my first one.”

It remains to be seen whether Mickelson will commit full-time to this tour. At the beginning of the year, with his 50th birthday approaching, he said he wanted to give himself six months and then reassess. He posted a pair of top-3 finishes in the first two months of the new year, then missed a bunch of cuts and sat out three and a half months, like everyone else, because of the coronavirus pandemic. This summer has seen more of the same: Some strong showings, then other weeks when he reminds us his best is behind him.

This spot start was a way to remain competitive and sharpen his game with the U.S. Open beginning in three weeks. His main takeaway was that he “got to shoot scores and compete.” So, for now, he seems content to use this tour as a training ground. Eventually, there’ll come a time when he grows tired of being outworked and outplayed by studs who are younger and bigger, who are stronger and better. And if he commits to that next phase – next year, in 2022, perhaps not until 2025, maybe not ever – he’ll find an audience eagerly awaiting his arrival.