Pressure gets the better of Kate Smith, but dream trip to Augusta National awaits 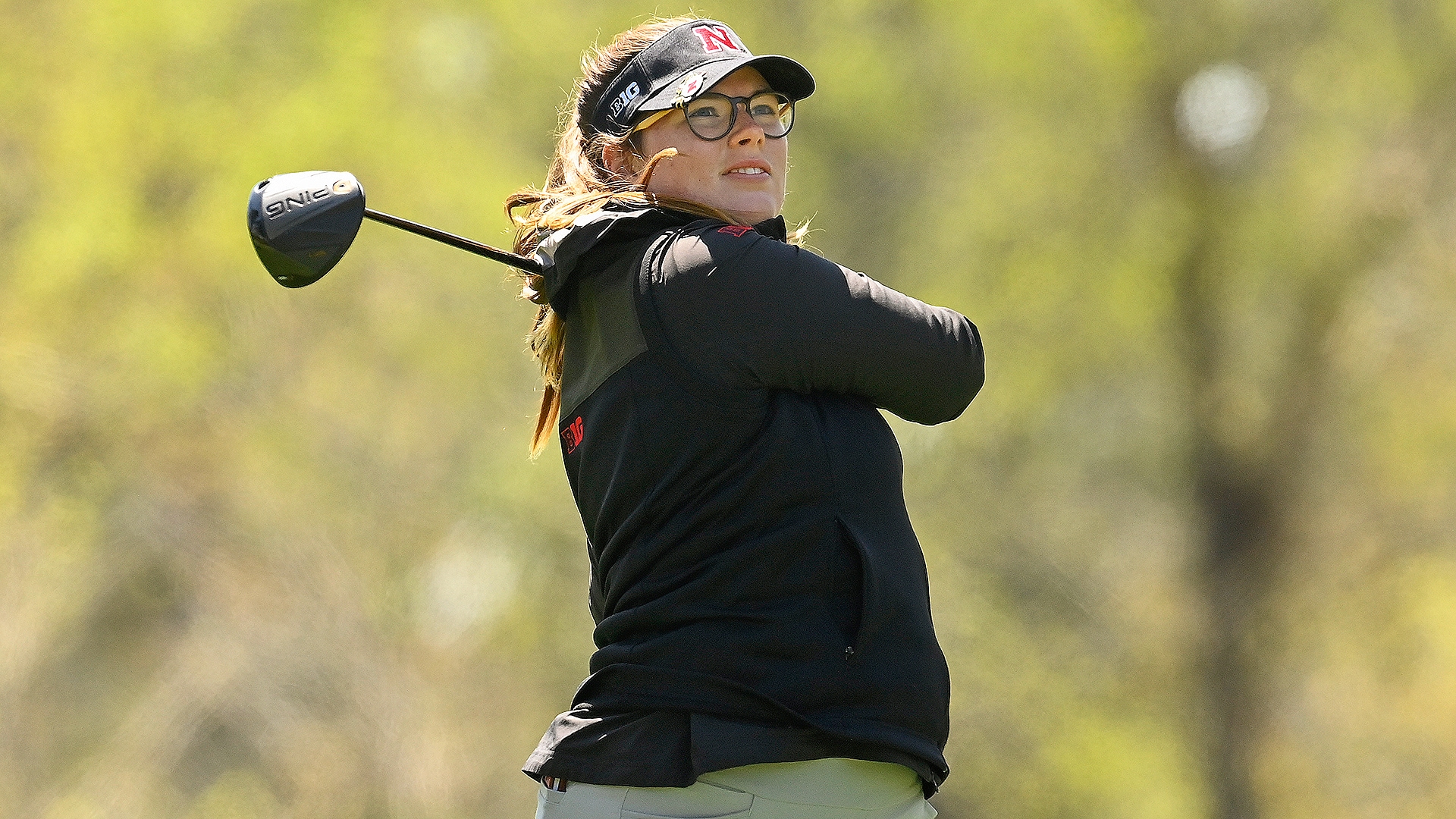 EVANS, Ga. – More than 13 hours after she first arrived at Champions Retreat on Thursday, Kate Smith stood near the clubhouse and tried to assess her current mental state.

“Normally the golf wouldn’t wear me out,” she said, “but just morning until night of pressure and cameras was a lot for me.”

A day earlier, Smith, a fifth-year senior at Nebraska who was one of the last players into the field here at the Augusta National Women’s Amateur, had set a blazing pace in her opening round, going 4 under for her first 11 holes. She was facing a 7-footer for par when the horn blew because of inclement weather in the area. When a significant storm blew through, soaking the fairways, first-round play was called for the day and Smith was the headliner, three shots clear of this star-studded field.

And so that afternoon, in front of TV cameras for the first time, Smith gleefully told her story: About how she’s a graphic design major currently working two internships. How she got the email from Augusta National last fall, letting her know she was under consideration for an invitation as one of the top 30 Americans. How the Minnesota native trained deep into the winter, wanting to start sharp. How a recent attitude adjustment – believing she could win here, not just make the cut – had already started seeping into her game, leading to her breakthrough college victory two weeks ago.

By the time she left the course, Smith’s phone was flooded with messages. She was shouted out by TV personalities on social media. With a marathon day on tap for Thursday, she tried to go to sleep at 9 p.m. ... and instead stared at the ceiling past midnight. 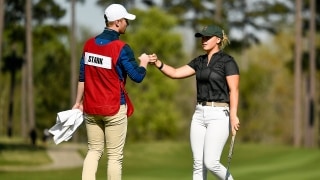 “I just laid there,” she said. “I just thought about my opportunities for the next day.”

What she couldn’t have anticipated was an even meaner Champions Retreat. Already set up as one of the most demanding layouts the women will face all year, Smith was greeted in the morning by 45-degree temperatures and a steady 20-mph wind out of an entirely different direction.

Restarting at 7:45 a.m., Smith holed that remaining putt for par, but it was a struggle to the clubhouse. Back-to-back bogeys on Nos. 13 and 14 cost her the outright lead. A double on 16 gave her – after all that – an even-par 72 and left her two shots off the official first-round lead.

“I mean, a round of golf is 18 holes for a reason,” she said afterward.

The internal pressure was already building. “Yesterday I had nothing to lose, and today I had everything to lose,” she said. “It happens. Playing in the lead is always a good learning experience.”

Smith had a few hours to kill between rounds, so she called Nebraska coach Lisa Johnson and went over her game plan. She felt confident, ready to rebound. But the bogeys kept coming – on Nos. 2 and 4, then 6 and 7. Suddenly, she was no longer in title contention – she was battling just to make the cut for the top 30. 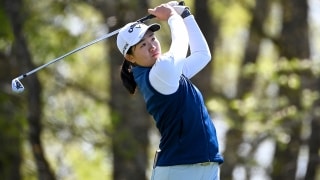 Understated Zhang co-leads thru 36 at ANWA

Rose Zhang lets her game do her talking and it speaks loudly. She shares the lead through 36 holes heading to Augusta National.

“It’s kinda helpless, right?” she said. “So it was hard, yes. But it was harder knowing that my heart rate was out of control and I wasn’t doing what I wanted to do on the course. I hit cut 8-irons every single day, all the time, and they just wouldn’t cut. I was nervous. My heart rate was up. And I was a little fast over the ball.”

A double on the 10th hole put her just a lone shot inside the cut line. She steadied herself enough to make six consecutive pars, but then she three-putted the 17th green to shoot 79 and drop into a 5-for-1 playoff.

On the first extra hole, Smith piped a drive down the middle, but once again her approach wouldn’t cut. After missing her 25-footer, she and the other playoff participants could only watch as Oklahoma State’s Maja Stark buried her 20-footer to advance.

Though only 30 players will compete in the third and final round Saturday at Augusta National, each of the 81 competitors get to tee it up Friday in a practice round at the home of the Masters. Smith isn’t dwelling on what could have been. She’s looking forward to soaking it all in, hitting shots she’s only imagined – and then rooting for the leaders the next day, from outside the ropes.

“I think it’ll be a lot more fun now,” she said. “I’ve heard some members talk about Augusta and how it’s playing right now, and I was already trying to mentally prepare for that while being here, and I don’t think I was in the present all the time. It’s a long week, and you’ve got to keep your head down and focus on what’s in front of you.

“But I’m excited. I’m excited to enjoy the week and watch some good golf and cheer on the girls. We’ve got to lift each other up, or it’s not worth it.” 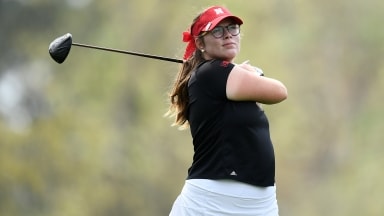 Nebraska's Kate Smith was alone atop the leaderboard when play was suspended on Day 1 at Champions Retreat.