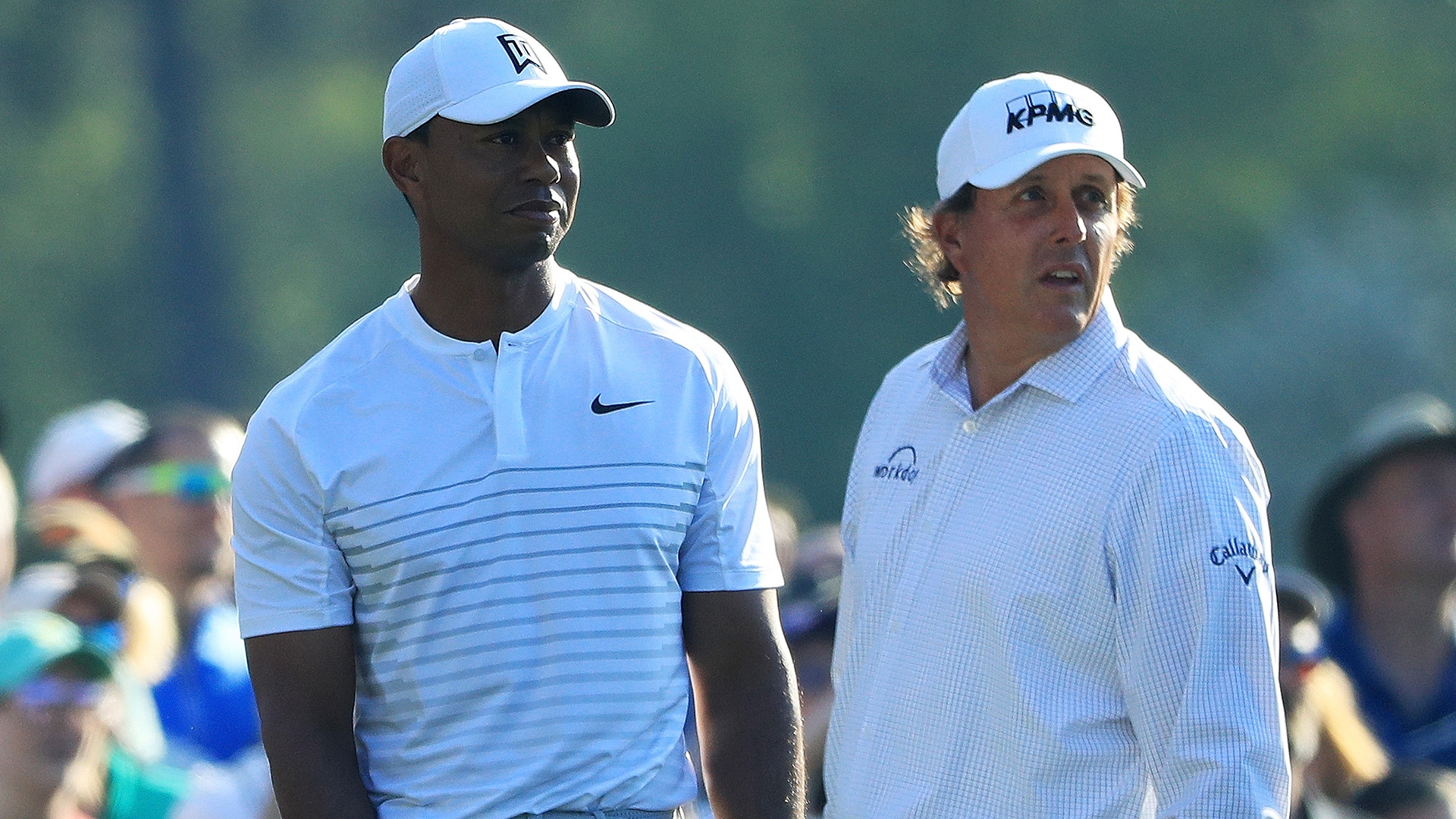 With the news Friday that Tiger Woods and Phil Mickelson are in negotiations to play a $10 million, winner-take-all exhibition match, we assembled two of our senior writers, Rex Hoggard and Ryan Lavner, to break down what it all means:

LAVNER: OK, Rex: What do you make of the Golf.com report that a $10 million Tiger-Phil made-for-TV exhibition is likely to happen?

HOGGARD: I think it might be a decade or so too late, but still a novel idea. These are two players who carried the game for 20-some years and anything that puts them head to head in a match (even one that's made for TV) is worth watching.

LAVNER: Agree. It's a decade too late, but it also never would have happened a decade ago. It's also probably a concession that we'll never get the showdown that we REALLY want: Tiger vs. Phil, Sunday afternoon at a major.

HOGGARD: It's amazing to think that Tiger and Phil were paired together in a PGA Tour round just 34 times. I'm also interested in hearing Tiger's side of this. This seems to have been Lefty's idea and I'm curious how much TW will embrace what will be an "exhibition."

LAVNER: We've been writing and talking all year about how this is a new Tiger, how he's friendlier and more mellow than in his prime. This is the best example yet. But it also adds a little context to their practice round at Augusta and their friendly banter at TPC Sawgrass. By that point they were already deep into negotiations. Does it now seem a little sleazy that they were playing us all along?

HOGGARD: Sleazy? No. Premeditated, absolutely. Phil doesn't do, or say, anything off the cuff. He's had a plan for this for some time. And what does Tiger have to prove with this? It's not like $10 million is going to impact his bottom line, and on the historical scorecard, Phil's really not a match.

LAVNER: The money - the same as the freakin' FedExCup bonus - is not life-changing for either player. And there's sure to be a charitable component. So there has to be something else at play here. It's hard to imagine that they're actually really good friends who want to travel the world playing exhibitions together, so to me it's just another opportunity for Tiger to rehab his image as he transitions into the next chapter of his life.

HOGGARD: Cynical much? There may be something to that, although after his U.S. Open snafu Phil's image may need a little nip/tuck as well. Phil has always said you play for whatever (money) makes you nervous, and since we both agree $10 million isn't going to get either player deep breathing on the 18th tee, may I suggest an alternative: Winner is given a spot on the U.S. Ryder Cup team this year in Paris, loser gets the keys to a vice captain's golf cart. Thoughts?

LAVNER: And ruin Jim Furyk's 18 months of planning? The nerve!

HOGGARD: Fine, loser has to wash the winner's dinghy. Better?

LAVNER: How do you feel about the idea of exhibitions in general? Like them or hate them? Want to see more of them?

HOGGARD: The right players at the right time are good for the game, particularly in developing countries. Imagine the impact this match could have if it were played, for example, in India?

LAVNER: I don't know how much it'd necessarily grow the game, but I grew up watching the "Battles at (fill in the blank)" and the "Wonderful World of Golf" series. It'd be a blast to watch today's stars duke it out.

HOGGARD: Agree, but it has to be the right stars at the right time. This is about the show as much as it is the competition. To prove the point, what impact, if any, would a Phil victory in this match mean? The answer: not much.

LAVNER: I don't think it even matters who wins this particular duel. I really don't. It's more about watching Tiger and Phil go head to head -- something we, sadly, never got to see during the prime of their careers.

HOGGARD: OK, what would be the head-to-head, primetime match you'd want to see most? DJ vs. Brooks? JT vs. Jordan? Rory vs. PReed?

LAVNER: Lest you forgot, DJ and Brooks just went head to head, and it wasn't must-see TV … Spieth-JT, Rory-PReed, Sung Kang-Joel Dahmen would all be wildly entertaining, if not ultimately significant.

HOGGARD: True, true. Getting back on point. What kind of "entertainment" action would you give Tiger vs. Phil? Given recent play, this would be interesting.

LAVNER: Based on recent trends, it depends if they're going to be putting on bermuda, bent or poa annua.

HOGGARD: Have to be a neutral site. Let's go with Cypress Point in October.

HOGGARD: Interesting. Let's "talk" later. Finally, if not Phil, who would you most want to see Tiger go head-to-head with in this kind of match?

LAVNER: Since I'm fairly certain that Tiger can take the now-78-year-old Jack Nicklaus, I'd love to watch Tiger compete in a Tiger Babies battle royale, going against Jason Day, Rory and JT - all of whom idolized Woods growing up.

HOGGARD: I like that, but given his track record against the Italian, I'd pay admission to see Tiger play Francesco Molinari. Or we can just wait until the Ryder Cup when they are matched up for a Sunday singles duel.

LAVNER: You might be the only person on the planet pining for that matchup.