Q&Gray: After a week off is Bryson DeChambeau ready to continue bashing? 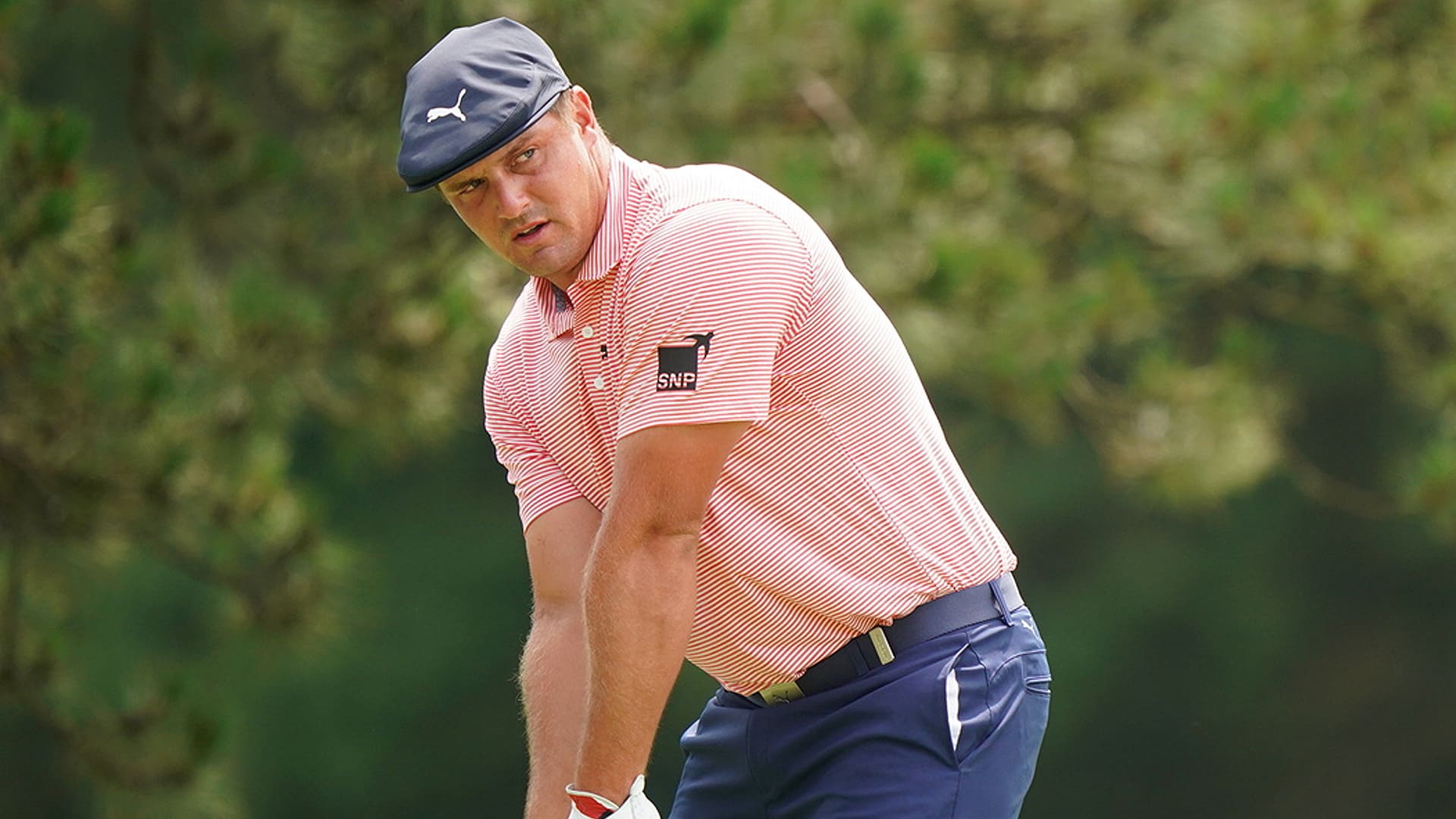 Don’t adjust your screens. We’ve returned for another week of PGA Tour action at Jack’s Place, as Muirfield Village hosts a tournament on the back end of a doubleheader. This time it’s the Memorial Tournament, with its trademark milkshakes and a loaded field, as some new faces arrive while others try to improve upon last week’s result.

From the reigning Masters champ to last week’s runner-up and the Tour’s longest player, here are some burning questions to consider as we ready for more entertaining action in Ohio:

What should the expectations be for Tiger Woods?

After five long months, Woods is leaving the green jacket in the closet and returning to life inside the ropes. Several stiff swings and a last-place finish remain the memories of his most recent (official) result, as he has otherwise been splitting his time in quarantine between practicing at home and challenging his kids on the tennis courts.

But Muirfield Village is a soft landing spot for the 44-year-old, a friendly haunt where he has won five times. It’s a place where you could expect him to quickly climb the leaderboard, leaning on the sort of accurate play off the tee that he flashed during a May exhibition match with Phil Mickelson, Tom Brady and Peyton Manning.

A sense of urgency is understandable, given that there’s a chance that this could mark Woods’ lone start prior to next month’s PGA Championship. But, overall, the play should be to pump the brakes and not extrapolate larger trends out of a handful of shots or scores. A strong result would certainly be considered promising, and a re-enactment of last year’s Zozo Championship, where he returned victoriously from a lengthy break, would exceed any expectations. But should Woods flash a little rust on a course that he knows well, one that can punish foul balls, it’s not reason for alarm. Instead, his decision to re-enter the fray is a positive sign in and of itself.

What can Bryson DeChambeau do for an encore?

Seven straight top-10s, eye-popping distance and a resounding victory in his last start at the Rocket Mortgage Classic. What’s next for the man seeking to break the Tour’s mold?

DeChambeau knows his way around Muirfield Village. After all, it was only two years (and probably 40 pounds) ago that he won this event in a three-man playoff. So there’s reason to expect further success, and now he’ll have viewers on the edge of their couches to see what sort of sight lines he’ll take at one of the more venerable layouts on Tour.

With thick rough and ample hazards looming around every corner, DeChambeau likely won’t be able to embrace the reckless abandon he flashed while dissecting defenseless Detroit Golf Club last month. But the potent combination of distance and accuracy will continue to pay dividends if his driver even resembles what we saw a couple weeks ago in the Motor City.

Big Bryson remains a huge storyline, following a one-week break. He'll have plenty of competition for the spotlight, but another powerfully accurate performance like we last saw, and the true distance gained might be between him and his peers.

Thomas was oh-so-close last week on this very course, coughing up a three-shot lead with three holes to play before losing to Collin Morikawa in overtime. It was a tough pill to swallow for a player seeking his third win of the season, and he spoke candidly in the aftermath about his view that he let one get away.

But Thomas won’t have to wait a year to get some revenge. Instead he gets to return this week to the same course, albeit with a few extra elements of defense. For some players this opportunity could come a little too soon, but Thomas appears all too eager to right the miscues he made coming down the stretch a few days ago. Along with DeChambeau, he is understandably viewed as one of the favorites against a field that more closely resembles that of a major championship.

Thomas has had a few off weeks this year, missing the cut on three occasions. But each of the other six times where he made the cut, he has left with a top-10 finish. That pattern could certainly continue this week, where he has top-10 results in two of his last three appearances. And if Thomas is in the mix heading into the final few holes on Sunday, don’t expect him to make the same mistakes again.

Are the world Nos. 1 and 2 ready to make a splash?

By and large, the winners since the Tour returned from a three-month hiatus have come from the upper echelon. Three of the last four events have been won by players ranked inside the top 10 in the world, and that trend would have been four in a row had Thomas closed things out on Sunday. But despite those top-heavy results, the top two players in the world rankings have been largely quiet.

Rory McIlroy finished T-11 at the Travelers in his most recent start, but spoke of a sense of burnout. The results have been even leaner for Jon Rahm, whose T-27 finish last week was his best in four starts since the break. This week, however, presents reason for optimism on both fronts: McIlroy has a history of success at this event, highlighted by top-10 finishes in two of his last three starts, while Rahm is coming off a Sunday 64 that marked his best post-lockdown round by a large margin.

It’s not yet time to reach for the panic button for either player, especially with the year’s first major still three weeks away. But competing against a star-studded field with several of their closest competitors already racking up trophies, it could be a good time for both McIlroy and Rahm to start putting the pieces together as the Tour readies for a torrid fall stretch.