Rahm has grown to love Torrey Pines, on and off the course 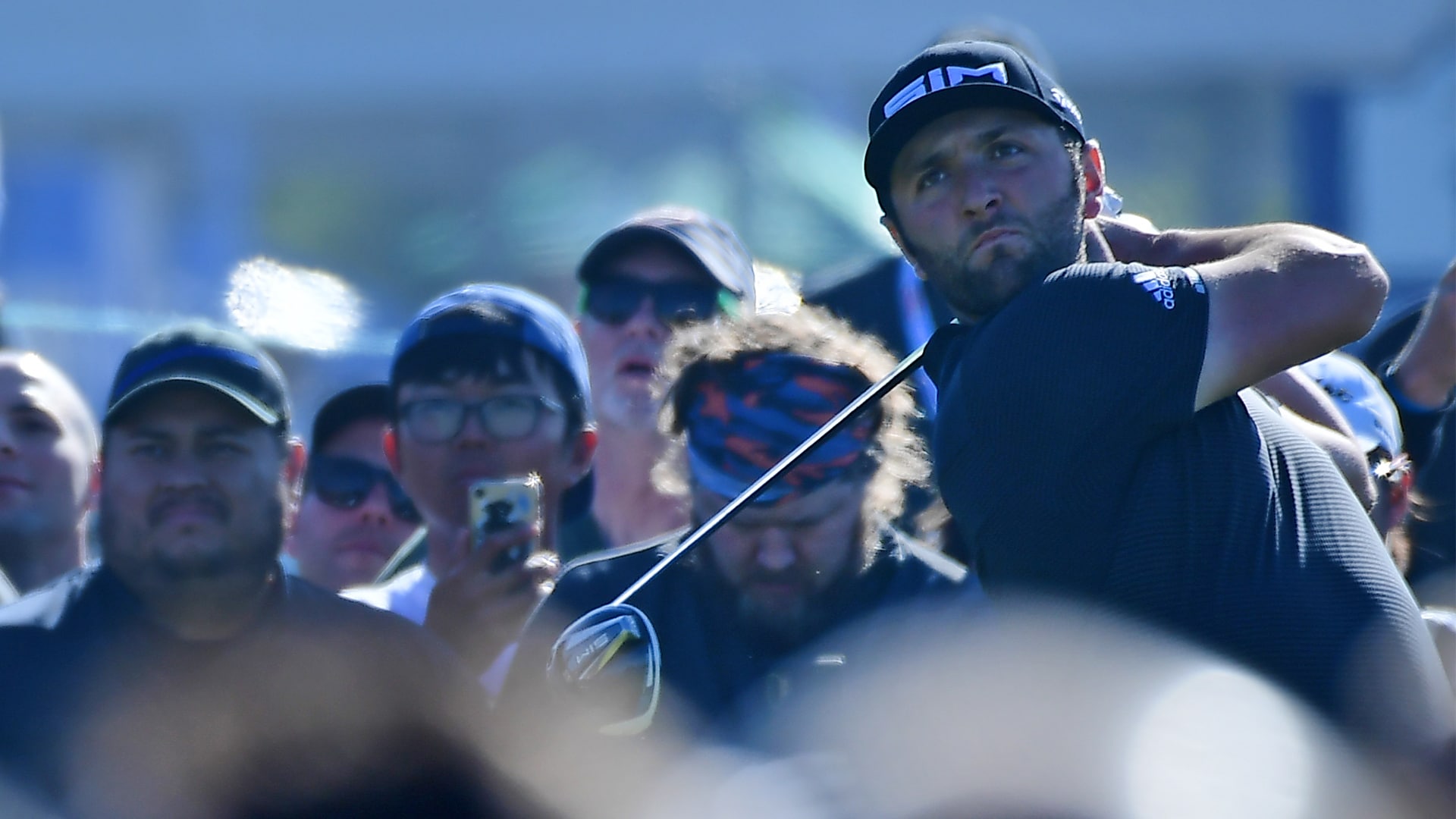 SAN DIEGO – Jon Rahm’s relationship with Torrey Pines didn’t get off to a great start.

In 2016, the Spaniard made the drive over from Phoenix with then-girlfriend Kelley Cahill for the Monday qualifying event. He missed qualifying for the tournament by a stroke.

“I missed it by one and we drove back. A year after (2017) I win the tournament the way I did,” Rahm recalled Thursday at the Farmers Insurance Open where he’s back in the hunt following a first-round 68 on the North Course that left him tied for 11th. “So, the history here, it's pretty special.”

But Rahm’s affinity for the San Diego-area goes beyond professional success. He asked Cahill to marry him along the rugged coast. Although he and Cahill were married last fall in a ceremony in Spain the couple plans to have a second wedding in San Diego in February for relatives and friends who couldn’t make the trip.

Jon Rahm married Kelley Cahill on Friday at his childhood church, Basilica of Begoña in Bilbao, Spain, and the photos are stunning.

“We come here a lot. I come quite often because it's kind of like a getaway. We love coming here and that's why we keep having such great moments in life out here, too,” he said. “Hopefully there's many more to come.”