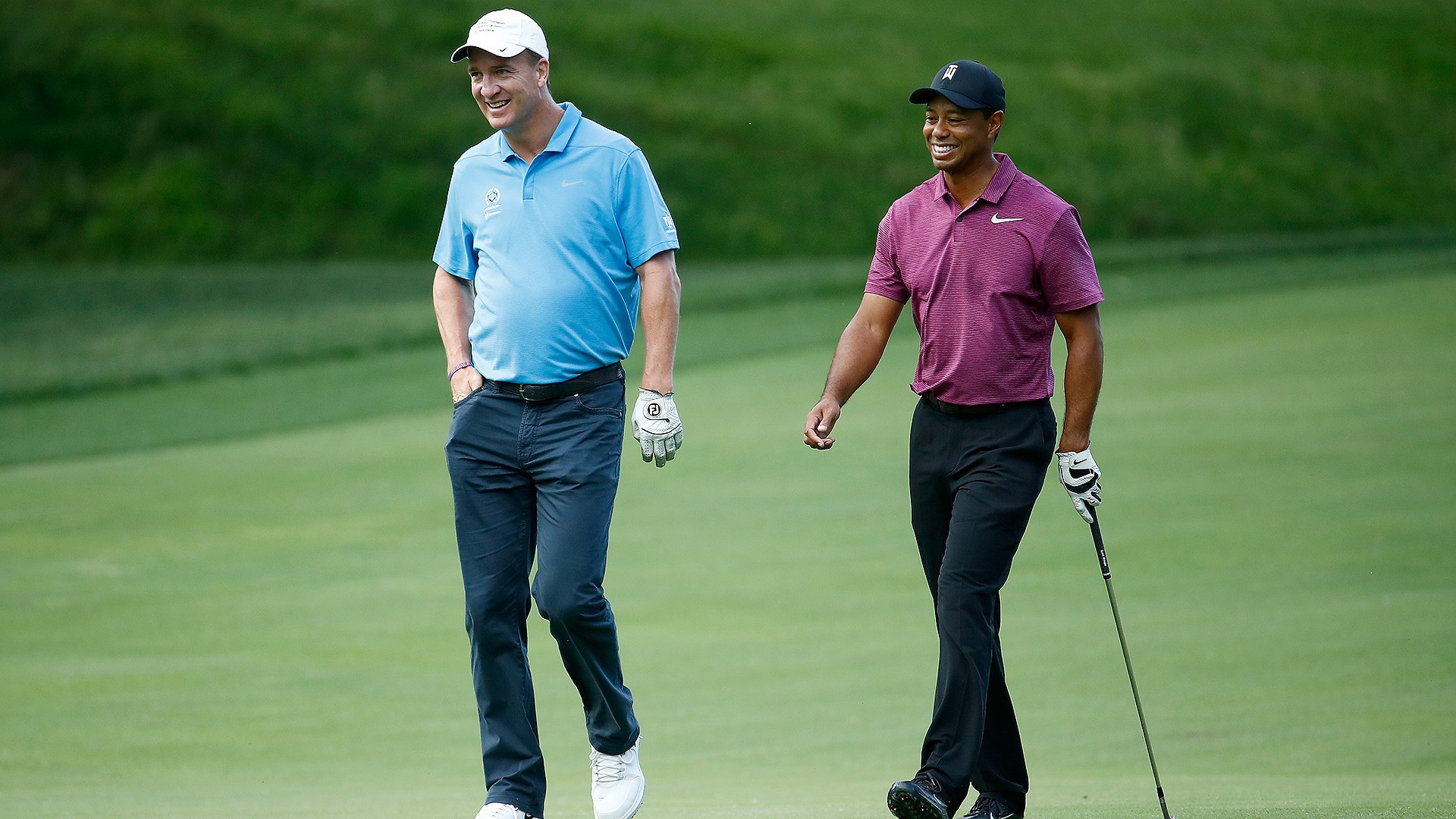 A possible rematch between Tiger Woods and Phil Mickelson might also include another pair of high-profile stars, albeit from another sport.

Woods and Mickelson clashed for $9 million in November 2018, and earlier this week Mickelson hinted on Twitter that a rematch might be in the works as golf continues to plot its return to competition amid the COVID-19 pandemic. While Mickelson scooped the cash the first time around, the concept behind a rematch would be to raise money for charities fighting coronavirus.

According to a Golf.com report, the rematch might take on a team element: namely, a partner format including Tampa Bay Buccaneers quarterback Tom Brady and his retired rival, Peyton Manning. Both Brady and Manning are avid golfers, and last year Manning played with Woods during the pro-am at the Memorial Tournament. The concept would call for Woods to pair with one quarterback while Mickelson teams with the other.

According to the report, "various parties are coming together" to organize the match, which would be played on an unnamed Florida course instead of in Las Vegas for the first iteration. The match would be shown on "regular Turner programming," with advertising revenue going to charity, as opposed to pay-per-view, the distribution option chosen for the original match which led to mass refunds. The proposed timing would be "two weeks before any major league gets back to business."

The PGA Tour issued a statement Tuesday, stating, "Discussions along these lines have been ongoing for quite some time, but nothing has been approved by the Tour."

To comply with social distancing guidelines, the match would reportedly be played without spectators, with all players remaining at least 6 feet away from one another during play.

While most professional golfers, including Mickelson, have been sidelined for weeks because of COVID-19, Woods' hiatus extends further. He has not played since the Genesis Invitational in February, having opted out of three high-profile events including The Players because of injury before PGA Tour competition ground to a halt on March 12.