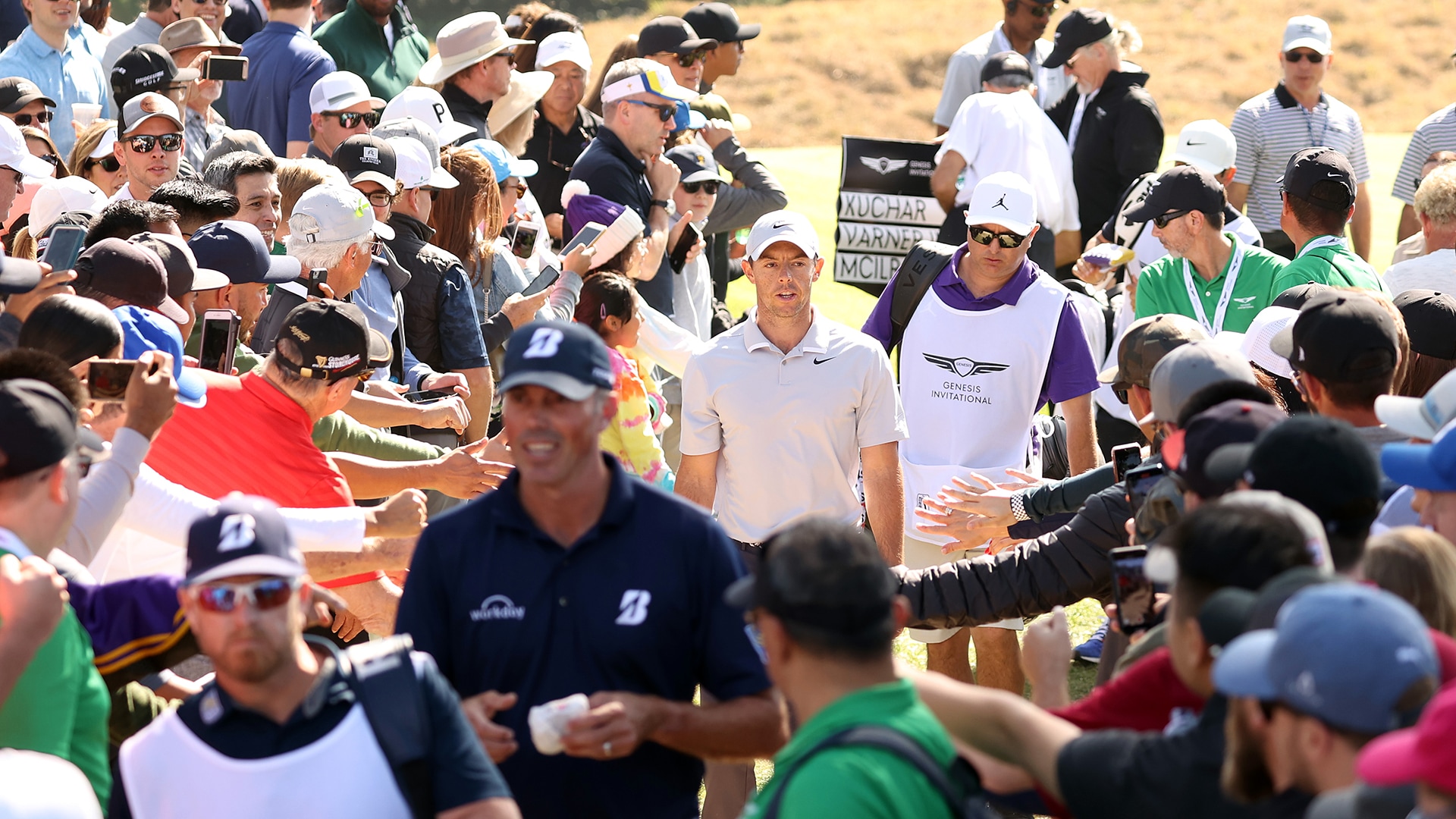 At 10 under for the week, Rory McIlroy, Matt Kuchar and Adam Scott share the 54-hole lead at the Genesis Invitational. Here’s where things stand through three days at Riviera, where tournament host Tiger Woods had a particularly difficult day on the greens:

What it means: McIloy is the new No. 1 who overtook Brooks Koepka last week when both players were out of action and who now looks to further legitimize his claim to the top spot with an immediate win. He is hunting his 19th PGA Tour title, his second win this season and his fifth victory in the last 11 months, dating back to last year’s Players Championship. Two back to start the day, he pulled into a tie for the 54-hole lead with a third-round 67. Standing between McIlroy is a pair of proven winners in Kuchar and Scott (67). Both players are in the midst of career resurgences, with Kuchar coming off a two-win season in 2018-19 and Scott, the 2005 winner at Riviera, just recently ending a three-year worldwide drought with a victory at the Australian PGA Championship in late December. Not to be overlooked, Johnson, the 2017 champion at this event, lurks just two back.

Rounds of the day: Talor Gooch and Hideki Matsuyama posted matching 64s to move to 7 under and 6 under, respectively. Coincidentally, both players made six birdies, one bogey, and an eagle at the par-4 10th.

Best of the rest: L.A. native and local resident Max Homa also moved up to 7 under with a round of 65. He opened with an eagle at the short par-5 first and added five more birdies, dropping his only shot at the par-4 15th.

Biggest disappointment: Tournament host Tiger Woods signed for a 5-over 76 lowlighted by a four-putt at the par-4 13th, his fourth hole of the day.

Afterward, Woods conceded that he was “a little rundown” and that his body was stiff. Woods is 67th out of 68 players in strokes gained: putting and has surrendered 5.62 shots to the field this week on the greens.

It was the cap on a three-hole stretch Henley played in 4 under par following back-to-back birdies at Nos. 9 and 10.

Quote of the day: "I hit it nine times. Anything else? Is it a record or something?” – Ryan Palmer on his sextuple-bogey 9 at the par-3 14th, where he took six shots to escape a greenside bunker. 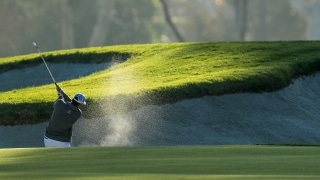