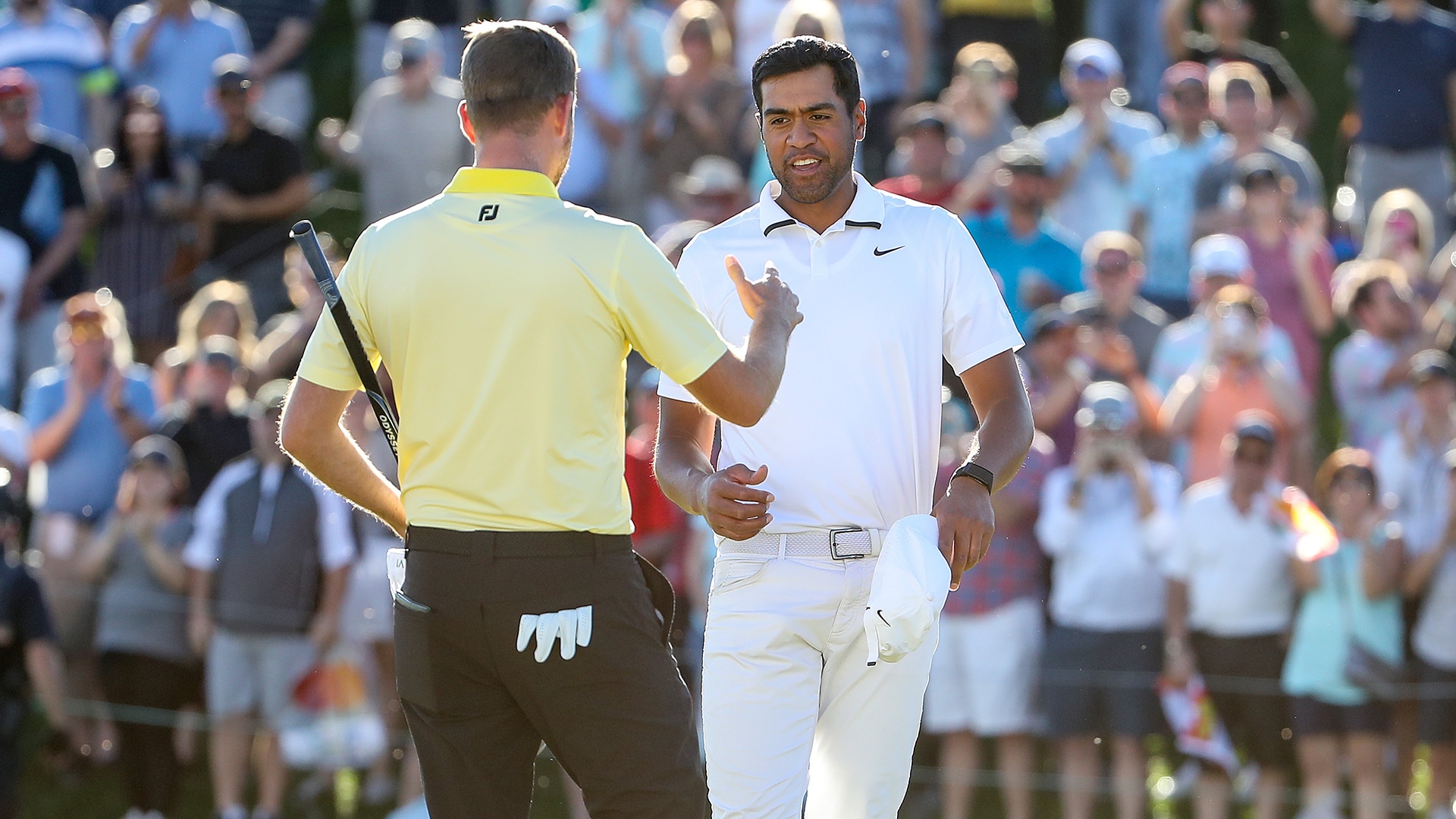 SCOTTSDALE, Ariz. – Tony Finau’s decorated career has been filled a number of close calls. But his runner-up finish Sunday at the Waste Management Phoenix Open might sting more than the rest.

Finau appeared in ideal position to notch his first full-field win on the PGA Tour, leading by two shots with two holes to play. But he failed to birdie the short 17th hole, missed an 8-footer for birdie on the last green that would have won the tournament and could only watch as Webb Simpson buried a 10-foot putt of his own on the playoff hole to close things out after making three straight birdies.

“Hat’s off to Webb. A couple birdies coming home, and if you’re going to get beat that’s how it should happen,” Finau said. “I definitely didn’t give him the tournament. He took the lead from me early and I got it late, but unfortunately it’s how the cookie crumbles today.”

Finau started the day with a one-shot lead over Simpson as he looked for his first win since the 2016 Puerto Rico Open, but he actually trailed Simpson by a shot after playing his first 11 holes in 1 over. He followed with birdies on Nos. 12 and 13 to regain the lead, then picked up another shot when Simpson bogeyed the par-5 15th.

While Finau didn’t make a bogey over the final four holes of regulation or the playoff hole, he missed two birdie putts from inside 10 feet and found a bunker off the tee on the drivable 17th when both Simpson and Hudson Swafford found the green. 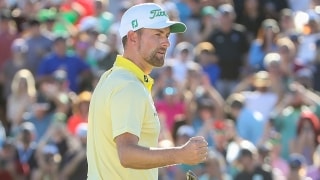 Webb Simpson closed with two birdies to take Tony Finau to a playoff at the Waste Management Phoenix Open. On the first playoff hole, he defeated Finau for his first win since 2018.

Finau was a late add to the field, having originally committed to the Saudi International, and he leaves TPC Scottsdale with his third finish of T-6 or better already this year. But he has now been a runner-up seven different times since his Puerto Rico victory, and win No. 2 will have to wait at least another week.

“It’s a bitter week as I look back on it. But man, lots of stuff to be learned,” Finau said. “I had a chance, a great chance to win this week. Unfortunately, it didn’t happen, but my game’s better than it’s ever been. I have more confidence now than I’ve ever had. And again, if you know anything about me, I’ll persevere through anything. If you want to say this is a stumbling block or whatever it is, to chase this next one, but I’ll knock it off soon and will be on my way.” 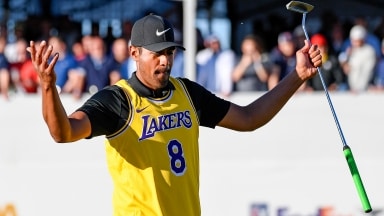 For Kobe! Finau drains long birdie on No. 16 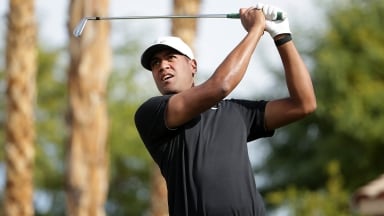 Tony Finau has withdrawn from next week's Saudi International but has pledged to play in 2021.