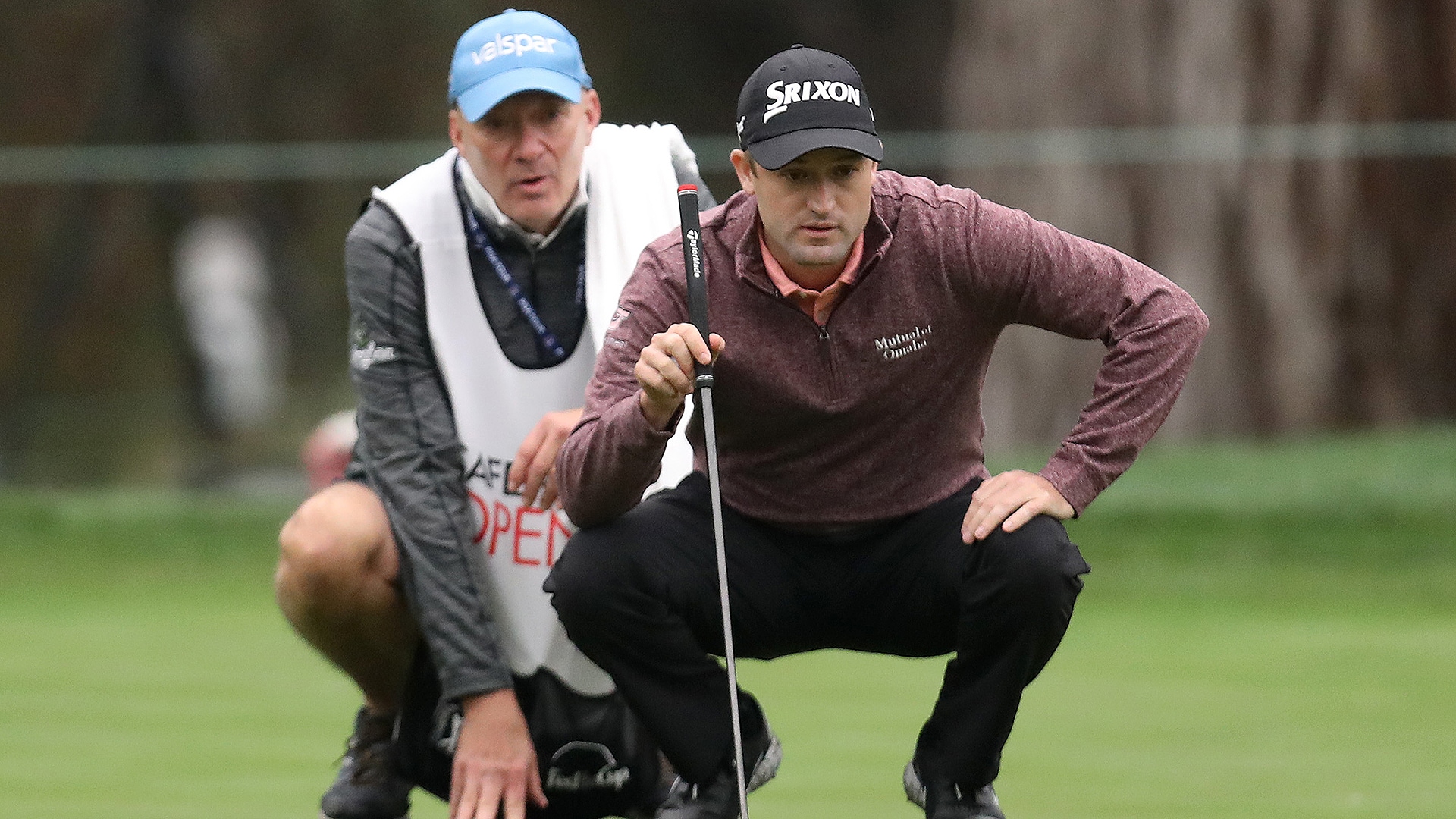 NAPA, Calif – Russell Knox shot a 9-under 63 on Thursday to take the first-round lead in the Safeway Open, the first event of the new PGA Tour season.

After missing the FedExCup Playoffs by two spots to close last season, Knox had seven birdies and eagled the 550-yard, par-5 fifth hole.

Knox is seeking his first victory since 2016 when he captured both the World Golf Championships-HSBC Champions and Travelers Championship for his only PGA Tour wins.

Historically a slow starter, the 35-year-old Scot had the first-round lead at Silverado Resort despite more early struggles.

Knox hit his first tee shot of the day into the rough and had to scramble for par. After two-putting on the par-3 second hole, Knox left his approach on No. 3 41 feet short of the pin, forcing another two-putt.

A birdie on No. 4 got Knox back on track, and the eagle on No. 5 jump-started his rise up the leaderboard.

''I knew this week that par-5 scoring would be big to your ultimate performance,'' Knox said. ''I hit a beautiful drive on No. 5 and hit a nice little 3-hybrid in there and managed to get it back there kind of close and made a nice putt. Obviously, it was a day where a lot of good things happened and definitely nice to get off to a good start.''

Knox was admittedly disappointed by missing out on the FedExCup Playoffs – he had qualified the previous six years – but used the time off to prepare for the Safeway Open while adjusting to new coach Mark McCann.

''I've worked as hard as I ever have the last two weeks before this event, so it's really nice to see something good happen immediately,'' Knox said. ''I definitely feel like my game is heading in the right direction.''

Burns made a late charge on the back nine and overcame a bogey on 17 when he his 7-foot putt for par went long. That came one hole after Burns holed out an eagle from the fairway on the par-5 16th. He came back to birdie 18 to get to 8 under.

''My iron play was good, made some good putts,'' Burns said. ''Unfortunately, kind of a bad bogey on 17 but overall a good day.''

Percy made three consecutive birdies to get into contention at the turn, then birdied both of the par 5s on his back nine to stay close.

Steele played bogey-free and made birdies on three of the final five holes to stay close. Steele won this event in 2016 and 2017 but missed the cut here last year.

''I really have a good sense of where you can be aggressive out here, where you need to be conservative, where you can miss it to different pins. I just kind of understood it right away, which is nice,'' Steele said.

Kevin Tway, the 2018 Safeway Open champ, was seven shots behind Knox after the first round. 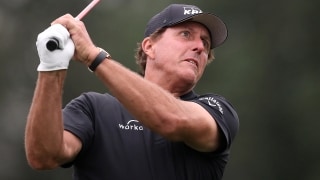 As he prepares for a return to Winged Foot, Phil Mickelson described his opening 71 at the Safeway Open as a "mini-victory."

''The best way to get ready for Winged Foot is to play well here,'' Mickelson said. ''These fairways are tighter and more difficult to hit than what we'll have next week. But the rough is going to be a lot more penalizing next week so it's a great way to work on driving, work on your golf swing.''

Play began after a lengthy morning fog delay, and some of the late starters were unable to finish the round before dark. The sky in Northern California has been filled with thick smoke from fires for the past two weeks, although the situation Thursday wasn't nearly as bad as it had been 24 hours prior when heavy ash fell and made breathing conditions difficult.

''Yesterday was very uncomfortable,'' Steele said. ''I hadn't seen anything like that as far as playing golf in it. I've been around too many fires in my time, but yeah, with the ash coming down and just how dark it was. I mean, (noon) there's lights on the putting green. That's not a normal occurrence for us. It really affected me yesterday, too. I didn't feel right all day.'' 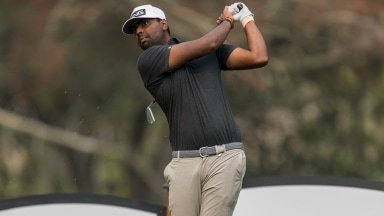 Sahith Theegala fired an 8-under 64 to move into contention Saturday at the Safeway Open. 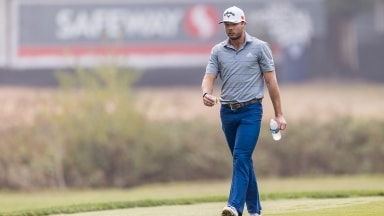 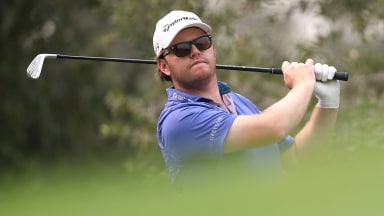 Harry Higgs ended his second round Friday at the Safeway Open with his first career albatross.