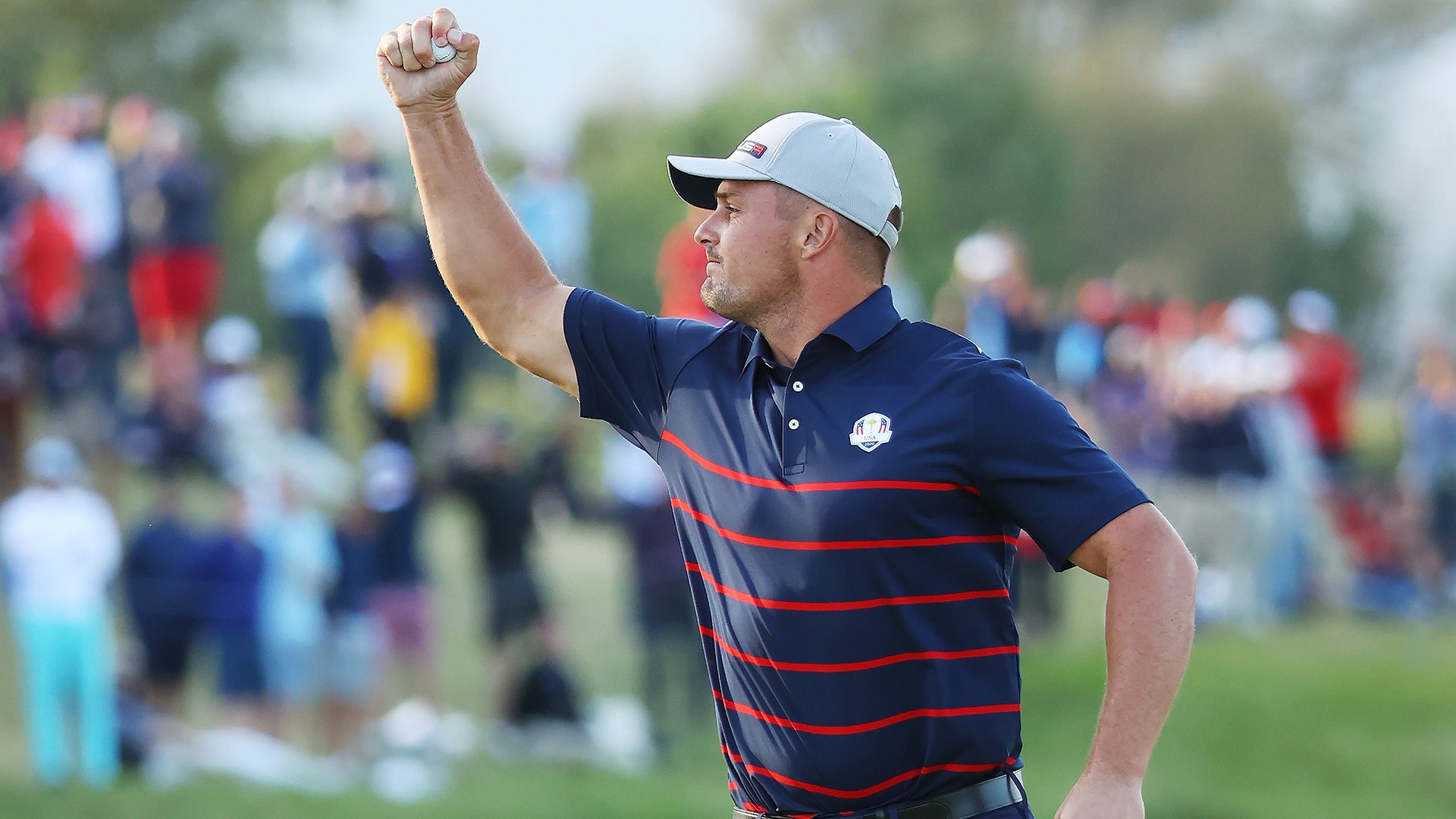 The U.S. leads Europe, 11-5, entering Sunday singles at the 43rd Ryder Cup. Here's a look at the 12 matchups at Whistling Straits (all times ET) with analysis from GolfChannel.com senior writers Ryan Lavner and Rex Hoggard. Click here to watch the matches, with coverage on NBC Sports beginning at noon ET.

Lavner: This is the third time McIlroy has been sent out in the leadoff spot, and previously he’s 0-2. That record could worsen going up against one of the Americans’ best players.

Hoggard: It’s difficult to imagine how McIlroy gets shut out, but his play this week has been uninspired and although it makes sense to hope for the best if you’re European captain Padraig Harrington this doesn’t end well for the Northern Irishman. 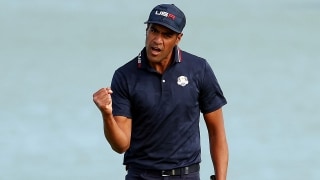 The Americans held off an afternoon charge by the Europeans to split the final fourballs session, 2-2, and take an 11-5 lead into Ryder Cup singles.

Lavner: The Irishman is one of the few Europeans who has shown signs of life, holing a clutch 10-footer for par on the final green Saturday night to give the visitors at least a glimmer of hope. That probably won’t matter against Cantlay, who has gone 3-0-1 so far.

Hoggard: Lowry has been a rare bright spot for the European team but, again, Patty Ice has been unstoppable since his victory at the BMW Championship and it’s difficult to envision how that changes on Sunday.

Lavner: The American rookie has the toughest task of all going up against Rahm, the world No. 1 who has been nothing short of brilliant. Godspeed, Scottie.

Hoggard: Rahm, Rahm, Rahm. The Spaniard has played inspired golf this week and Scheffler, who has been impressive in his Ryder Cup debut, won’t be the one who keeps him from a perfect 5-0-0 week.

Lavner: The day’s most intriguing matchup, between two polarizing characters. Garcia has been brilliant in partner play historically but sports just a .500 record in singles (4-4-1).

Hoggard: Garcia lives for these types of matchups and will, as DeChambeau likes to say, enjoy a spot “rent free” in his opponent’s head with a ruthless game that gives nothing away. The all-time points leader adds to that total.

Lavner: An intriguing battle of the class of 2019ers. Morikawa has had the upper hand this week, compiling a 3-0 record while Hovland has been a wildly disappointing 0-3-1.

Hoggard: This will likely be the match of the day between two of the game’s most promising young stars and is far too close to call.

Lavner: Two players going in opposite directions, as DJ looks to polish off a perfect 5-0 week while Casey looks to earn his first point.

Hoggard: Asked how DJ has asserted himself as a leader Collin Morikawa said he was “quiet” and led by example. That won’t change on Sunday when Johnson completes a perfect week.

Lavner: Koepka has been one of the few disappointments for the Americans, earning just a single point in three tries. If this thing is all but wrapped up, his give-a-hoot meter might be running low.

Hoggard: Another close match that could go either way, but the nod would have to go to Koepka, who began the week with plenty of question marks – both physical and motivational – but produced some of the U.S. side’s best moments.

Lavner: Does Poulter have anything left? In what is likely his final cup, he’ll put his unbeaten singles record (5-0-1) on the line.

Hoggard: This feels like Poulter’s swansong Ryder Cup in every way and despite a few flashes of that “Postman” brilliance, there is no storybook finish for the Englishman.

Lavner: Both players have been inconsistent but still had their moments. Of all the matches, this has the most potential to get chippy.

Hoggard: Another match that’s difficult to call, but it will be entertaining. Hatton’s kept his anger in check, but it appears as if there are limits and Thomas has assumed the role of emotional leader of the U.S. team.

Lavner: Only two appearances apiece this week. It’d be a shame to see Westy, making his 11th and likely final showing in the Ryder Cup, go out 0-3 before taking the reins in 2023.

Hoggard: Like Poulter, this is it for Westwood. Unlike Poulter, Westwood seems to have some game to go along with that fight. Another toss-up.

Lavner: Spieth’s putter massively let him down in a Saturday fourballs loss. For a player with his match-play pedigree, it’s a head-scratcher that he’s 0-3 in Ryder Cup singles.

Hoggard: There’s little chance this match means anything with the U.S. cruising with an 11-5 lead and it’s just as likely Spieth will be more interested in joining the victory celebration. Advantage, Fleetwood.

Lavner: If the match somehow comes down to these two, Fitz has more on the line: He’s looking to avoid becoming the first player in a half-century to play in multiple cups without earning a point.

Hoggard: Berger played decent in his first Ryder Cup, going 1-1-0 paired with Koepka, and has the fiery makings of a team staple, but if his celebration on the first tee with Thomas on Saturday was any indication he might be checked out by the time this match heats up.