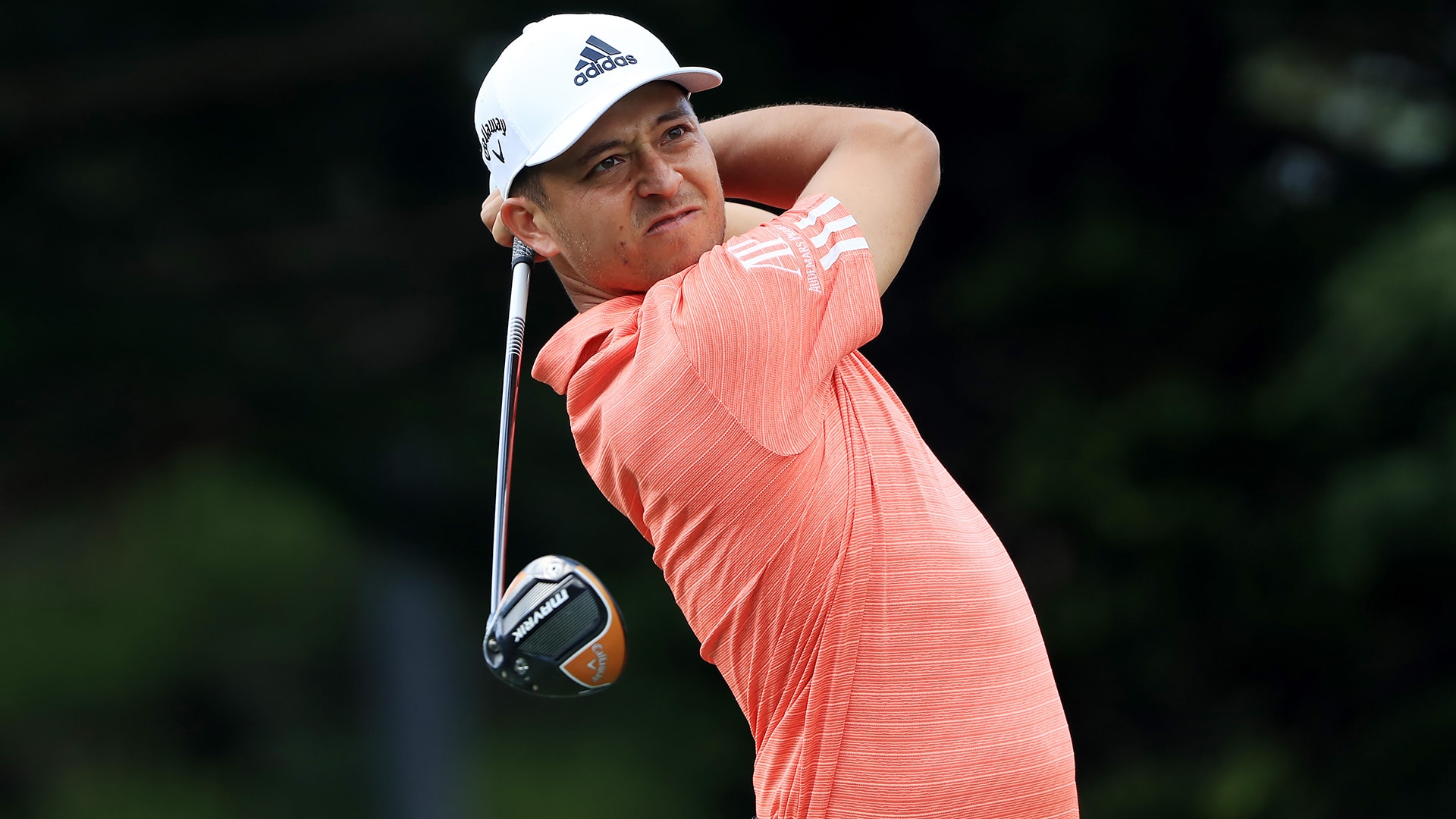 KAPALUA, Hawaii – The only thing that resembled paradise to Xander Schauffele at Kapalua was his name atop the leaderboard Friday at the Sentry Tournament of Champions.

Through bursts of rain and gusts that topped 30 mph, Schauffele managed to go bogey-free for the second straight day with a 5-under 68 that gave him a one-shot lead over Patrick Reed and Joaquin Niemann.

Schauffele is trying to become the first repeat champion of this winners-only event in 10 years. 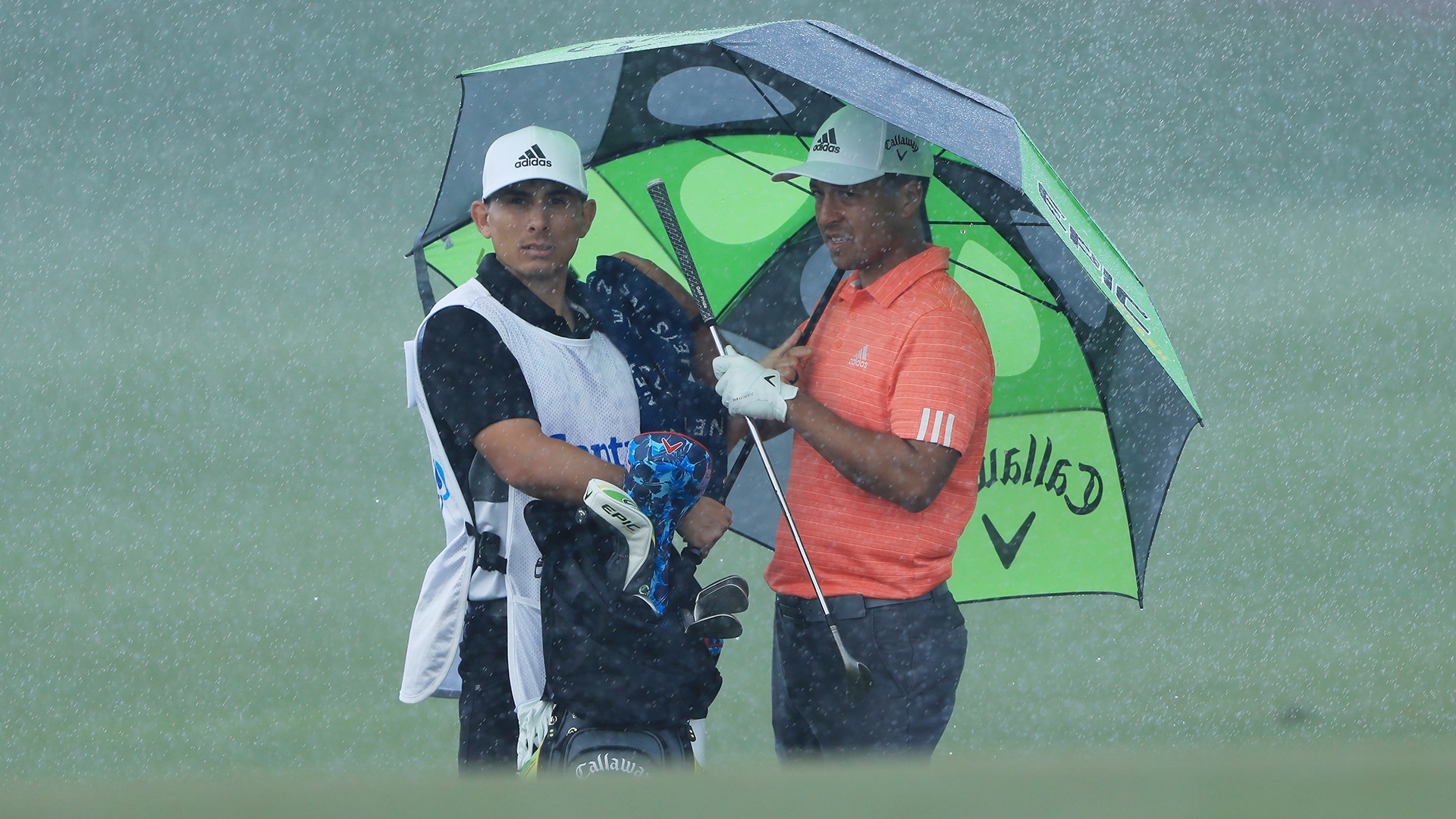 On this day, he was trying to keep it together.

Schauffele finished with a birdie, a two-putt par from just under 100 feet, and a 7-foot birdie on the final hole. That gave him the lead at 9-under 137, the highest 36-hole score to lead at Kapalua since 2008.

"A day of adjustment is sort of how I like to look at it, and glad we were able to come out on top," Schauffele said.

Reed made three straight birdies around the turn, lost two good scoring chances late, made up for that with a 30-foot birdie on the 17th and wound up with a 66 for the best score of the day. Niemann didn't make a birdie until the ninth hole and limited the damage enough for a 72.

Rickie Fowler (71) was two shots behind.

Schauffele won last year with a 62 in the final round, a score that now seems out of reach on a Plantation course with entirely new grass on fairways that remain soft because of rain. The greens have shelves that weren't there a year ago. And the weather was never this rough when he won.

"Besides looking the same and looking over at Molokai, very different," Schauffele said. "We're on the same property, but for the most part there's no memory I can fall back on when it comes to making a putt or hitting a bump-and-run shot on a certain hole since the green layouts are very different."

Justin Thomas was poised to join Schauffele until he missed the green at the 17th to the right and made bogey, and made another bogey on the 18th when his drive went left into the waist-high native grass. He was three strokes back after a 73.

Thomas had a moment that sized up the day. Hitting into the wind, his divot flew back toward his face and deposited in the back of his shirt, leaving tiny splotches of mud on his white pants.

The round was stopped twice, without ever taking players off the course, during a few burst of showers early that left standing water in too many spots. When told it would resume, Paul Casey asked if there was room to hit off the first tee. A puddle stretched from one end to the other, but just behind the tee markers.

It was a sign that Kapalua would play longer than ever, and that much was evident throughout the day. Shots that typically bounce and roll out some 30 yards were rolling a few feet, if not hopping back from their pitch marks.

Matthew Wolff hit a tee shot on the 18th that plugged in its pitch mark.

The temperature felt tropical. Otherwise, this was a test. 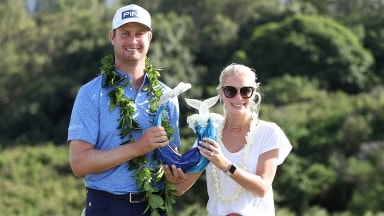 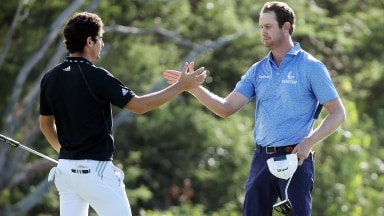 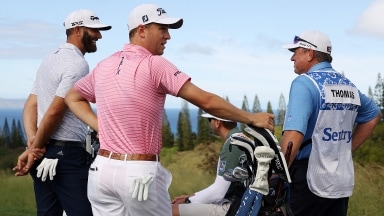