All 11 of those tests were negative although secondary testing results won’t be available until late Saturday or early Sunday. Among that group were Luke List and Vaughn Taylor, who were paired with Watney on Thursday, along with their caddies and Sergio Garcia. 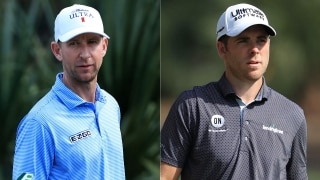 Watney traveled with Garcia to Hilton Head Island, S.C., on a private flight from Austin, Texas, where they both live.

“When we landed on Tuesday, we got tested. We were both negative. So, it was all good,” Garcia said. “I was surprised to hear that he tested positive two days, three days later. Obviously, I got my [coronavirus] test done yesterday, and I was negative. But it was about 4 1/2 hours of waiting, very anxiously, hoping that it was negative.”

Garcia, who shot a third-round 65 and moved into a tie for seventh place, said he traded text messages with Watney on Friday. Watney told him he was feeling better and had no fever.

“I felt terrible for Nick because he's probably one of the nicest guys on Tour,” Garcia said. “Unfortunately, it had to happen to him. There's a lot of other people that probably deserved it a lot more than him, and he's the one that got it.” 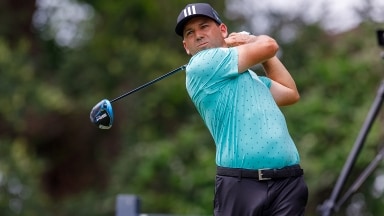