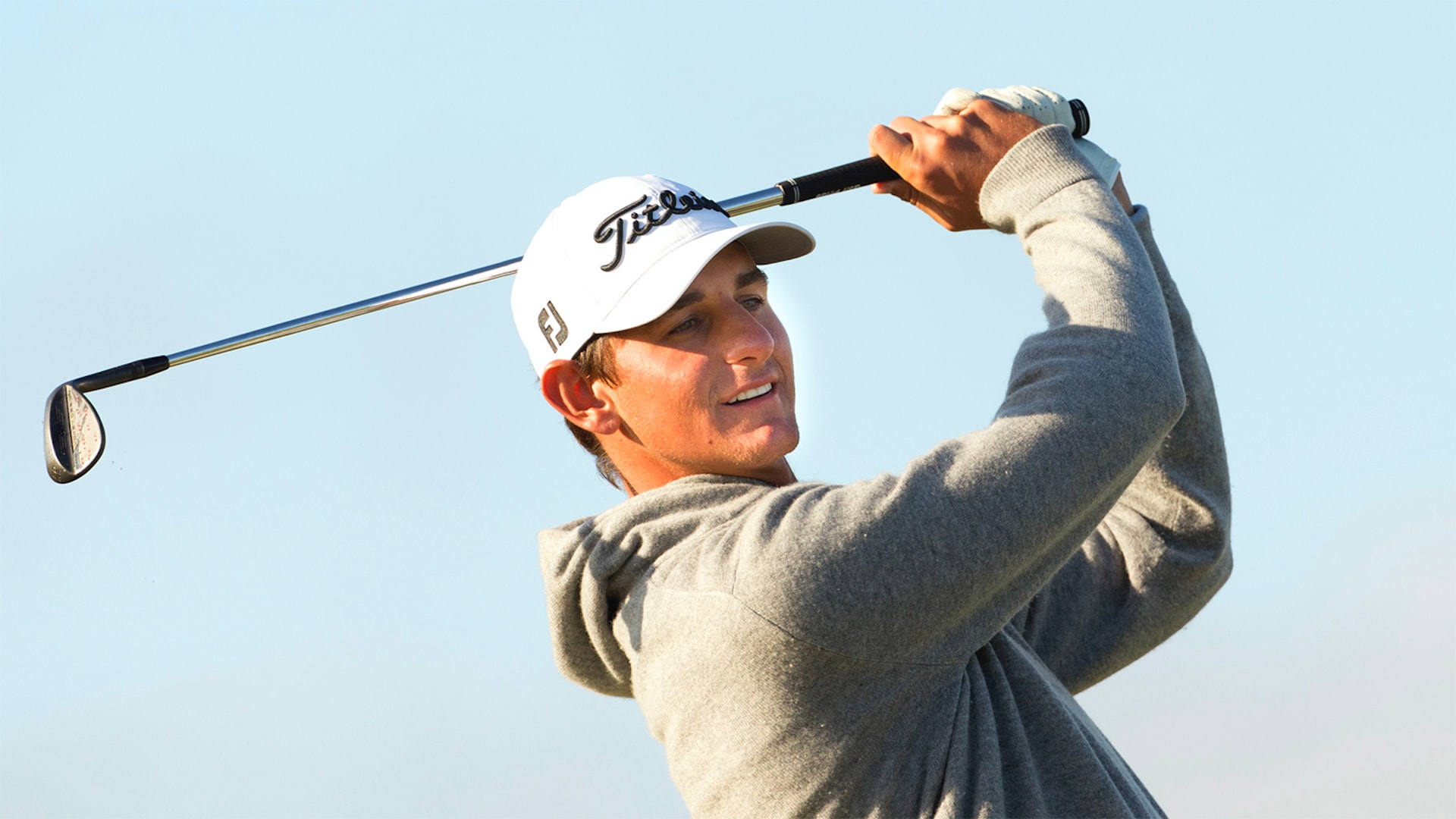 BANDON, Ore. – Each competitor at this week’s U.S. Amateur is allowed, per USGA rules, up to two people inside their “bubble.”

McClure Meissner is safely within that limit, choosing his dad, Kurt, and instructor, Bryan Gathright, to make the trip with him from San Antonio. However, if Meissner’s bubble appears a little bigger than others, it’s because it’s swelling with confidence.

The SMU senior, who earlier this summer topped a loaded field at the Southern Amateur, is off to a roaring start here at Bandon Dunes, firing a jaw-dropping 8-under 64 in windy conditions around the host venue.

Meissner birdied three of his first four holes, kicking that early stretch off with a 15-footer for birdie at the opening hole. He ended up with a bogey-free 31 on the front before birdieing three of his final four holes as winds started to really gain strength. He only missed two greens.

“It was nice to be able to get out early before the wind picked up,” Meissner said. “It picked up probably around hole 11 for us, so we were able to get 10 good holes in. … But you've still got to hit shots. It's still playing as hard as it gets.”

Meissner’s creativity playing in the wind, which he crafted growing up in Texas, was on full display. So was his newfound confidence. Until recently, Meissner would’ve never imagined himself in this position. Making the Round of 16 two years ago at Pebble Beach helped boost his ego, but even before last month’s breakthrough at Maridoe, Meissner needed a little encouragement.

“You’re one of the best players out there,” Gathright, who is caddying this week, told him during a lesson at Cordillera Ranch in Boerne, Texas, right before Meissner left for the Southern.

Meissner closed in 66 that week to win, and after a poor putting performance at the Western Amateur two weeks ago, Meissner is again playing like one of the world’s best amateurs. 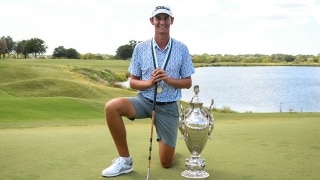 SMU senior McClure Meissner, coming off a huge victory at the Southern Amateur, has cemented himself as one of the top amateurs in the game.

Not that he was alone. Gupta, who didn’t even get into what is his first U.S. Amateur until Friday when Ricky Castillo withdrew, went out in 29 before tying the course record at Trails. McInroe, playing two groups behind Meissner, racked up eight birdies. Those two are tied for second, a shot ahead of solo-fourth Hunter Wolcott of Tennessee and two clear of Arkansas’ Julian Perico and Liberty’s Jonathan Yuan.

“That was one of the best rounds he’s ever played,” said Waves assistant and Feagler’s caddie, Blaine Woodruff.