Stock Watch: Can we get some real trash talk in these exhibitions? 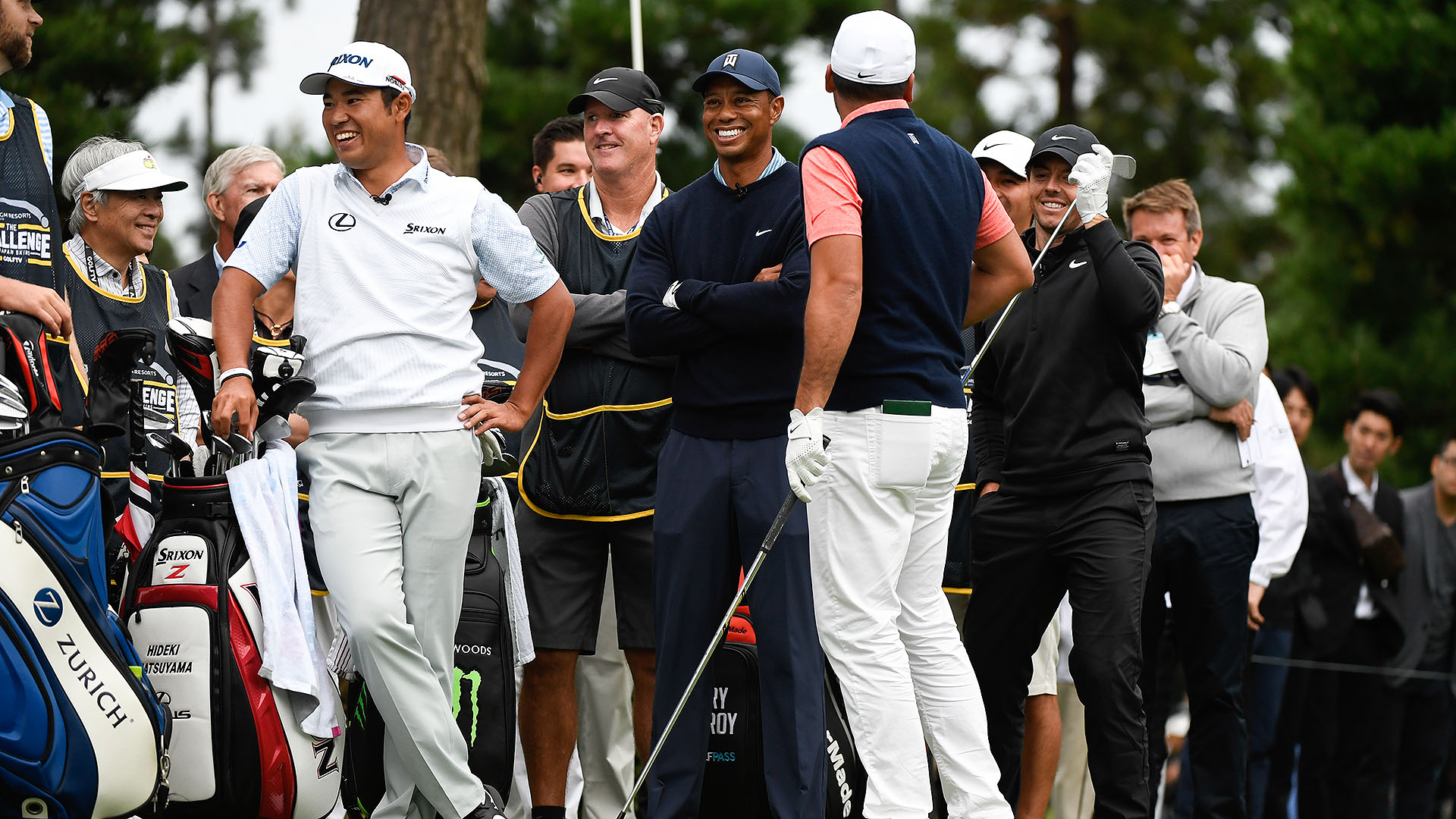 JT (+9%): There’s a reason why we tabbed him as our Player of the Year for 2020: No weaknesses in his all-around game, loads of firepower and an insatiable hunger – a wrist injury torpedoed last season’s championship push. Big things ahead.

U.S. women (+6%): After an APB was sent out for the Americans’ leading ladies following the Solheim Cup, they’ve responded with back-to-back LPGA titles to match their output from the entire season.

Nicolas Colsaerts (+5%): Le Golf National proved too claustrophobic for the 2018 U.S. Ryder Cup team, but it seemed plenty accommodating for the erstwhile Belgian bomber, who (thanks to George Coetzee’s late triple bogey) snapped a seven-year winless drought with a victory at the French Open.

Japan Skins (+3%): Back from a decade-long absence, the skins-game format definitely can be improved – we’ll get to that in a minute – but the fourball was more watchable than last year’s dreadful Tiger-Phil duel. To this observer, at least, there’s still an appetite for these starry, made-for-TV exhibitions, especially on a Monday-Wednesday night during a sleepy part of the season.

Tiger (+1%): This is a sneaky-important week for Woods, who needs to put together four decent rounds at the Zozo to convince himself – and his would-be teammates – that he’ll be up for double duty at Royal Melbourne, at the expense of leaving someone more deserving at home.

Jordan (-1%): He made the second-most birdies at the CJ Cup while recording his second top-10 in three starts (progress!), but the same issues that plagued Spieth last season cropped up again in Korea: He ranked T-50 in greens in regulation and tied for last in driving accuracy. Was it rust, or a sign that his ball-striking is still too sloppy to seriously contend?

“Needling” (-3%): Ah, yes, it’s the most coveted aspect of these exhibitions – the precious moments when buttoned-up pros can start jawing at their opponents, like other jocks. But until these mic’d-up events include Phil Mickelson (he deserves more opportunities), Kevin Kisner, Pat Perez or other famed trash talkers – guys who don’t necessarily have a brand to protect – they’ll continue to be filled with corny one-liners that leave us rolling our eyes.

Brooks (-4%): After slipping on the wet concrete in Korea, Koepka reaggravated the same knee that bothered him for the past seven months and recently required a stem-cell treatment. He’d be wise to shut it down until December – at this point he has a 2020 season to protect.