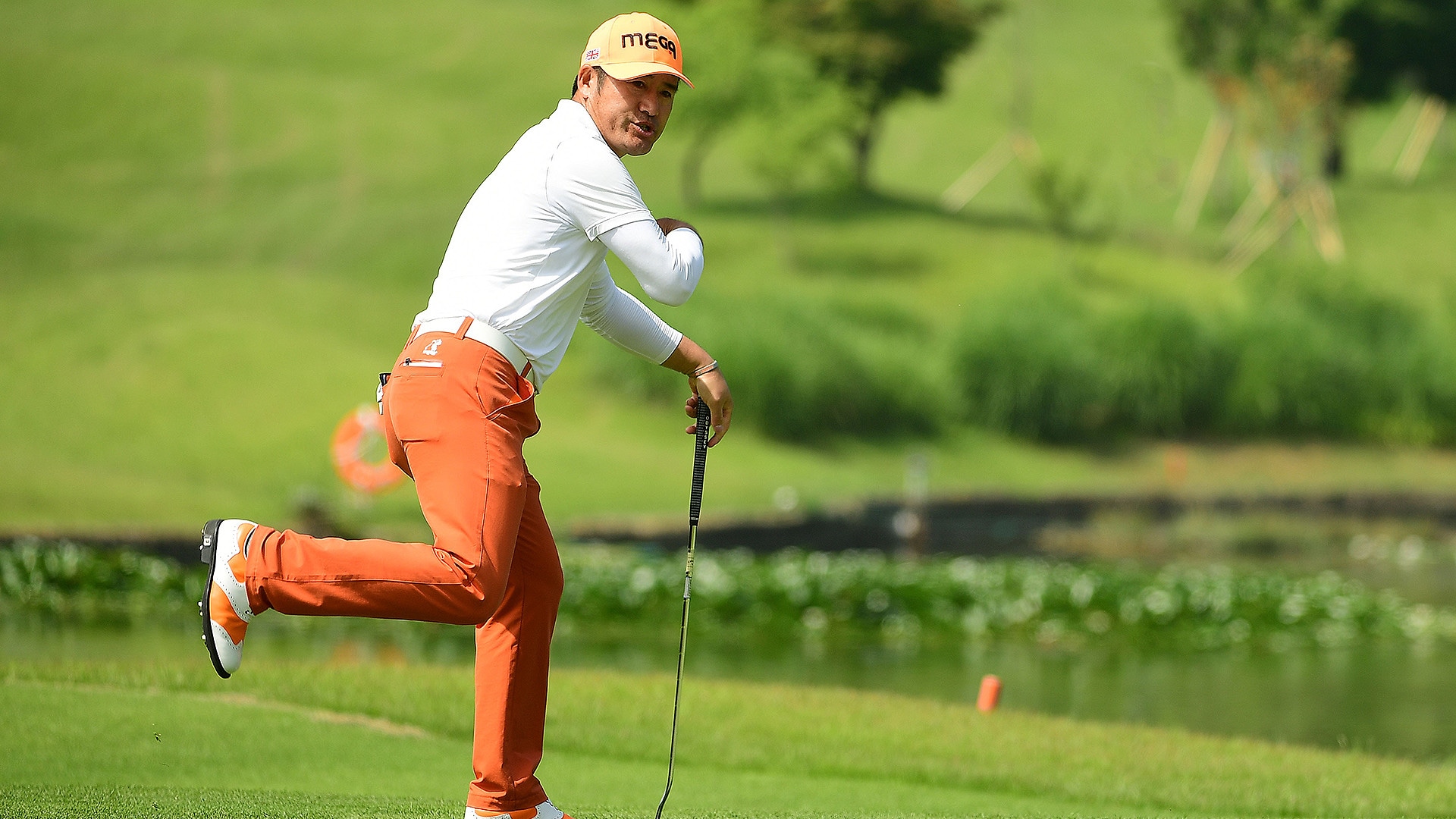 Kooch (+9%): At an age and with a skill set that should have relegated him to an afterthought on the bomb-and-gouge Tour, Matt Kuchar has dink-and-dunked his way to two wins in four worldwide starts and is now on pace for the best season of his career, at 40. Respect.

Ho-Sung Mania (+6%): Credit the folks running the Clambake, who remembered that they’re in the entertainment business and extended an invitation to the internet sensation Ho-Sung Choi. Phoenix’s loss is Pebble’s gain.

Mic’d players (+5%): Tip of the cap to the three hotshot Web players who agreed to wear a microphone at the season opener in the Bahamas. Even if they seemed more reserved than normal, they unintentionally made an important statement: Those competing for their livelihoods can wear a mic inside the ropes, but not guys in a low-stress, no-cut event for a $1.3 million check?

Stacy Lewis (+3%): Though she’s scheduled to take another extended break until March as she adjusts to life as a new mom, it’ll be nice to see the former world No. 1 and one of the tour’s grittiest grinders compete again at the TOC.

DL3 (+2%): The 54-year-old still has one of the sweetest swings in the game, and at the Sony he posted a 72-hole score that was one off his career best. It’s Love, not the ageless Vijay Singh, who has the best chance to become the oldest winner in Tour history.

Jordan (-1%): It was more of the same in Spieth’s 2019 lid-lifter, which suggests that his issues may be slower to fix than originally thought. As long as he’s peaking for major season, these tune-ups will soon be forgotten.

“Desert” Classic (-2%): That’s the not-so-creative name of this week’s Tour event in the Coachella Valley, the former Bob Hope Classic. It’s not to be confused, of course, with the Desert Classic, held next week in Dubai. Without a title sponsor, a rehash is the best they could do?

WGCs (-3%): Adam Scott probably won’t be the last big name to skip one or more of the upcoming WGCs, despite the huge purses and free world ranking and FedExCup points. All of them fall at an inconvenient time on the schedule. It’ll be very interesting to monitor.

Twitter potshots (-7%): Tom Gillis has become something of a Tour watchdog, first calling out Ben Crane over an unpaid bet and then putting Kuchar on blast for allegedly short-changing his local caddie at Mayakoba. The only problem with his latest endeavor? He offered no proof. At all. So much for gathering all of the facts before torpedoing a guy’s reputation.