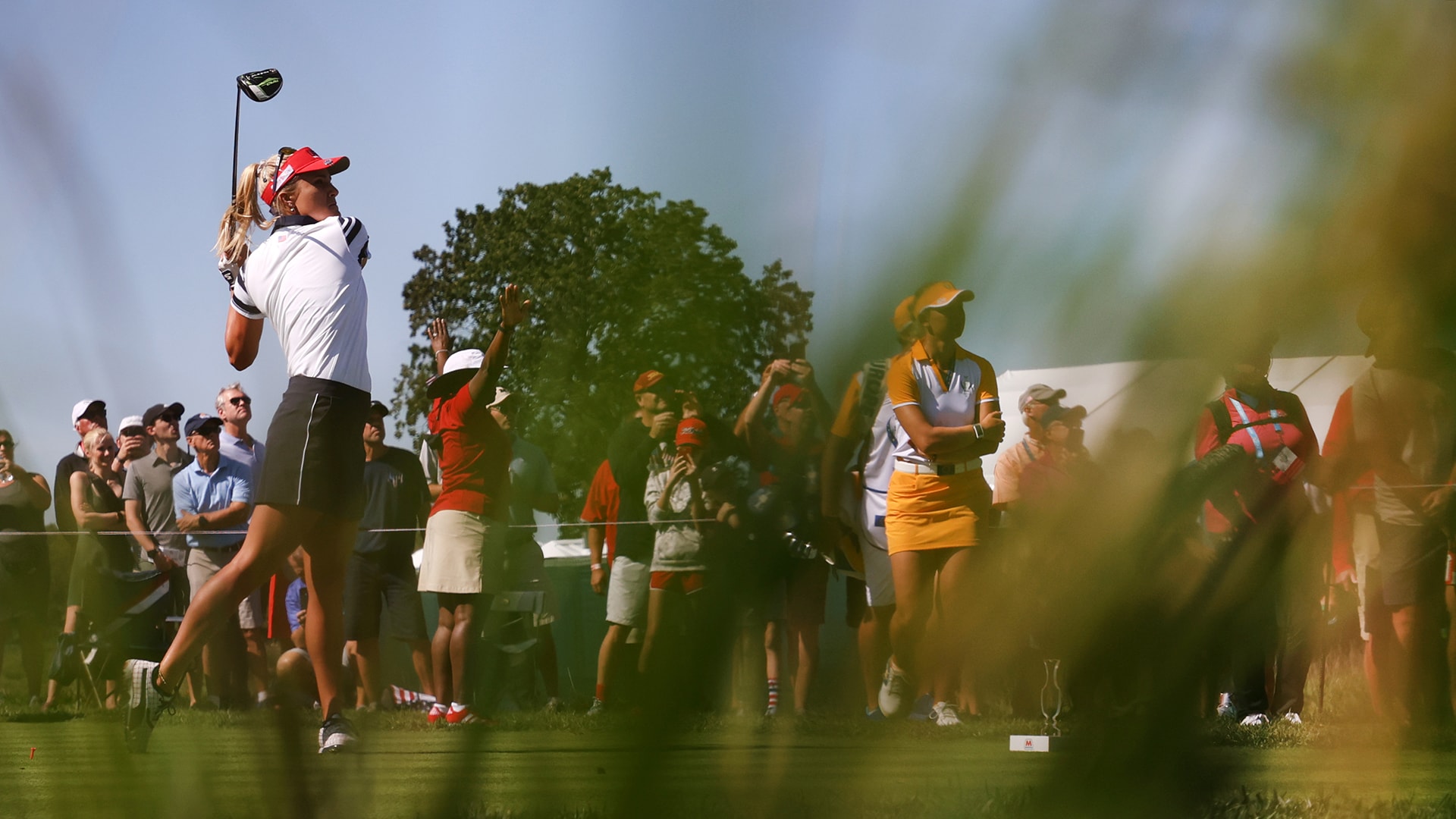 A few weeks after the world’s top amateur players deliberately drove it down adjacent fairways at Oakmont Country Club during the U.S. Amateur and just days after Bryson DeChambeau’s aggressive strategy saw him play down an opposite fairway at East Lake, the stars of the LPGA are getting creative at Inverness Club.

In search of a better angle into the green and to avoid hitting into a tight landing area with potentially uneven lies in the rough lurking right at the par-4 17th hole, some players have opted to play left into the 16th fairway off the tee.

This unconventional line, which only makes sense when the pin is on the right portion of the green (like it was on Saturday and Sunday afternoons), essentially takes the cluster of left greenside bunkers out of play, assuming shots aren’t mis-struck and end up short.