With support of MLB great, Travis Vick ahead in U.S. Open count 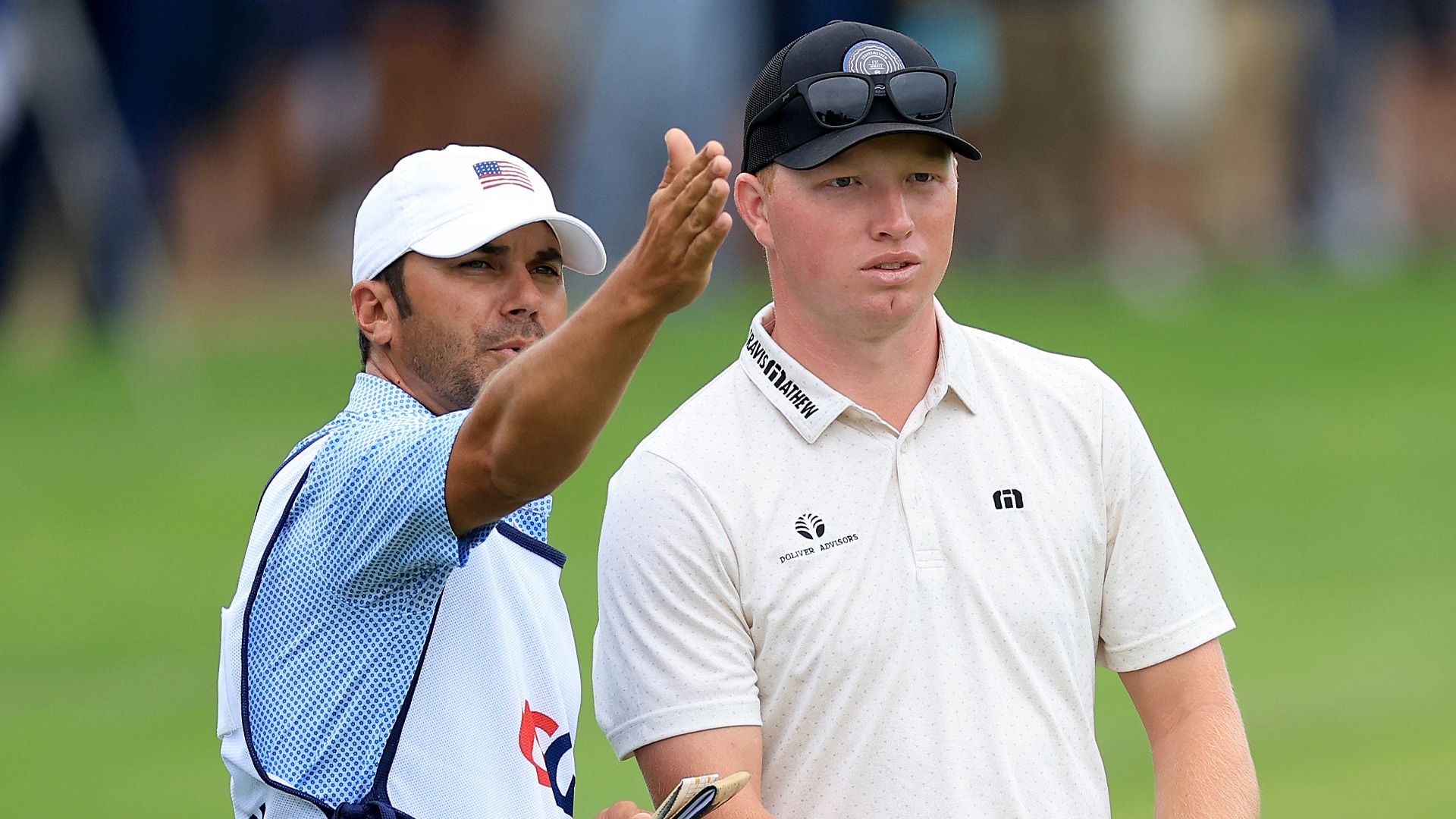 BROOKLINE, Mass. – Travis Vick admittedly didn’t have his best stuff for his U.S. Open debut. But what he did have: plenty of sage advice from a World Series champion, which helped him find a way to card even-par 70 in Thursday’s opening round at The Country Club.

Before Vick was a standout at the University of Texas, he starred in three sports at Second Baptist School in Houston, also playing football and baseball. His coaches on the diamond were former MLB greats Lance Berkman and Andy Pettitte, the latter of whom has become a close mentor to the budding golfer.

“Andy has been very helpful as a guy who’s been there and done that,” Vick said. “He helps with mentality – he knows a lot about golf, but it’s more from a big-league level, like, ‘This is what I’ve done. This is what I’ve tried. This is what I’ve experienced.’ Based on what he’s done in the game of baseball, him just having the thought of helping me is such an honor.”

Vick began the week as one of just two players who could claim a national championship in the past month. Rory McIlroy captured last week’s RBC Canadian Open, and earlier this month Vick earned the clinching point for the Longhorns in their NCAA final victory over Arizona State.

Even McIlroy, though, didn’t have five Commissioner’s Trophies in his gallery on Thursday.

Pettitte, who won five World Series titles as a pitcher for the New York Yankees, flew into Boston on Wednesday night to catch Vick’s first professional round. He couldn’t stay long, leaving after 15 holes to catch an afternoon flight, but he wouldn’t miss being there for Travis – even if it meant traveling on his 50th birthday, which was Wednesday.

“Just a wonderful family, great Christian people, the same values as my wife and I,” Pettitte said of the Vicks. “And Travis, he just loves to compete, in all the sports, and was very coachable.”

Pettitte remembers the emotions of his first start in the big leagues. It came in 1995 against the Oakland Athletics, which featured a lineup headlined by Mark McGwire, Ruben Sierra and Rickey Henderson.

“It was a pretty intimidating lineup,” said Pettitte, who went 5 1/3 innings, giving up seven hits and one earned run, walking two and striking out three.

As for Travis’ big debut?

“He had to have butterflies,” Pettitte said. “His stomach had to be turning in knots. Mine did every start I made. But it’s about controlling your emotions and relaxing your body and relaxing your muscles in pressure situations and being able to make the game out here be like on the range – or if someone’s pitching, you make being on the mound feel like you’re in the bullpen. You try to trick your mind.”

Vick has learned well. While he definitely felt the heat with an NCAA title on the line at Grayhawk, he was able to shake off the first-tee jitters on Thursday and remain calm throughout the round. He holed a 20-footer for birdie on the par-4 third hole to move into the red early, and he didn’t make a mistake on the front nine, holing several meaty par saves to keep his card clean.

Then came the adversity. After launching a drive just short of the creek at the par-4 10th and leaving himself less than 170 yards in, Vick left himself a long birdie look and ended up three-putting for his first bogey of the day. Three holes later, he had another short iron into the green at the par-4 13th and made another bogey, this time from the greenside bunker. 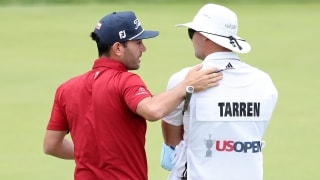 Who is Callum Tarren? Aside from one of the co-leaders following a 3-under 67 on Thursday at The Country Club.

“You can’t be doing that stuff if you want to have a chance at the U.S. Open,” Vick said.

Leaking oil, Vick knew what he needed to do. When Pettitte pitched in the big leagues, he had his best stuff about 10% of the time, Vick recalls, yet he managed to win 256 games in 18 years.

Vick toughed out his target first-round score with the parts of his game that were firing: his driver and his short game, the latter of which he’s turned into a strength thanks to recent work with swing instructor Adam Porzak, who’s on Vick’s bag this week.

Vick’s crucial up-and-downs included a par save from a divot short of the green at No. 9 and a sandy par at the par-3 16th, and he saved his best drive for last, pounding a 326-yard fastball at the par-4 18th to set up a 58-degree wedge to 6 feet.

Vick rolled in the closing birdie. A nice start. But this is, after all, the U.S. Open, and Vick knows he still has work to do. Luckily for him, he’s got a championship resource at his disposal.

Another story Pettitte has shared with Vick was how he used to sing songs to himself in pressure situations on the mound. Should Vick need to tap into that strategy, he said he’d pick a George Strait song.

Write this down. Take a little note.

Vick is pretty good at that, and it continues to pay off. At even par, Vick is ahead in the proverbial U.S. Open count.