TT Postscript: Was there any doubt at Zozo Championship? Of course not 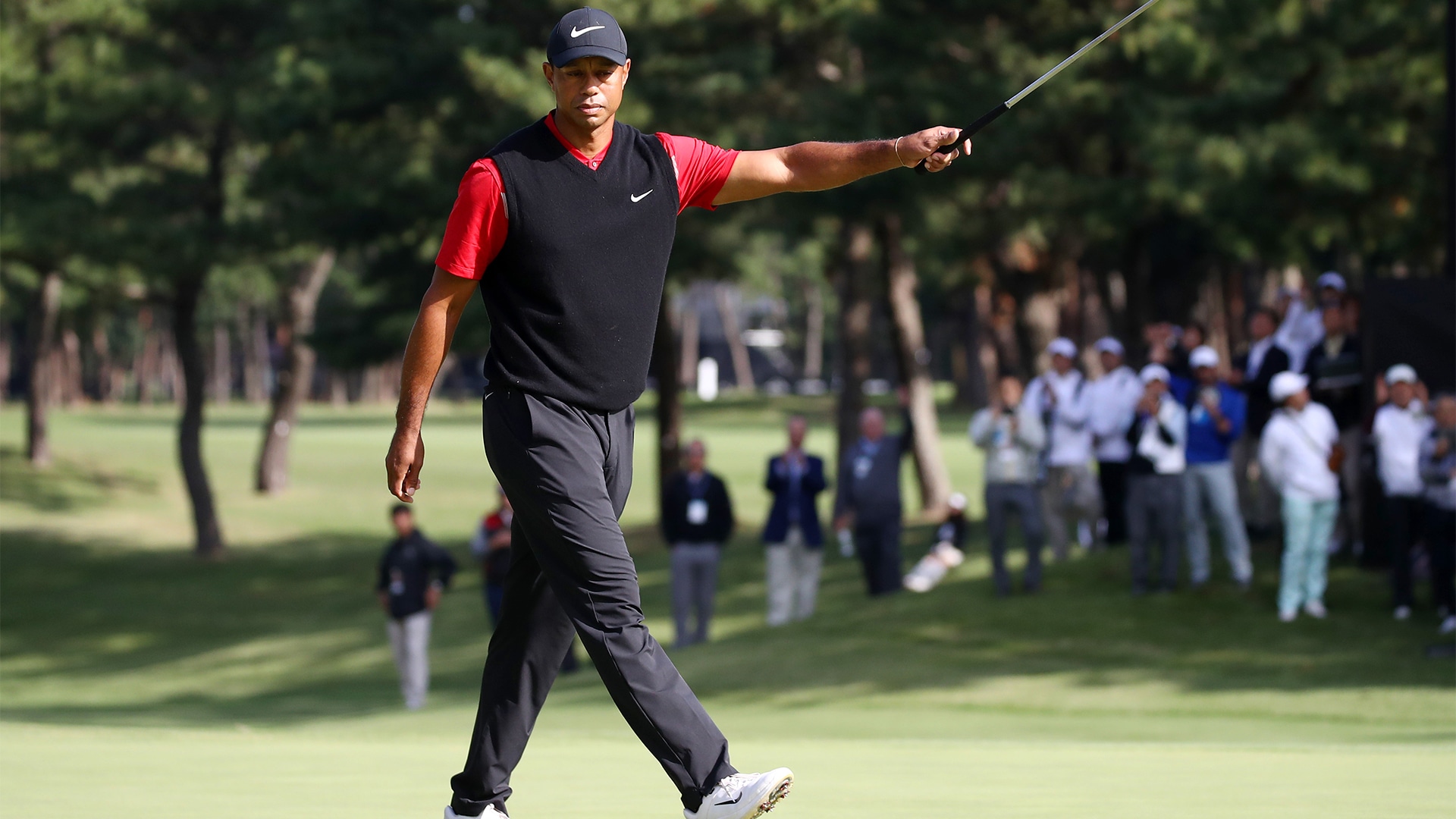 CHIBA, Japan – It was a short work day at the Zozo Championship, but one of the most historic of my Tracker career. Here are my thoughts from watching Tiger Woods hunt down Sam Snead and win his 82nd PGA Tour title.

• Was there any doubt that Tiger was going to roll in that 8-footer on the last, to make an indelible moment that can run on a loop for the next six months? Of course not.

• Tiger only had seven holes to finish up in his final round, which began at 7:30 a.m. local time Monday. For such a historic moment, it was a sparse crowd – only about 3,000 fans were let into the gates, and many of them were rooting on local hero, Hideki Matsuyama. A kinda-sorta weird vibe for such a big day in golf history.

• This thing could have gotten a whole lot more interesting early in the restart. Tiger bogeyed his first hole out of the gates (hey, 12 is tough!) and then Matsuyama stuffed it to 5 feet on 14. That could have cut the deficit to just one shot with four holes remaining. Instead ... Matsuyama shoved it, and Tiger rolled in a 20-footer for birdie. He never trailed by fewer than two the rest of the morning.

• I’m old enough to remember when people were wondering whether Tiger, U.S. Presidents Cup captain, should pick himself for the team. Laugh. Out. Loud. The only question now is who the other three picks will be.

• This is the last time we’ll see Tiger play until his own Hero World Challenge at the beginning of December. That gives him ample time to get in the gym, test equipment, spend time with the family, whatever else it is you do when you’re one of the richest and most famous people on the planet.

• This victory – have you heard, the 82nd of his Tour career? – moved Woods to No. 6 in the world ranking. That’s significant for two reasons: It marks a big move considering where he ended 2018 (No. 13). And he’s now in position, with a lot of golf left to play, for the U.S. Olympic team. The top four ranked Americans in the top 15 in the world will get a return trip to Tokyo. Tiger is now that fourth guy.

• Some writers last week wrote that Justin Thomas is the best current closer in golf. Um ... Tiger is now 44-for-46 with an outright 54-hole lead on Tour. That’s 96 percent. Get outta here with that nonsense.