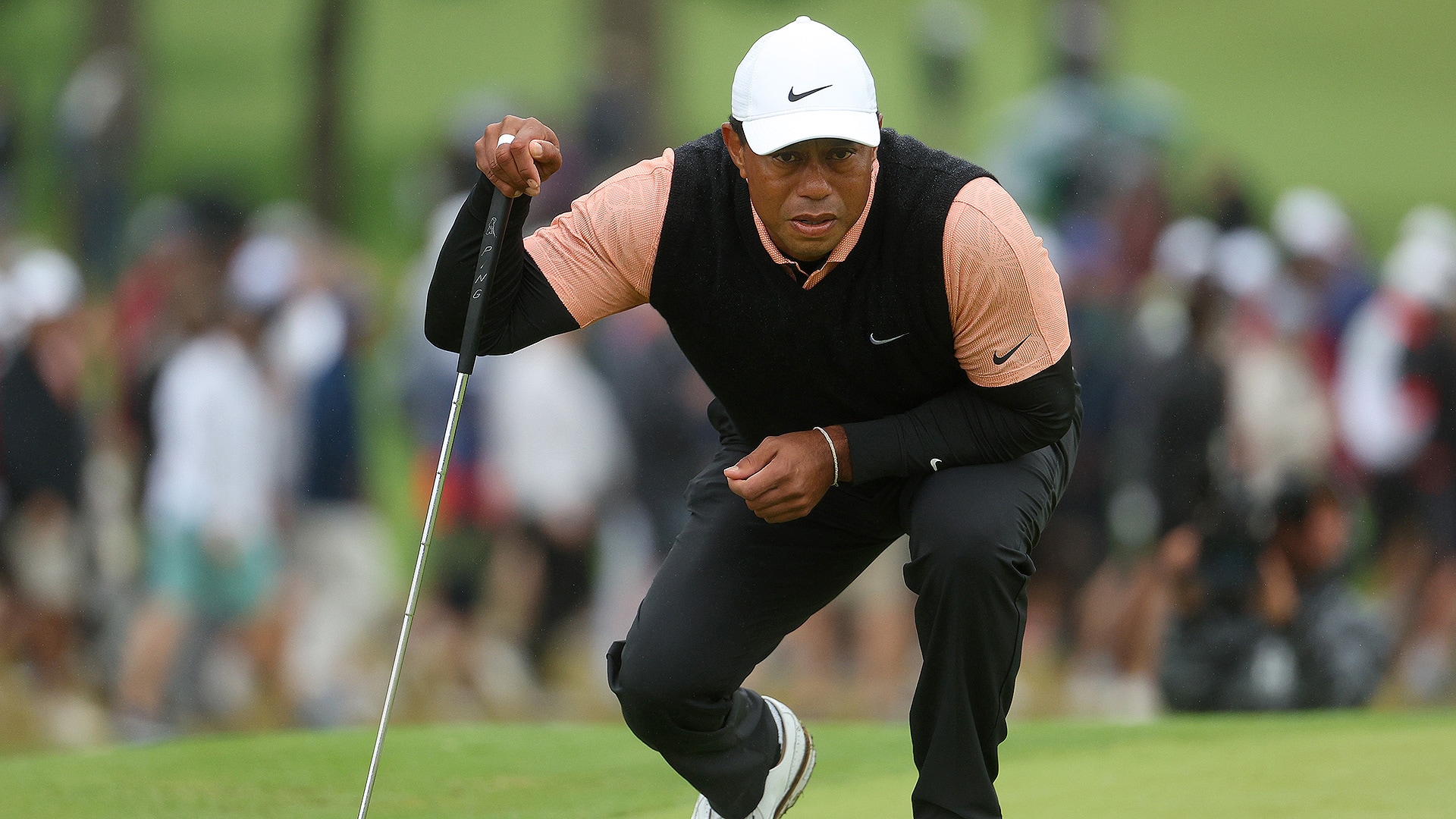 Woods didn’t speak to the media after a third-round 79 at Southern Hills in which he appeared to be in significant discomfort because of his right-leg injuries. He told a pool reporter that he and his team would “do some work and see how it goes.”

The announcement about his withdrawal came at about 7:30 p.m., ET, following the conclusion of the third round. It’s the first time in his pro career that Woods has withdrawn from a major.

Woods was tied for last place, at 12 over par, 21 shots behind leader Mito Pereira. Had he played the final round, Woods would have teed off first Sunday morning alongside Sepp Straka.

“We admire Tiger’s valiant effort to compete here at Southern Hills,” said PGA president Jim Richerson, “and wish him the best as he continues to recover from his injuries.”

Indeed, it remains to be seen where Woods will next play. He’s a five-time winner at The Memorial, but he reiterated this week that he intends to play mostly major championships in the future. The U.S. Open is scheduled for June 16-19 at The Country Club.

At the beginning of the week, Woods spoke optimistically about his progress, saying that he was “better” than at the Masters, when he tired on the weekend and tied for 47th in his first competitive start in 14 months.

“It’s better than last time I played a tournament, which is good,” he said in his pre-tournament press conference. “We’ve been working hard and, again, I have days where it’s tough, and other days where we can push through it. But we keep working at it."

Woods labored through an opening-round 74, his limp so pronounced that his playing partner, Rory McIlroy, said that he would have considered pulling out of the tournament.

On Friday, Woods was on the wrong side of the cut line before a back-nine rally, playing the last seven holes in 2 under par. Heading into the weekend 12 shots off the lead, Woods said that he was still focused on giving himself a chance to win.

“I’m hoping I can shoot a number like Bubba [Watson] did today tomorrow,” Woods said, referring to Watson’s tournament record-tying 63 in the second round. “That’s where my mind is at right now. I’ve got to do some things physically to get myself there, and it will be a quick turnaround.” 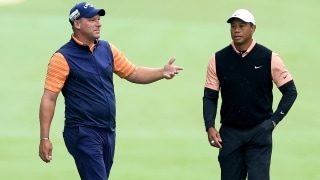 Southern Hills played dramatically differently on Saturday, with a steady drizzle, a brisk wind and a 50-degree wind chill – nearly 40 degrees cooler than earlier in the week, when Woods sweated profusely under an oppressive sun. In the cold, dreary conditions, Woods played his first 13 holes in 10 over par, appearing as though he might card the worst score of his major career. Instead, he played the last five holes in 1 under to shoot 79.

“I didn’t do anything right,” he said. “I didn’t hit many good shots. Consequently, I ended up with a pretty high score.”

Afterward, Woods left open the possibility that he might not finish the tournament, saying that he’ll “see how it goes” over the next 12 hours. It’s only the second time in his career that he hasn’t finished a major; he also withdrew from his first U.S. Open, as an amateur in 1995, after suffering a wrist injury.