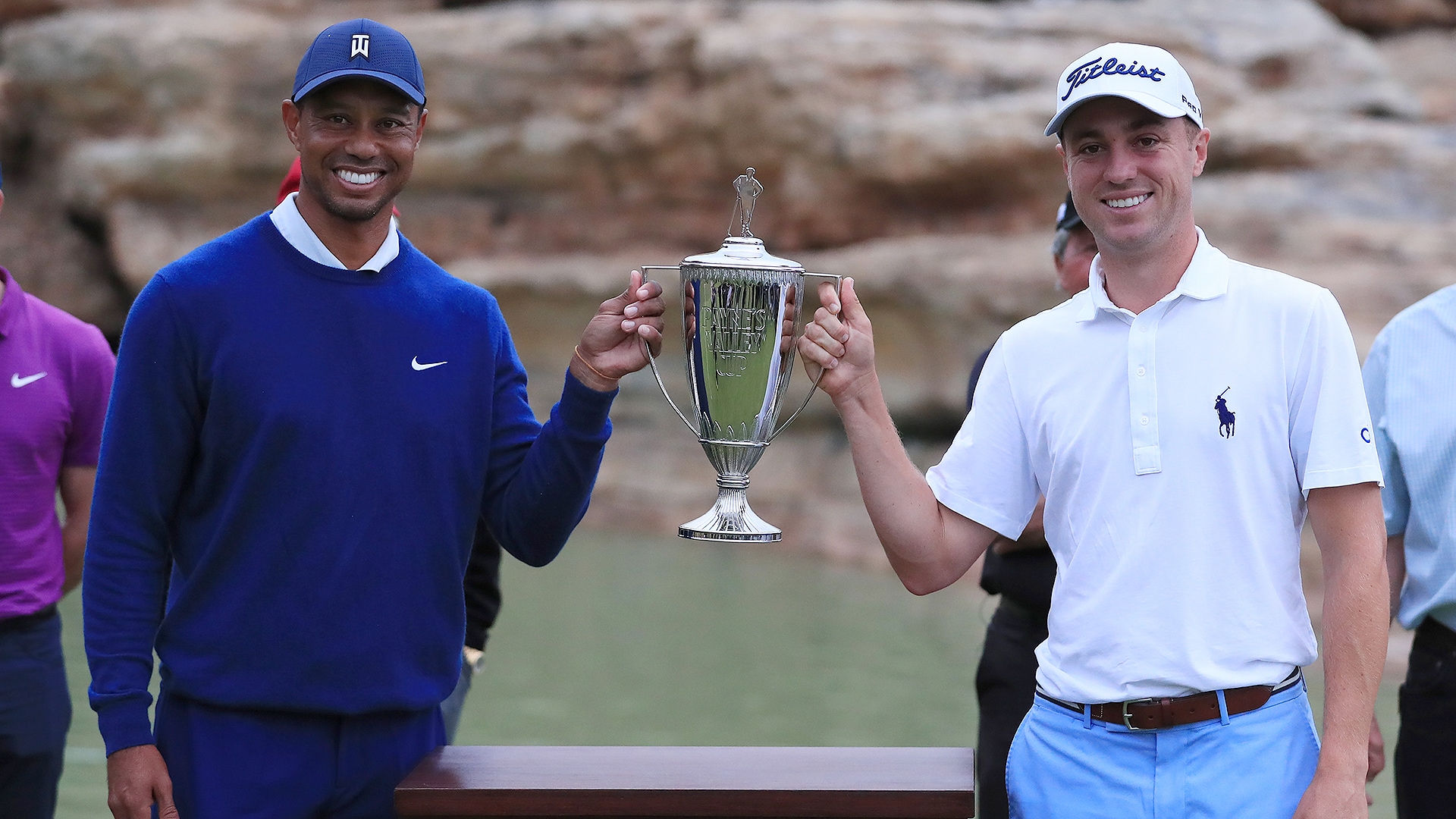 Woods and Thomas teamed in a Ryder Cup-style match against a pair of former world No. 1s from Europe, with the match divided into three sections. The first six-hole segment, won by McIlroy and Rose, was played using best-ball format. Nos. 7-12 featured alternate shot and saw the Americans strike back to tie the match at one point apiece, setting up a singles' showdown across the home stretch.

Woods faced off against Rose in a singles match, while Thomas went against McIlroy. Those two points were also halved, with Rose beating Woods, 1 up, and Thomas beating McIlroy, 2 up. Both matches ended on the picturesque 123-yard, par-3 19th hole at Payne's Valley, and with the match tied 2-2 Woods and Thomas got the win by virtue of a closest-to-the-pin tiebreaker after Thomas hit his final shot inside 9 feet.

"Anytime that we can get together and have a fun time, it's awesome and for a great cause," Thomas said.

The match featured a mix of shot-making, banter and trash talk, with all four players mic'd up for the entire round and ready to decompress following a grueling U.S. Open. The 18-hole charity exhibition, which raised funds for the Stewart Family Foundation, is expected to be Woods' only competitive appearance until he defends his Zozo Championship title at Sherwood Country Club in late October.

But Woods wore the hat of both competitor and course architect Tuesday, showing a few of his decorated peers around a scenic layout in the Ozarks which has been a project for him since he announced design plans for the course, an homage to Payne Stewart, in early 2017.

"I'm just so proud of everyone that came together to make all this possible," Woods said. "To have everyone here, it's awfully special for me."