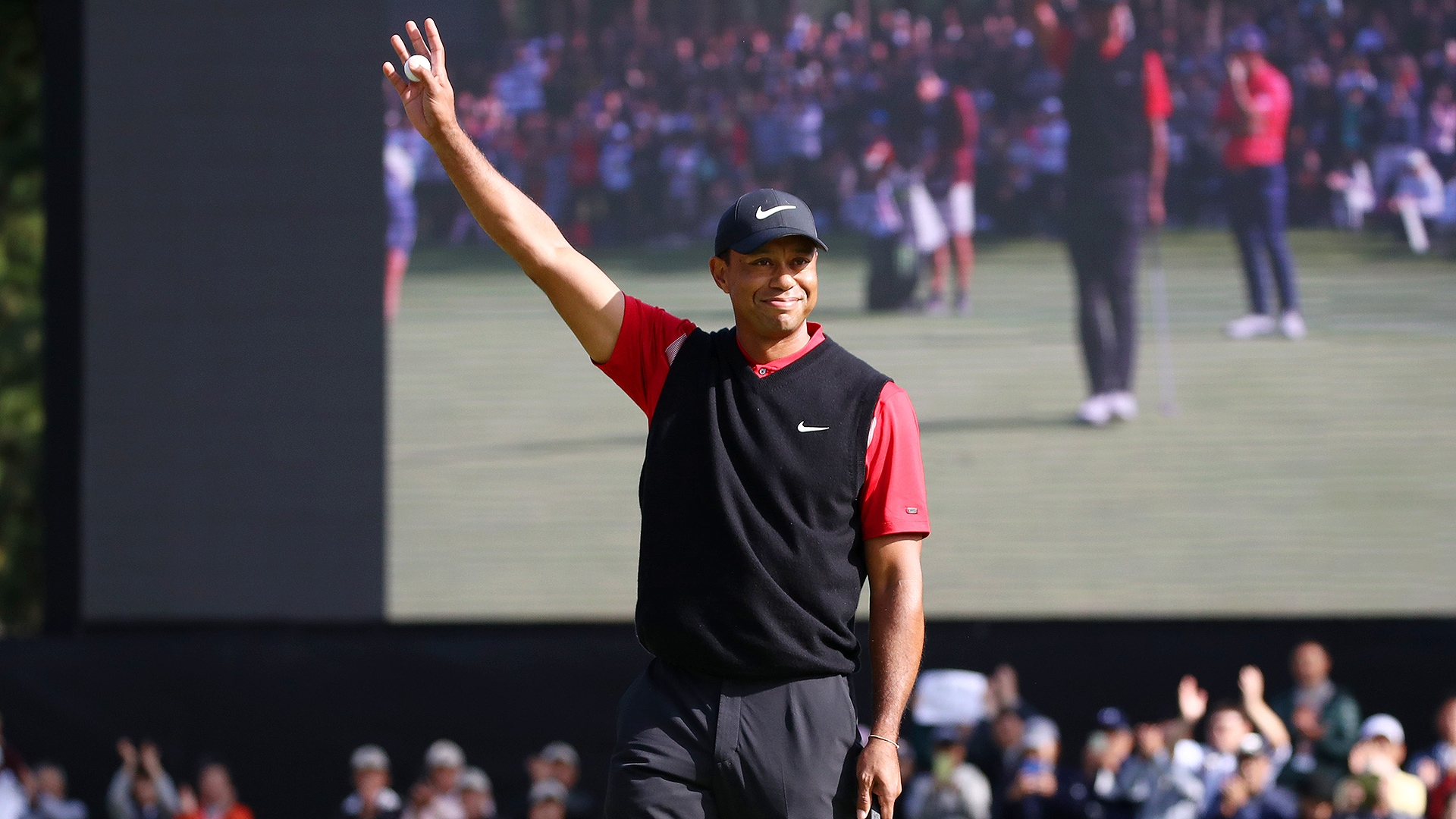 CHIBA, Japan – In Japan it’s called an enthronement, but many would consider it a coronation. Either way, there were two such grand occasions last week in Tokyo.

On Tuesday the normally gridlocked city came to an even more staggering standstill as Japanese Emperor Naruhito officially proclaimed his enthronement in an ancient ceremony that dates back more than 1,000 years.

The second coronation lacked the pomp and circumstance but carried the intrigue.

On the surface, Tiger Woods’ three-stroke triumph over Hideki Matsuyama wasn’t dramatically impressive. Tiger’s made a career out of rolling opponents by multiple strokes and a random victory in a limited-field event on the other side of the international dateline isn’t exactly headline worthy.

Woods’ triumph at the weather-delayed Zozo Championship was his 82nd on the PGA Tour and pulled him even with Sam Snead on the all-time victory list. It’s more common to use Jack Nicklaus’ record of 18 major championships as the benchmark for greatness, but matching Snead’s haul of 82 is an accomplishment that defies comprehension. 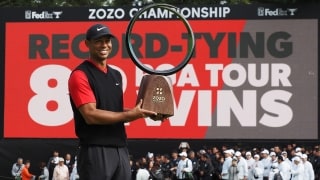 Tiger's 82nd win astounds peers, but more history to be made

As he's done for more than two decades, Tiger Woods wowed his peers with his 82nd PGA Tour win.

“In this era to win even 50 times on the PGA Tour is an unbelievable achievement in itself. Even Phil’s number [44 Tour victories], but to get to 82. I feel like I’ve had a decent career, [but] if I win six times a year for the next 10 years I still wouldn’t get there,” Rory McIlroy said.

McIlroy’s point is easy enough to prove. Among today’s active stars, only Dustin Johnson has at least 20 Tour victories. McIlroy has 17 Tour tilts, Justin Thomas and Jordan Spieth have each won 11 times on Tour and Brooks Koepka, the world’s top-ranked player, has seven titles.

Combined, they trail Woods by 16 wins.

All of today’s top players have plenty of time to make their mark, but Woods’ career was defined by dominance early and often. Woods won a record 46 of his 82 titles in his 20s. Players regularly find themselves on a competitive “heater,” but none that lasts a decade or more.

It’s also worth giving Woods a nod for not just his total haul, but the obstacles overcome to reach that number.

“Just look at who the guy has had to beat through his entire career, through the injuries, probably through some sleepless nights when he thought he’d never play golf again. I have to say he’s the best ever to put the golf shoes on,” said Charles Howell III, who joined the Tour four years after Woods’ first victory in 1996. “You look at the level of competition he’s played against since the first time he teed it up out here, it’s impressive.”

Although golf historians regularly debate the level of competition Snead faced in his prime, as well as the quality of some of his victories, that should never be an issue for Woods.

Throughout his career, Woods went head-to-head with Mickelson (44 Tour victories), Vijay Singh (22), Davis Love III (21) and Ernie Els (19). If fans have reservations concerning any of those Hall of Fame players, it’s because Woods created the doubt.

“The majors speak for themselves, but 82's just a crazy number,” said Gary Woodland, who was grouped with Woods for the final two rounds in Japan. “You look at the guys that have won 10 times and it's pretty special, let alone to come out here and win 82 times. To battle through the injuries he's dealt with, gosh, he's young and he's playing unbelievable.”

Snead was 52 years old when he set the victory mark at the 1965 Greensboro event. Despite debilitating injury, Woods reached the all-time victory mark at 43 years old, which – at least in theory – suggests 82 is simply a stopover on his way to a much bigger destination.

That Woods focused on quality over quantity throughout most of his career is also worth acknowledging when defining an accomplishment built on compilation.

Woods never picked off low-hanging fruit at lesser stops on his way to 82. He has always played the hardest events against the toughest fields on the most demanding golf courses.

“If you think about the limited schedule that he’s played throughout the years, to be able to still have these numbers, that’s incredible,” Spieth said. “He’s not playing 30 events a year. He’s playing 16, 17 events a year and he has done that for a long time. I could see from his perspective that just the sheer number of events would be as meaningful as anything else for sure.”

Maybe the ultimate context of Woods’ most recent accomplishment is that Spieth was 3 years old when Tiger begin his pursuit of golf immortality with his first Tour victory at the 1996 Shriners Hospitals for Children Open. 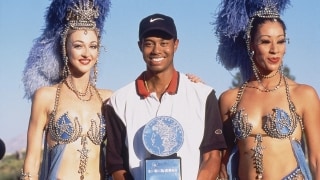 Images from all of Tiger Woods' 82 PGA Tour career victories as he is tied with Sam Snead on the all-time wins list.

A few weeks before his start in Las Vegas, Woods played a practice round with Love at the Buick Challenge. Love was a veteran and via the two player’s relationship with swing coach Butch Harmon had become something of a sounding board for the newcomer.

“During that practice round, he said one of his goals was to beat me down the stretch,” Love recalled Monday.

Woods withdrew from the Buick Challenge, but a few weeks later he found himself tied with Love after 90 holes in Las Vegas. Tiger won with a par at the first extra hole for Tour title No. 1. At that time, it would have been difficult to imagine how that road would eventually lead to Monday’s 82nd Tour victory, but Love had an idea something special had started.

“To watch him go from a kid and [Harmon] asking me to play practice rounds with him, to winning the Masters in 1997, the Ryder Cups and Presidents Cups, it’s amazing to see,” Love said. “We give athletes too much celebrity, but we don’t give Tiger enough credit for his domination and what he did.”

Woods was crowned by many the king of golf long ago, but this week, with this accomplishment, felt like his coronation.