For Northern Ireland's Tom McKibbin, Walker Cup would be perfect remedy for tough 2020 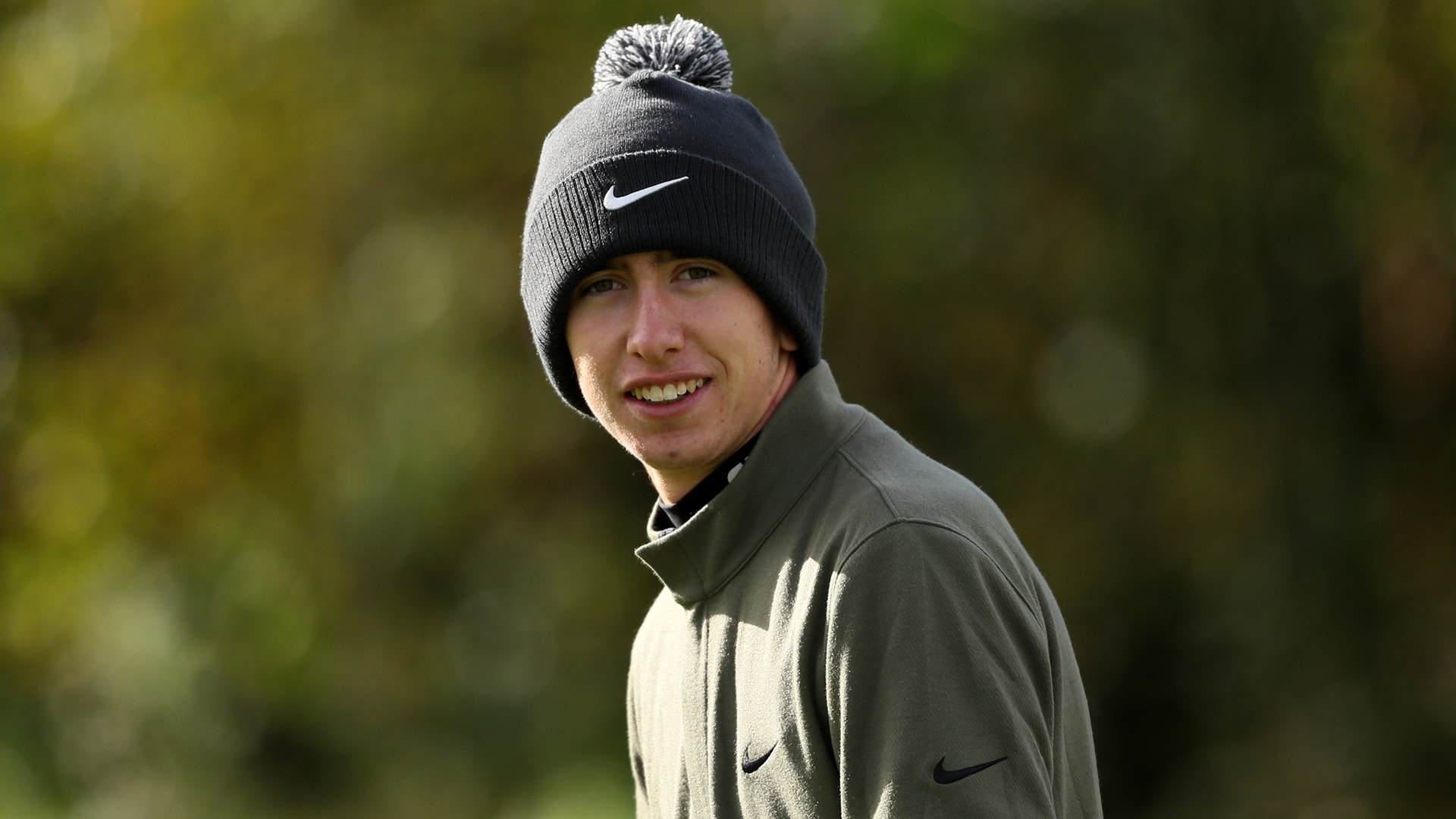 Several years back while playing a tournament in Scotland, Tom McKibbin was given a golf ball by a family friend. But not just any ball; this ball had the 2021 Walker Cup logo emblazoned on its cover. At the time, McKibbin had never played Seminole Golf Club, the tony South Florida course that will host the biennial matches next May. Heck, he barely knew what the Walker Cup was.

Fast forward to now and McKibbin, a 17-year-old prodigy from Northern Ireland, is on the short list of candidates to make the Great Britain and Ireland team next spring. Last week, McKibbin was one of 15 players selected to the preliminary squad.

“It would be huge,” McKibbin said via phone Monday evening (from Palm Beach Gardens, Florida, of all places) when asked about the prospects of him making the GB&I’s final 10-man side. “It would be really big, especially with it being in the U.S. I love the U.S., and my game’s very suited over here.”

It’s hard to argue with the results. McKibbin put himself on the map – even grabbing the attention of fellow countryman Rory McIlroy – by winning the 2015 World Junior Championship at Pinehurst. He then validated the hype two Aprils ago by capturing the prestigious Junior Invitational at Sage Valley, and currently he is ranked No. 78 in the World Amateur Golf Ranking having just come off an appearance at the European Tour’s Irish Open.

Unsurprisingly, the comparisons to McIlroy have been steady. How could they not be? Not only has McKibbin, dubbed by many now as “The Next Rory,” won many of the same tournaments that McIlroy did as a kid, but he also belongs to McIlroy’s home club, Holywood, and has developed a relationship with the golf superstar and his family. McKibbin has played with McIlroy on several occasions, including at the 2016 Irish Open pro-am, when McKibbin was just 13, and most recently last month at The Bear’s Club in Jupiter, Florida. He also teed it up last year at Seminole with McIlroy’s father, Gerry. (And to make us all jealous, McKibbin had another Seminole tee time booked for Wednesday.)

“He is the real deal,” McIlroy said of McKibbin a few years ago. “I think he has a remarkable golfing future ahead of him.”

McKibbin gladly trades the extra pressure for having McIlroy’s phone number in his contacts list and a four-time major winner to lean on.

“The comparisons don’t bother me,” McKibbin said. “If you’re getting compared to Rory McIlroy, you’re obviously doing something right. But I think more than anything it’s huge having Rory as a mentor and being able to ask him for advice, ask him what he thinks about things. He’s the best, and to be able to go out and play golf with him, I mean, who better to play with than Rory? … If you can play with Rory, you can play with anyone.”

In recent months, McKibbin’s journey has gained an even further resemblance to that of McIlroy. Back in 2004, McIlroy was a top amateur and prospective Walker Cupper when he signed his national letter of intent to play college golf at East Tennessee State, but he ultimately decided to skip college and turn pro at age 18. McKibbin, one of the top-ranked players in the Class of 2021, was verbally committed to the University of Florida, but when it came time to sign his letter of intent during last month’s early signing period, he did not.

Of course, McKibbin’s circumstances were a little different. At the start of the year, McKibbin was determined to be playing for the Gators come Fall 2021. He had technically already graduated from Belfast Royal Academy but was taking a few classes in order to meet Florida’s admission requirements. But then the COVID-19 pandemic happened, and the class schedule that McKibbin and his parents had planned out around the big tournaments had completely shifted. One exam was moved to the week of the Walker Cup. And in a drastically different academic environment, McKibbin was struggling.

“We didn’t really have any online schooling, so the teachers would just sort of send you the work and you weren’t taught it,” McKibbin said. “I had no idea what to do. I needed to be taught [the material] to really understand it. I was so far behind that when I sat down and looked at it, I would’ve had to take quite a few months off from golf to try to catch up. I wasn’t really prepared to do that.

“It was disappointing. I love [Florida head coach] J.C. [Deacon] to bits. He’s probably one of the best people I know … and it’s just unfortunate the way it all played out for me to not be going there.” 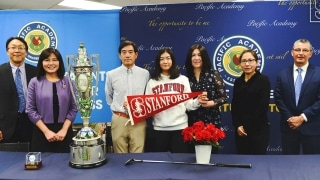 In this week's college notebook, we rank the top signings and classes for 2021 and take a look at two new college tournaments.

By the time Signing Day arrived, McKibbin had come to terms with the fact that he wouldn’t be playing college golf. However, that doesn’t mean he’s turning professional any time soon, either.

“I’m sure at some point I’ll probably have an idea in my head,” McKibbin said, “but it’s all going to be dependent on how I’m playing.”

Right now, McKibbin knows his game isn’t quite ready. He hits it well enough, and far enough, but his short game needs to get better. And those silly mistakes? Before missing the cut at the Irish Open, he bogeyed his last hole at the Challenge Tour’s Northern Ireland Open to miss the cut by a shot. “I learned I’m good enough to play with the pros,” McKibbin said. “I just need to sharpen up a few areas.”

But who could blame him? Sure, McKibbin's game still has some maturing to do before the phenom makes the leap to the play-for-pay ranks, but he’s also had quite the challenging year when it comes to developing his golf game.

Back in March, McKibbin was wrapping up a top-25 finish in his title defense at Sage Valley when the pandemic halted competitive golf around the globe. For McKibbin, it was even more than that. When he returned home to Newtonabbey, he was forced to practice for months in his family’s garden. His dad, Robin, set up a net so his son could hit balls off a mat. (Hardly The Floridian, where McKibbin was practicing Monday.)

“I didn’t see the ball fly for months,” McKibbin said. “After a while, I just stopped because I could feel it hurting my game more than helping it.”

Holywood opened back up for play in June, but even then McKibbin could only play three days a week at first. Spending hours grinding on the range wasn’t allowed, either, as members were limited to the time they could spend at the course before and after rounds. The international travel ban kept him from retreating to the U.S., where courses were more accessible.

McKibbin desperately tried to make it over for the U.S. Amateur at Bandon Dunes, but he couldn’t get into the country like his European counterparts with college visas. Instead, his first competitive event back was the English Amateur, and encouragingly he finished eighth, followed by a match-play appearance at the British Amateur and his two professional starts.

“It’s just been so hard to get in a rhythm,” McKibbin said. “When you don’t play a competition for a few months, it’s just hard to get a good assessment of your game.” 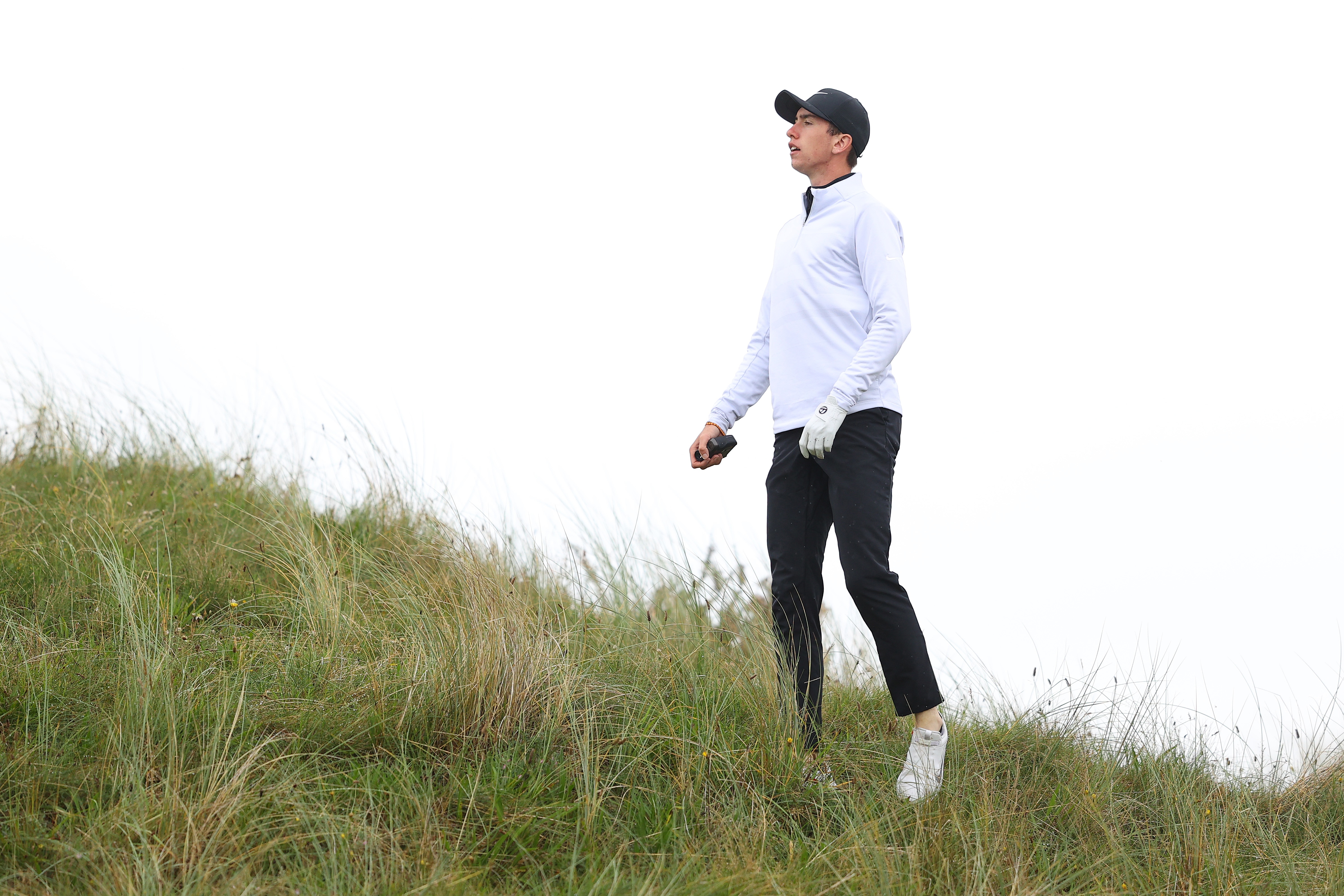 McKibbin is unsure of what his 2021 schedule will look like, where he will play and how much. He traveled to the U.S. a couple of weeks ago in order to play last week’s Maridoe Amateur, where he missed the cut, and the South Beach International Amateur, set for later this month. But he also had to spend two weeks in Turkey in order to gain entry into the U.S. He wants to play the Jones Cup in late February to kick off his spring slate, but he’ll decide against it if he can’t travel to the U.S. directly. McKibbin’s Plan B in that scenario is going to South Africa for a couple of events. He also has the Spanish Amateur circled on his calendar, along with a return trip to Sage Valley.

“And then hopefully, if I play good enough golf, the Walker Cup after that,” McKibbin said.

Relatively speaking, it’s been a tough 2020 for McKibbin. From his parents’ garden, he watched his American peers compete in big tournament after big tournament this summer. He then saw his college aspirations disappear. And he’ll return home for Christmas not knowing the next time he’ll be able to play against the best players in the U.S. again.

But a Walker Cup berth next May? That would be a nice remedy for a difficult year. 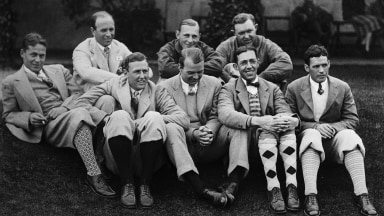 10 Walker Cup tales you have to read to believe

A golf writer making the GB&I team? Losing to Bobby Jones and then getting shot? Getting outdriven by Tiger Woods by 100 yards and beating him? Here are 10 of the best tales from past Walker Cups. 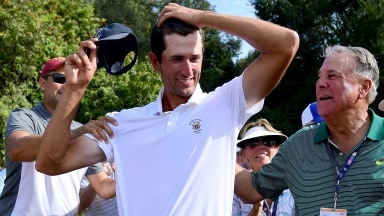 As Hagestad rides into another WC, he took no shortcuts

As he prepares to play a third Walker Cup, Stewart Hagestad reflects on the journey and looks forward to what's ahead. 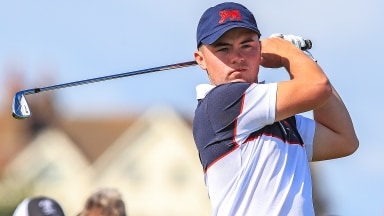 The Great Britain and Ireland team was announced Tuesday morning for the 48th Walker Cup match.