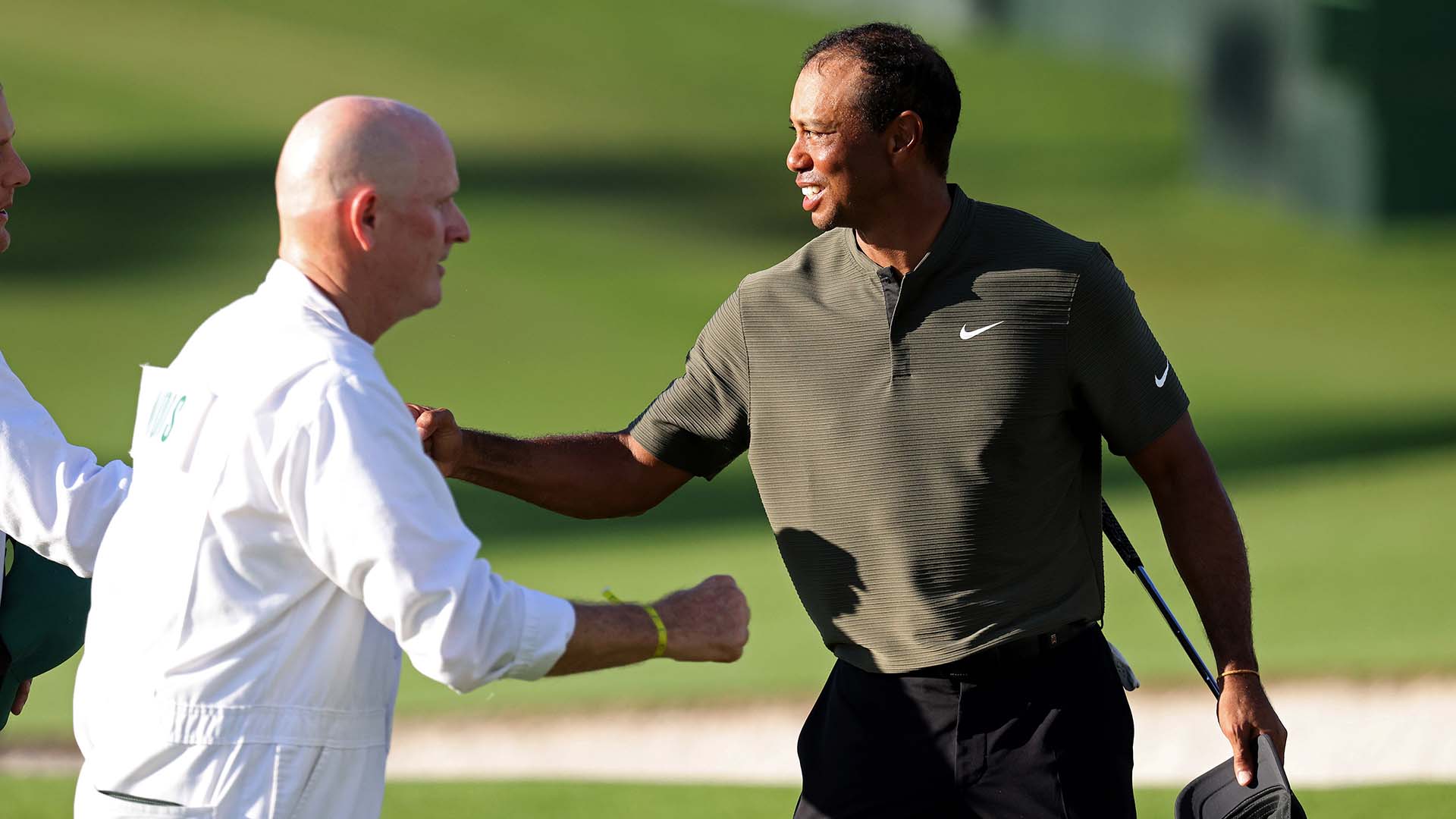 Tiger Woods began his Masters title defense about as well as he could have ever imagined.

It was a quiet walk through the Georgia pines Thursday at Augusta National, with Woods’ tee time delayed by nearly three hours because of inclement weather. But once he got going, the man barely missed a beat.

Here are some thoughts and observations from the opening round, as Woods made it clear to the field that he has no plans to relinquish the green jacket anytime soon:

• It was a bogey-free 68 for Tiger in the opening round, out in 33 and home in 35. He missed only three greens in regulation, and two of those were by a matter of feet. His lone scramble for par came at his first hole of the day, after he pulled his approach at No. 10, while the highlight came on No. 16 when he narrowly missed out on an ace. 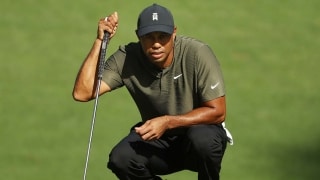 First-round highlights for Tiger Woods at the 84th Masters Tournament on Thursday at Augusta National.

• Woods is a notoriously slow starter at this event, having shot an opening-round 70 in four of his five prior victories including last year. But Thursday’s effort tied his career best in the opening round and was just his second sub-70 score in his last 10 rounds overall dating back to August.

• Woods had relatively easy birdies on Nos. 13 and 15 to go along with his near-ace at the 16th, then elicited a slight fist pump after rolling in a 20-footer for birdie on No. 1 to get to 4 under. He closed his round with eight straight pars from there, barely missing a few mid-range opportunities over his closing holes, and sits three shots behind early leader Paul Casey.

• When asked what encouraged him about the opener, Woods barely hid a smile. “I feel like I did everything well,” he said. “I drove it well, hit my irons well, putted well. The only real bad shot I hit today I think was on 8, I had a perfect number with a 60-degree sand wedge and I hit it on the wrong shelf. Other than that, I did everything well.”

• Woods admitted that there were some peculiar features to starting this November Masters: teeing off on No. 10 instead of No. 1, and hearing drones buzzing overhead without the sounds of thousands of patrons to drown them out. Sometimes he and player partners Shane Lowry and Andy Ogletree had to ask camera operators where balls ended up on some of the blind shots around the course. “A lot of firsts today,” he said. “That’s kind of the way this entire year has been.”

• He added that he feels a “sense of ease” at this event because he has such a vast array of experience and understanding of how to prepare for this particular golf course. That calm demeanor was on full display Thursday as Woods barely broke a sweat while working his way around a course he conquered last year – and one he appears ready to contend on again this week. Nothing seemed forced, as he played safely to the middle of many greens and carefully picked his spots to get more aggressive.

• Now the wait begins. With Woods already scheduled to go off as part of the late wave in the second round, his tee time may be delayed further as tournament officials look to get back on track after the morning delay. There remains a strong chance that Woods’ second round could bleed into Saturday morning with the limited daylight afforded in mid-November as opposed to early April. But regardless of how his schedule plays out from here, there’s no denying that the opener exceeded expectations. 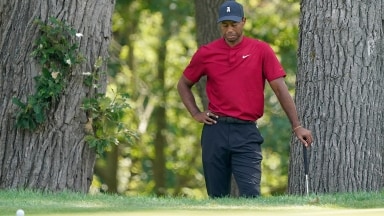