TT Postscript: When he needed it most, Tiger missed routine 5-footer 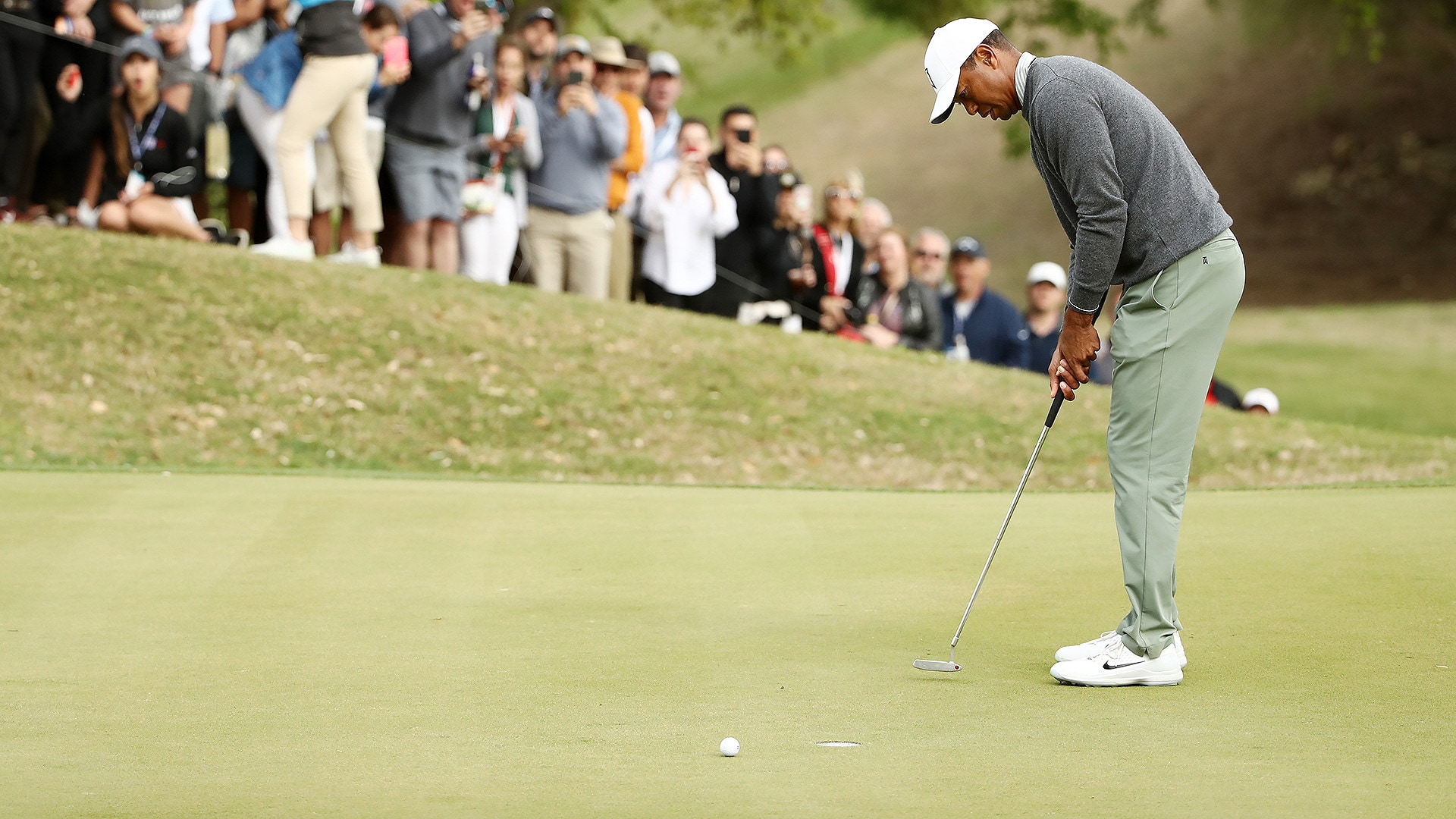 Getty Images
“This is going to sting for a few days.” - Tiger Woods said after missing a 5-footer to lose his quarterfinal match to Lucas Bjerregaard and exit the WGC-Dell Technologies Match Play.
-

AUSTIN, Texas – I walked 35 holes, and I’m grouchy. Scattered thoughts from a marathon and mostly fun day in Austin that saw Tiger Woods bounced from the WGC-Dell Technologies Match Play after a 1-down loss to Lucas Bjerregaard.

· He lipped a 5-footer when he had to have it. There’s kind of no way around it. He missed a number of short putts this week, and he was visibly frustrated by all of them. He also rolled in some longer ones under pressure that made him look like Tiger Freaking Woods. So I have no idea what to make of his putting at the moment. Woods did say afterward that his final miss on the 18th green wasn’t a bad stroke but a misread. Pretty sure he knows the greens at Augusta pretty well, so we’ve got that going for us, which is nice.

· Hats off to Beersy. What a way to announce yourself, staring down Tiger Freaking Woods like that. (Second TFW drop. You can tell it’s been a long day.) The guy just wouldn’t go away, and then made it clear he wasn’t going to go away with the eagle at 16 and the birdie at 17. A lot of guys have blinked looking Tiger in the eyes, especially in match play. Lucas Bjerregaard did not.

· Another non-Tiger note, I’m still not sure I’ve processed what happened with Rory McIlroy on 16 this morning. Standing in that fairway, I was firmly of the belief that Rory was taking the hole and pulling the match even. Instead …

RORY WHAT ARE YOU DOING

· It’s just not often that you see a player of Rory’s caliber melt down like that. He refused to speak about it afterwards, and then apologized for blowing off the media. Rory’s talked about not letting what happens on the course affect who he is off it. Well, it sure as heck got to him for a least a few minutes. Frankly, it would have been weirder if he was all sunshine and rainbows. Get mad, Irish Kid, come back, and let’s do it again.

· You know, and I never say this, maybe Lav’s right:

Been thinking about this all day. There's a reason why almost every other major sports league has a brief cool-off period. Golf needs one, too––it'd benefit both player and media. https://t.co/hatmOwhhcm

Rory wasn’t in any mood to be asked questions, and Tiger granted about a minute of availability to reporters on his way to the parking lot. Multiple times in the four-question session, Tiger mentioned that he hadn’t had a lot of time to think about things, saying, “I just got off the golf course,” and “I need to calm down a little.” I’m definitely not here to tell you that football or basketball coaches are positively expository after losses, but the Match Play did reveal how hard it can be to wrangle a pissed-off of pro immediately after a tough out.

· Where do we go from here? To Augusta. But first, Sixth Street. Austin, here I come.