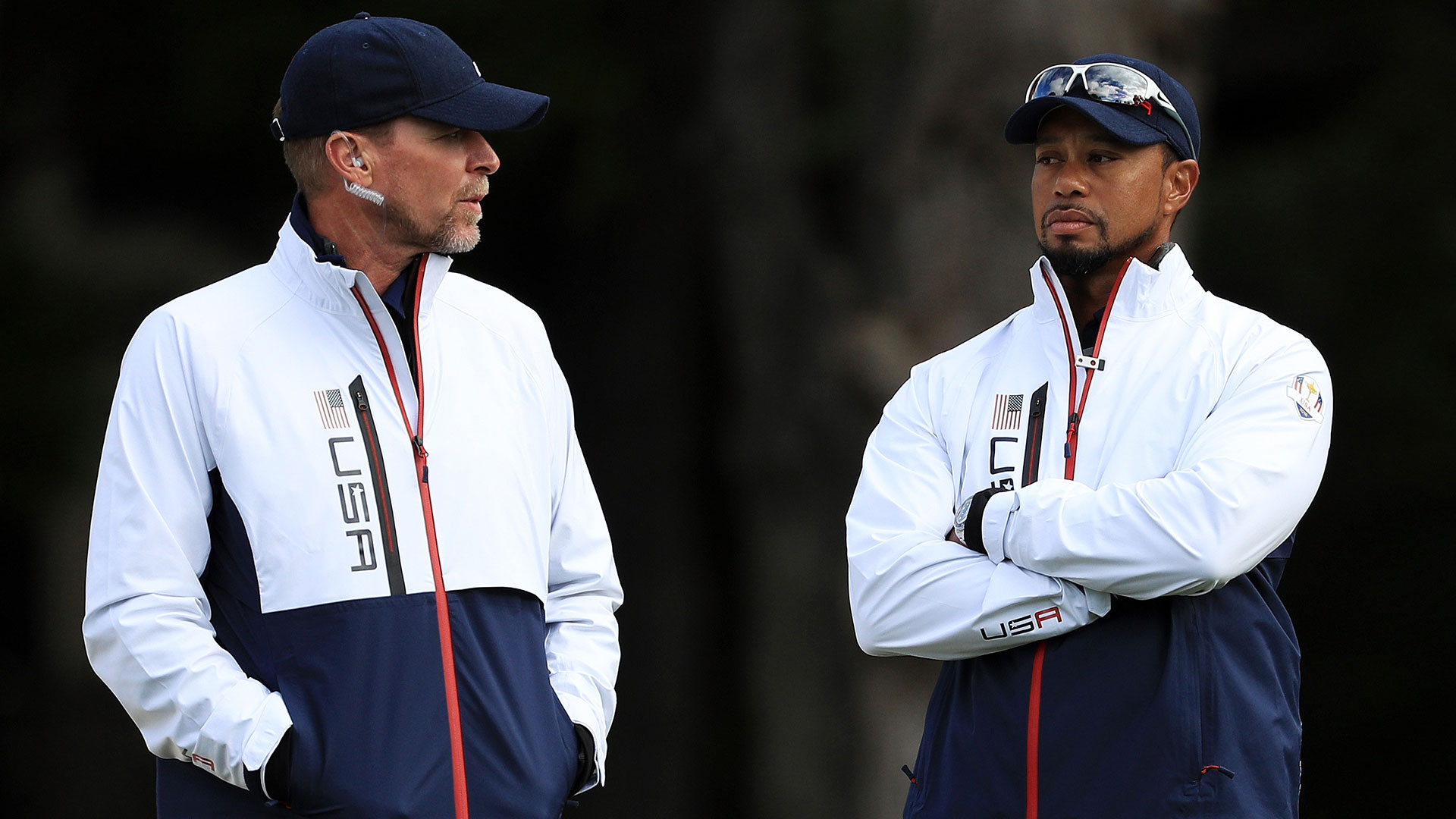 U.S. Ryder Cup captain Steve Stricker was asked if he’d made a decision on Woods serving as a vice captain at this year’s matches at Whistling Straits, Sept. 25-27.

“I've talked to him. I don't know if we are there yet to commit to him being there,” Stricker said at the PGA Championship. “He's still got a lot going on and his spirits are great. He seems like he's in a better place. Like I said, though, he's still got some ways to go.”

Woods served as a vice captain at the 2016 matches and was captain of the U.S. Presidents Cup team in 2019, but he had told Stricker his plan was to play in this year’s matches, which were postponed a year because of the COVID-19 pandemic, before his accident.

Woods posted a photo on social media a couple of weeks ago, showing him standing on crutches and wearing a cast and walking boot on his right leg. Players like Rickie Fowler, Justin Thomas and Rory McIlroy have been to Tiger's house in South Florida and all have offered similar updates as to Tiger's "good spirits." 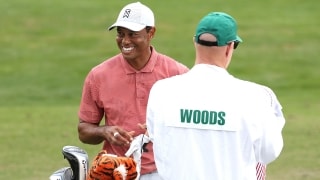 Photo: Tiger in boot, on crutches and smiling

Tiger Woods posted on Friday evening the first photo of himself since a February car accident.

Stricker said Woods remains heavily involved in the planning for this year’s matches and he would be a huge addition to the team room at Whistling Straits.

“I'd love to have him there. Who wouldn't, right? The guys really respect him and he did a great job obviously as a captain but he was an assistant captain of mine in 2017 at the Presidents Cup and he was unbelievable,” Stricker said. “He would do anything for you and he's totally, totally vested in the situation and the process and almost to the point of he's on it early and so much, it's like, dude, we've still got months to go yet.”