With Walker Cup on the line, U.S. trusts the process 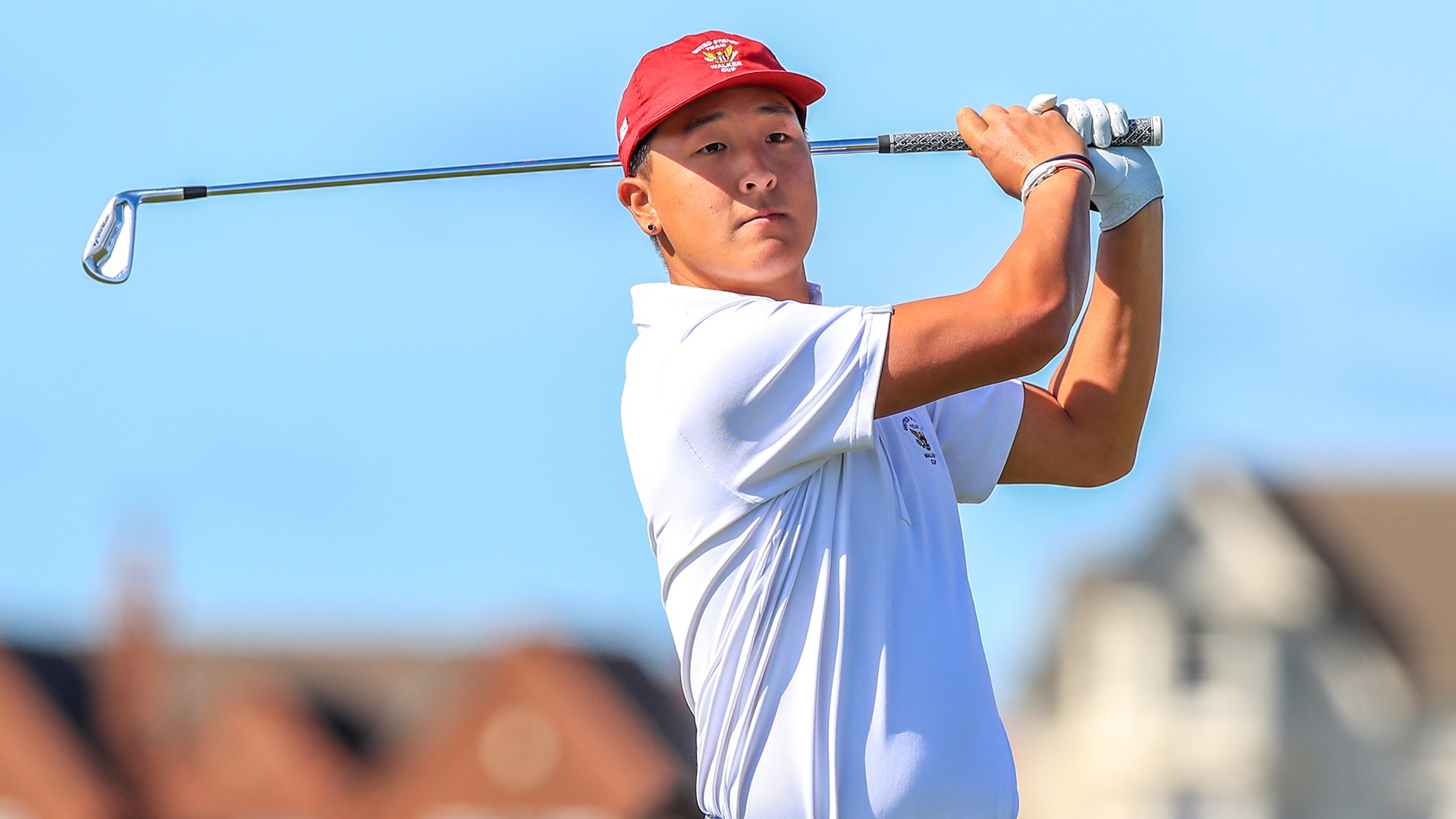 HOYLAKE, England – John Pak had just drained a 25-footer for birdie to square his singles match with James Sugrue when U.S. captain Nathaniel Crosby walked up to him on his way to the 16th tee and delivered a message.

“That really gave me some confidence there,” Pak said.

After Sugrue birdied the par-5 16th, Pak won each of the final two holes, including Royal Liverpool’s par-4 finishing hole with a 10-foot birdie that energized the Americans heading into Sunday’s final two sessions.

With GB&I looking at possibly winning seven of the eight singles matches late Saturday, victories by Pak, John Augenstein and Brandon Wu were huge as the U.S. trails only 7-5. Especially Pak’s point, which he celebrated with a huge fist pump and roar.

“I knew how much that point meant,” Pak said. “There’s a big difference between 7-5 and 8-4. I knew that if I got a point there it would be a lot of momentum going into tomorrow.”

With Pak being one of just two Americans to go 2-0 on Day 1 (Wu was the other), many U.S. fans would expect to see Pak, known for his ability to avoid trouble (he didn’t make anything worse than bogey in college until regionals of his sophomore year), and Isaiah Salinda, the most consistent foursomes pair on Saturday, going back out for Sunday’s foursomes session. However, that won’t be the case. Crosby has a plan and he’s sticking to it.

“I told everybody [Friday] afternoon that this was not going to be a fluid situation,” Crosby said. “I think there's a par excellence with all 10 players, and there's a little bit of parity. … You've got a lot of incredible talents.”

Crosby has made a point to play everyone at least three times this week after he was sat twice in the 1983 Walker Cup here at Royal Liverpool. On Saturday morning, world No. 1 Cole Hammer and Steven Fisk were benched, followed by Stewart Hagestad and Akshay Bhatia. Pak and Salinda will get the call to sit Sunday morning before all 10 players tee it up in singles. Every player was notified of this plan Friday afternoon.

(On the other hand, GB&I captain Craig Watson will sit both Amateur champion Sugrue and Caolan Rafferty for the second time Sunday morning.)

“There was a little bit of steam coming out of ears for two first-team All-Americans that didn't get to play in the morning,” Crosby said. “But they’ve got to look over their shoulders and see that I've got to sit six guys one time. Everyone is going to play three times, and I wanted the pairings to stay consistent with the alternate shot because I really think that I got that part right and I didn't want to juggle and have a different alternate-shot partnership.

“As much confidence as I have in John and Isaiah, I think I did it right by letting everybody know what was going on.”

The decision could end up back-firing, but it also could end up paying off. No American player was blown out in any match Saturday, even if early in both sessions it appeared as if there would be some routs.

Augenstein and Ogletree battled back from a 4-down deficit in foursomes, getting to the 17th hole. In singles, Salinda and Alex Smalley were each 4 down on the back nine, but Salinda forced his match against Conor Gough to the final hole while Smalley got to No. 17.

“Even the matches we ended up losing, we fought hard,” said Hammer, who battled Alex Fitzpatrick in a back-and-forth match before falling on the 18th hole. “We won a few of the last six or seven holes [in several matches] … and that’s huge going into tomorrow. It gives us some momentum and lets us know that we have what it takes under pressure.”