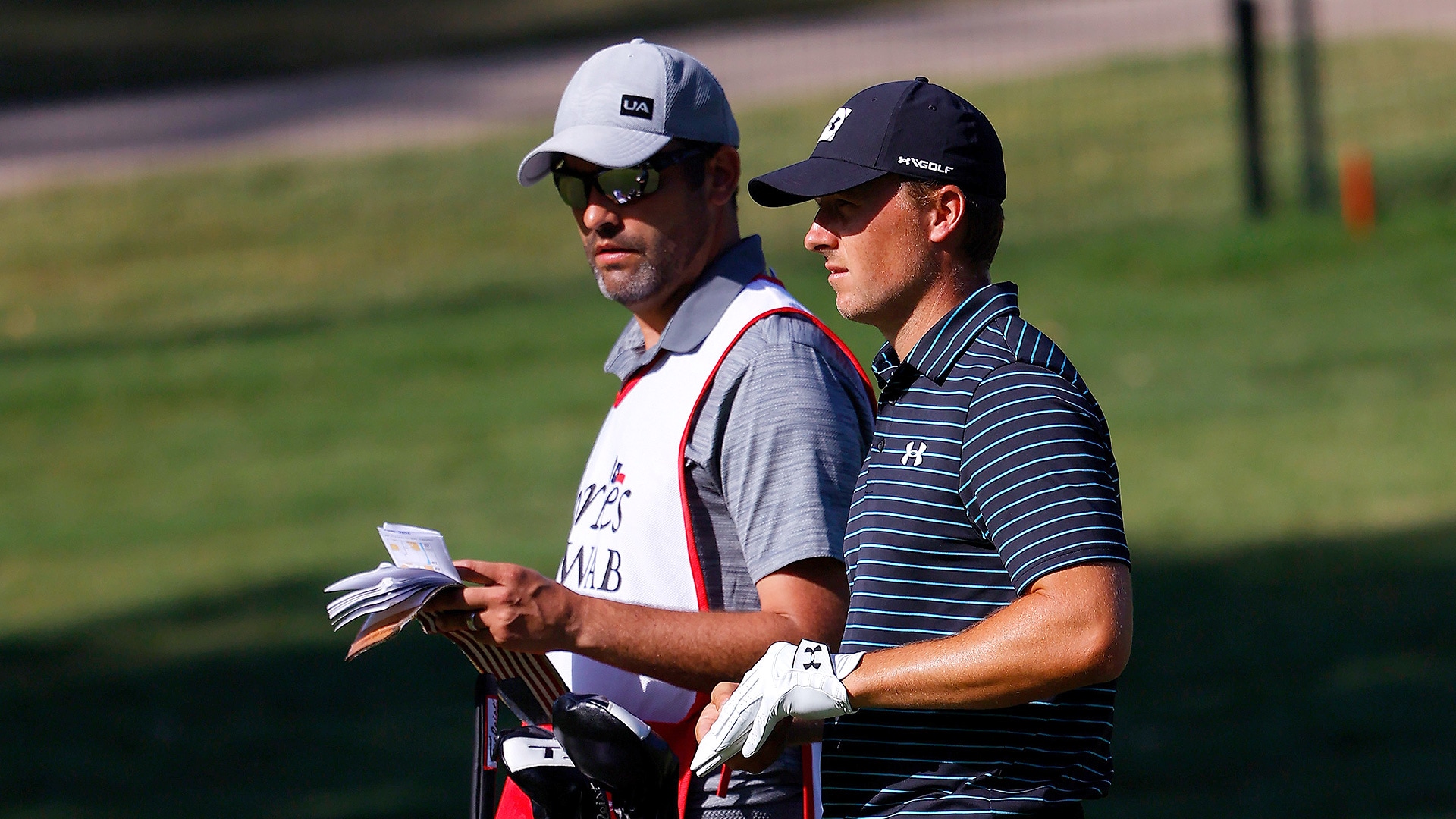 Jordan Spieth double bogeyed his 12th hole in Round 2 of the Charles Schwab Challenge, but also made eight birdies en route to a 5-under 65. Combined with his opening 65 at Colonial Country Club, Spieth is one back of leader Harold Varner III.

Varner, for his part, overcame a triple bogey on his first hole Friday to shoot 4-under 66 and finish at 11 under.

Prior to his misstep at the par-4 third, his 12th hole of the day, Spieth was at minus-11 and held a two-stroke lead.

But after hitting his approach shot to 29 feet, Spieth ran his birdie putt 3 feet past the hole. He then ran his par effort another 3 feet past. And then missed his bogey putt, you guessed it, 3 feet long. Here's a look at the series of three putts from 3 feet.

The four-putt double bogey dropped Spieth to 9 under par for the tournament, and into a share of the lead, at the time. He fell one back after a wayward tee shot led to bogey at the par-4 fourth.

Spieth, however, bounced back with birdies on Nos. 5 and 6, and made some clutch par saves coming home to stay in contention for his first PGA Tour victory since the 2017 Open Championship.