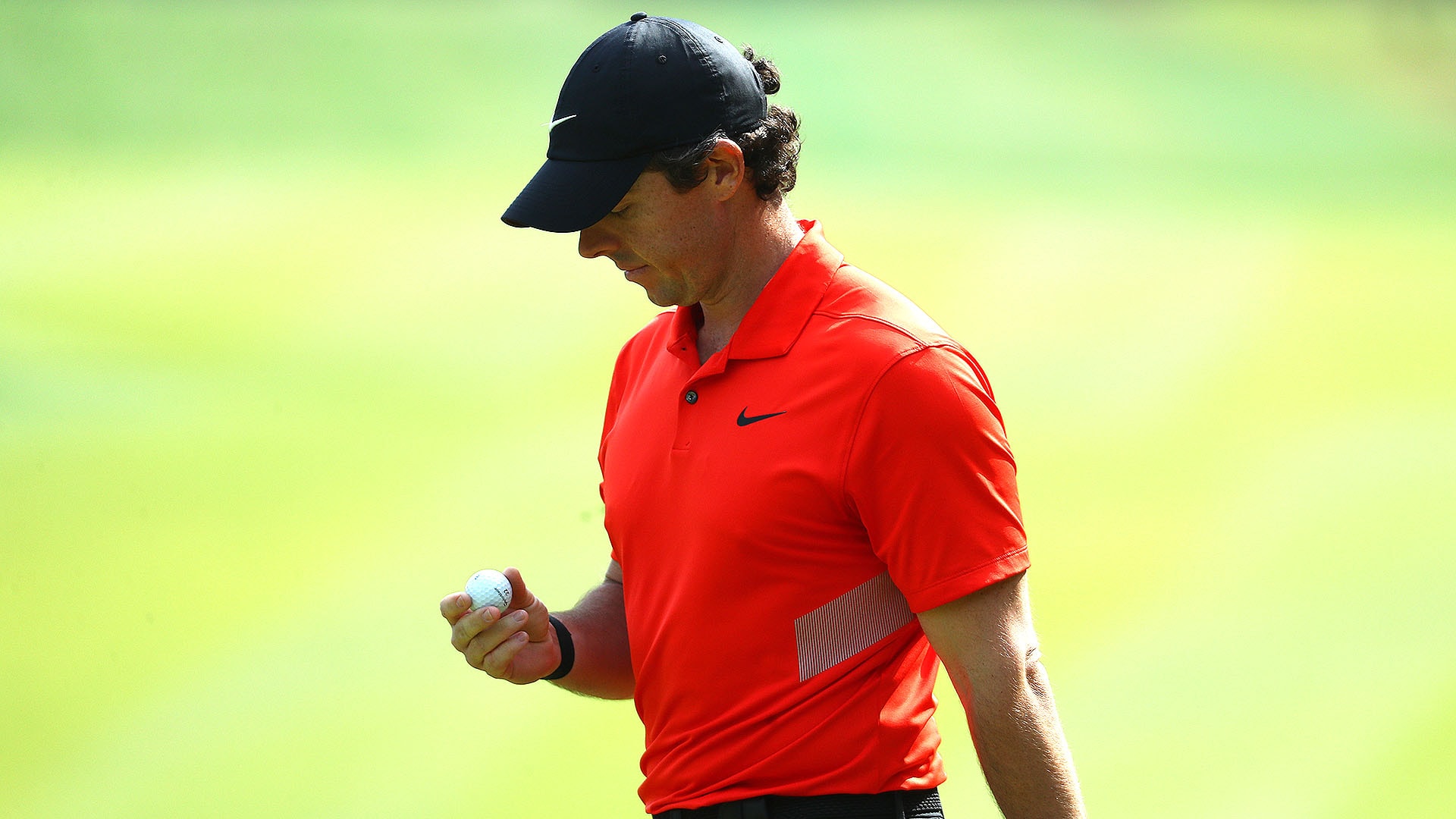 Rory McIlroy made five birdies and an eagle in his second round at the WGC-HSBC Champions, but it was a bogey that was arguably his best score of the day.

Playing a 3-wood at the par-4 16th, McIlroy wildly hooked his tee shot into the left trees, flinging his club during the follow-through.

McIlroy re-teed, hitting his provisional with a 6-iron. He managed to find his original ball, but opted to declare an unplayable lie and went back to the tee for a third time ... and still saved bogey.

That dropped him to 8 under par for the tournament, three strokes off the lead. But McIlroy eagled the par-5 18th to finish one back.