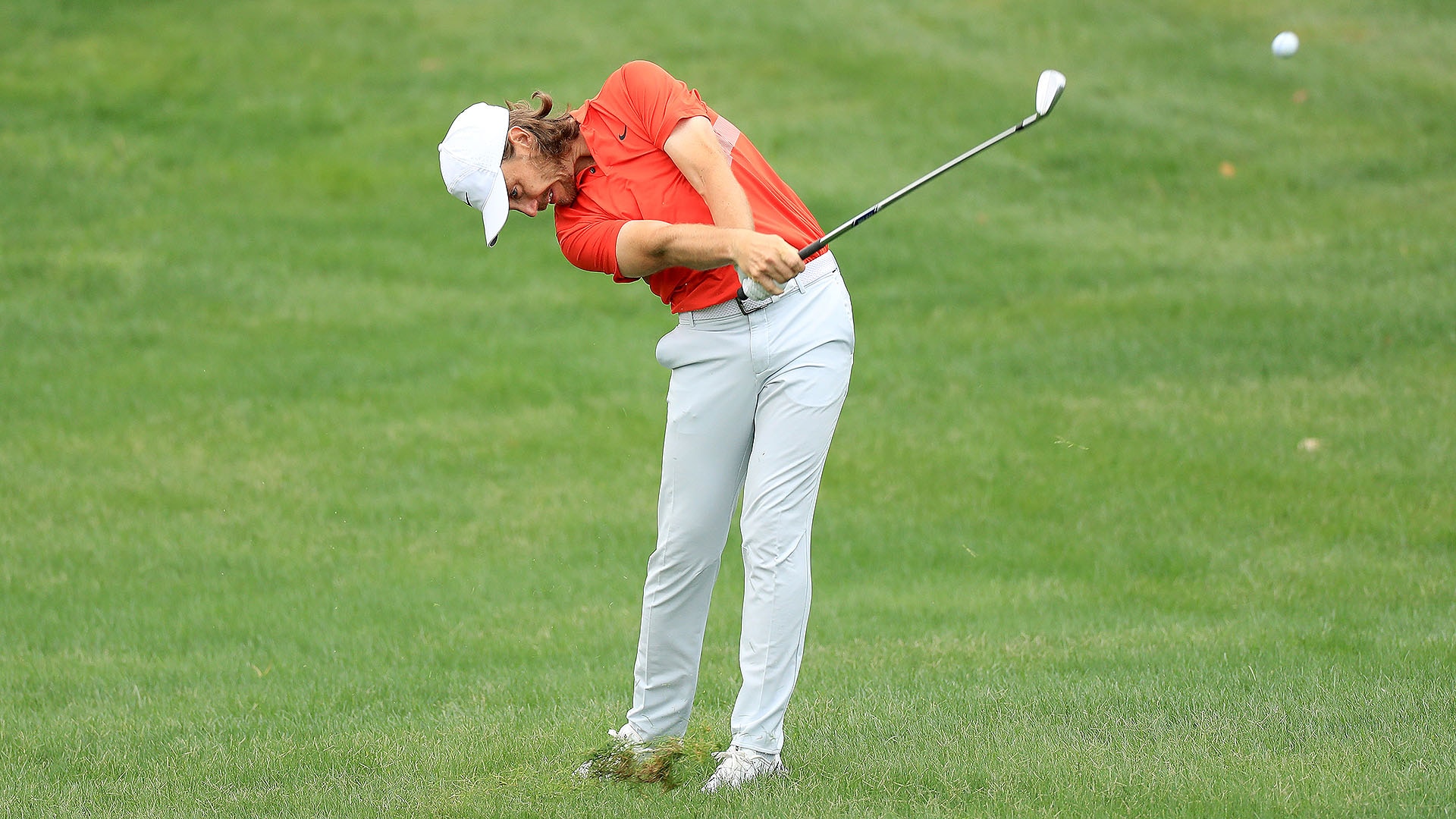 Tommy Fleetwood's previous event ended with three eagles and trophy and this one began with a hole-out eagle.

Fleetwood holed his first shot of the day from 153 yards at the DP World Tour Championship.

Fleetwood eagled three par 5s in his final round in South Africa, en route to winning the Nedbank Golf Challenge, his first tournament title of the year. The win gave him a shot at claiming the Race to Dubai title in this week’s European Tour season finale.

The Englishman needs no worse than a tie for second to have a shot at the grand prize and the hole-out start quickly pushed him in that direction.

Fleetwood followed that eagle with a birdie at the second and turned in 5-under 31. He added two more birdies on the inward half but also had a pair of bogeys. Fleetwood did, however, avoid ruining his round at the par-5 18th with a lucky break off the rocks.

His 5-under 67 placed him in a tie for fourth, four shots behind leader Michael Lorenzo-Vera.