Where the pre-tournament favorites lost the 84th Masters Tournament 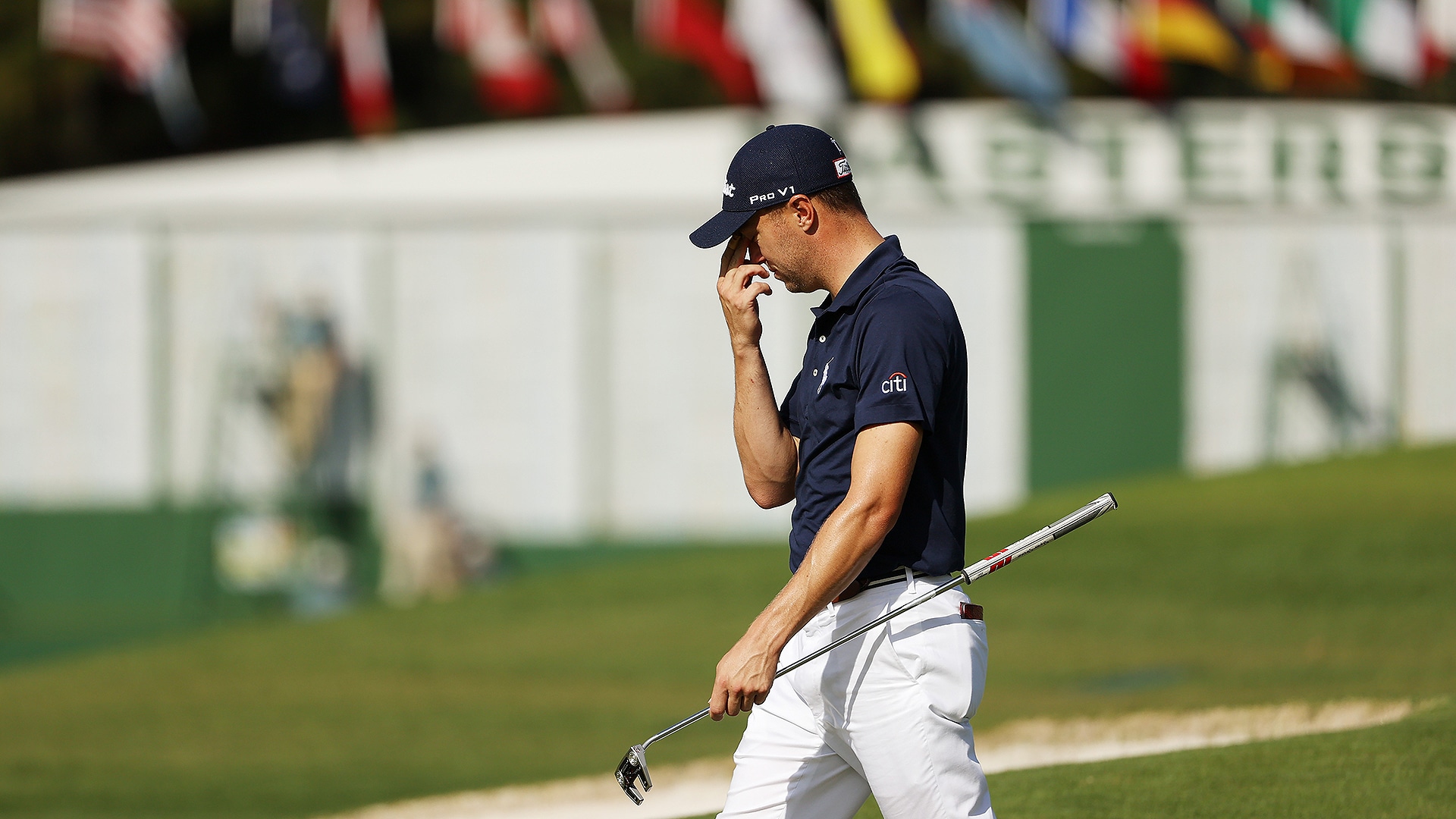 Johnson paid off on Sunday, winning his second major championship with a tournament-record, 20-under total.

Here’s a look at where it went wrong for some of the other notables, where their paths to Butler Cabin were re-routed.

Bryson DeChambeau, Round 2, par-4 third: Despite making double bogey on his fourth hole of the tournament, DeChambeau patchworked an opening 70 and made an early run in Round 2. On the par-4 third, his 12th hole of the day, DeChambeau’s tee shot plugged into the second cut and could not be found. He had to re-tee and made triple bogey. DeChambeau made the cut on the number but never factored. Finish: T-34, 2 under par

Jon Rahm, Round 3, par-5 eighth: After starting the third round as a co-leader, Rahm quickly fell four back to a surging DJ. On the eighth hole, Rahm topped his second shot with a metal wood – “great mud ball,” he said – and his third shot ricocheted off a tree and into an unplayable lie. He made double-bogey 7 and finished Saturday seven back. Finish: T-7, 10 under

Justin Thomas, Round 3, par-5 15th: Thomas was also a second-round co-leader – one of five – and was trying to keep pace with Johnson in Round 3. After going bogey-birdie-bogey on Nos. 12-14, Thomas was four shots off the lead. Needing, at worst, a birdie on the par-5 15th, Thomas’ second shot flew the green and ran into the 16th-hole pond. He made bogey – while Johnson birdied the hole – and Thomas fell six back. Finish: 4th, 12 under

Rory McIlroy, Round 3, par-5 13th: You can easily make a case McIlroy lost this on Thursday with an opening 75. But as Rory is inclined to do, he rallied with a 66 in Round 2 and was 5 under par in his third round, with a bunker hole-out at the 12th. At that point, he was 8 under for the tournament and charging. And then he three-putted from 9 feet at the 15th. Bogey instead of birdie and he was eight back by day's end. Had he been a couple of shots closer going into the final round, who knows what might have happened? Finish: T-5, 11 under

Tiger Woods, Round 3, par-5 eighth: Woods was 5 under par and four strokes off the 36-hole lead when he teed off Saturday afternoon. A series of pars pushed him further down the leaderboard and any chance at a run needed to start at the eighth. But Woods pulled his tee shot into the pines, pushed his second into the second cut, and three-putted for a bogey. Tiger’s title defense hopes, hanging precariously, ultimately dropped. Finish: T-38, 1 under par

Brooks Koepka, Round 3, par-3 sixth: Like Woods, Koepka was 5 under through two rounds and the four-time major champion picked up a couple of early birdies in Round 3. He gave one back with a bogey at the fifth and then missed on the wrong side of the green at the sixth. Facing an impossible 90-footer, Koepka three-putted for his second straight dropped shot. Finish: T-7, 10 under