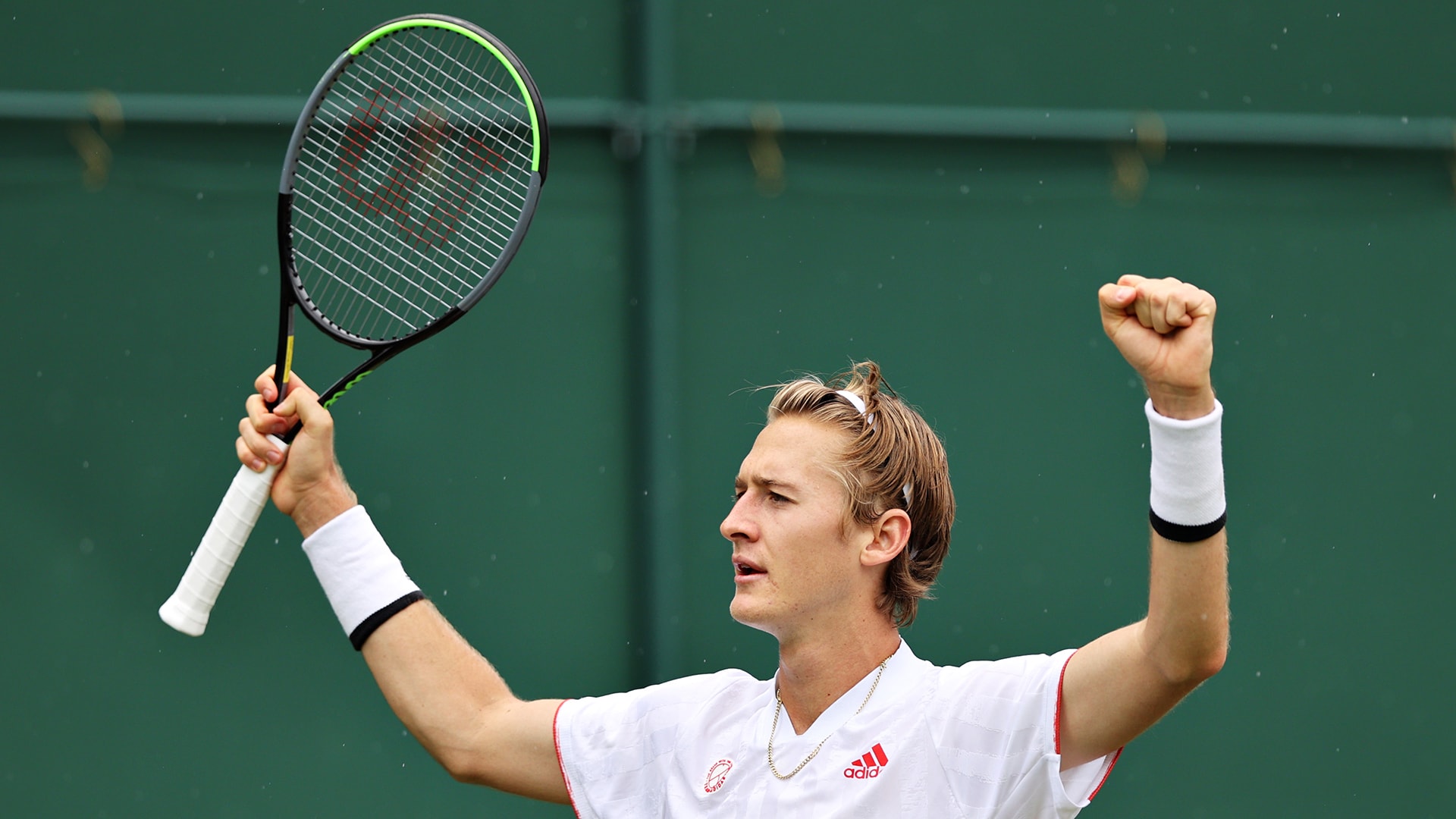 Another Korda is trying to win a Grand Slam title this week.

Sebastian Korda, the younger brother of Jessica and Nelly Korda, won his debut match Tuesday at Wimbledon. Korda, ranked 50th in the world, upset Alex De Minaur in a four-set opening match at the All England Club.

“The last few days have been pretty crazy,” Korda told reporters after his match. “My sister winning her first major and now at No. 1 in the world is incredible; she’s 22 and already doing crazy stuff and it’s inspirational. But it’s my first Wimbledon, and I’m having a lot of fun as well.”

Sebastian, 20, and his famous father, Petr, the 1998 Australian Open tennis champion who reached No. 2 in the world, FaceTimed with Nelly following her resounding victory at Atlanta Athletic Club. Sebastian will next face either Zhang Zhizhen or Antoine Hoang for a spot in the final 32 at Wimbledon.

Also, Sebastian talked about a difficult decision not to join Nelly and Jessica as American Olympians in Tokyo. He told Ben Rothenberg of the New York Times that he made the decision Sunday evening to withdraw his name from consideration for Team USA in order to focus on the upcoming U.S. Open. Korda was in position to qualify, as he was ranked 50th in the ATP rankings and the fourth highest-ranked American, though other U.S. players, including John Isner, have also withdrawn.

Korda's agent, Patricio Apey, confirmed the decision to NBC Sports: "The decision to not play the Tokyo Olympics this summer was made after careful consideration and with the full support of the USTA."