WGC-Dell Technologies Match Play recaps: Round of 16 at Austin CC 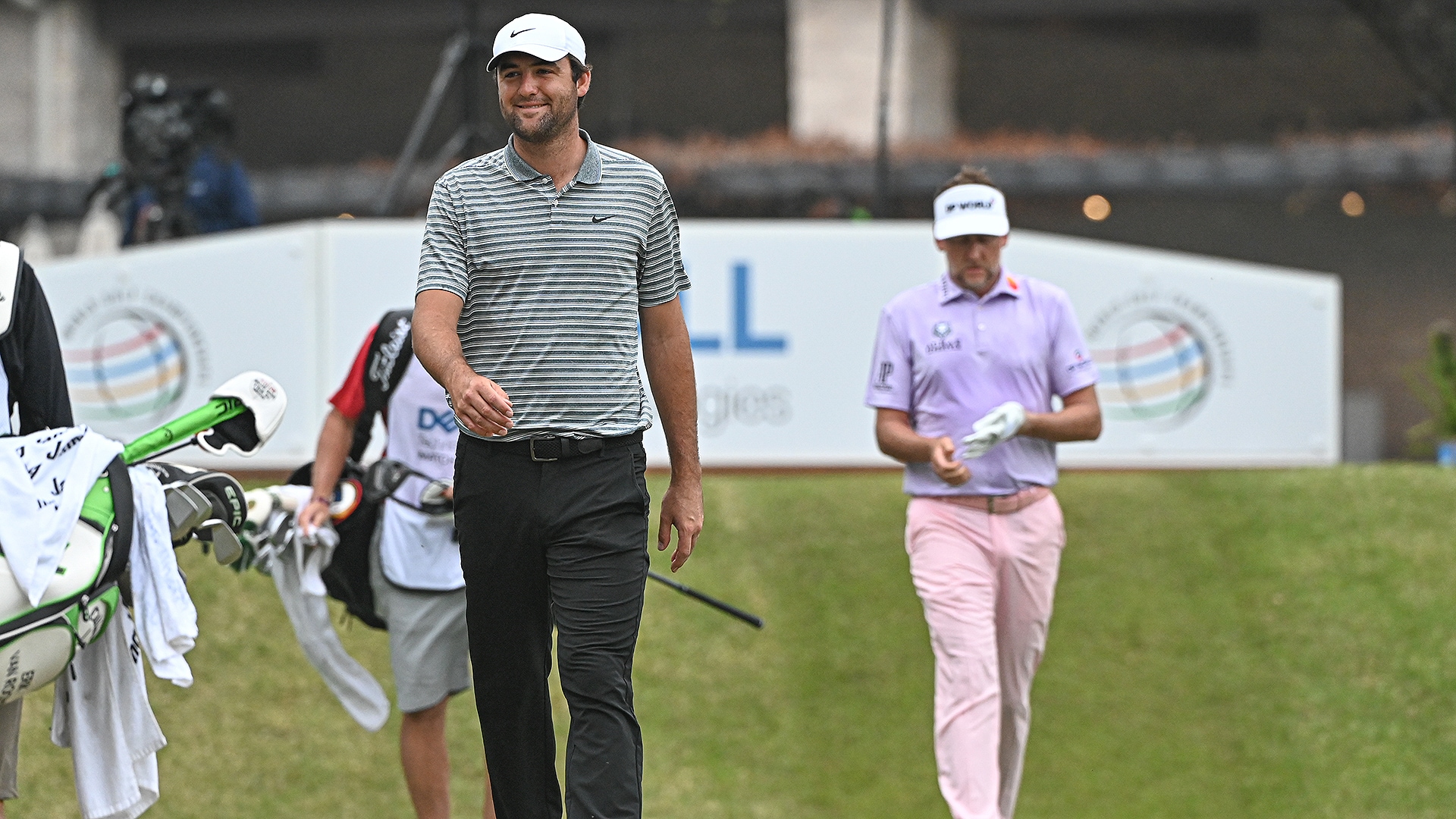 Sixteen players battled Saturday morning at Austin Country Club for the chance to compete in the quarterfinals of the WGC-Dell Technologies Match Play Championship. Here's how the Round of 16 played out:

A torrid start for the Englishman included a hole-in-one at the par-3 fourth hole to go 2 up. It was the second consecutive hole-in-one at the fourth, following Sergio Garcia’s ace late Friday, and helped secure Fleetwood’s second trip to the Elite 8.

Horschel picked up where he left off Friday with back-to-back birdies to start the round. It was a commanding lead that he never gave up and Horschel finished with seven birdies .

In his last 18 holes, the Spaniard had a hole-in-one (in Friday’s group playoff), an eagle and three birdies to easily advance to the quarterfinals. The real test will come in the afternoon match with Garcia nursing a sore left foot.

The Frenchman remained flawless in his match that featured six birdies through 14 holes. He’s 13 under over his last 33 holes and he hasn’t trailed in a match since Thursday.

With Poulter in Poulter mode it was an impressive victory for Scheffler, who poured it on late with four consecutive birdies starting at No. 10 to put the Englishman away.

This match was not as close as the score would suggest and it appears as if Rahm hasn’t played his best golf yet. Still, he had two eagles on the back nine and seems to have the most momentum of any in the Elite 8.

In what was the match of the morning Harman was 4 down through five holes before lighting up Austin Country Club with eight consecutive birdies to stun Watson and make his first trip to the quarterfinals.

This was more of an indictment on what Spieth didn’t do, with plenty of chances to close Kuchar out late in the match. Still, the 2013 WGC-Match Play champion remains in the hunt thanks to a clutch birdie on the 18th hole and an impressive short game.