Denied cart by R&A, Daly opts for Barbasol over Open 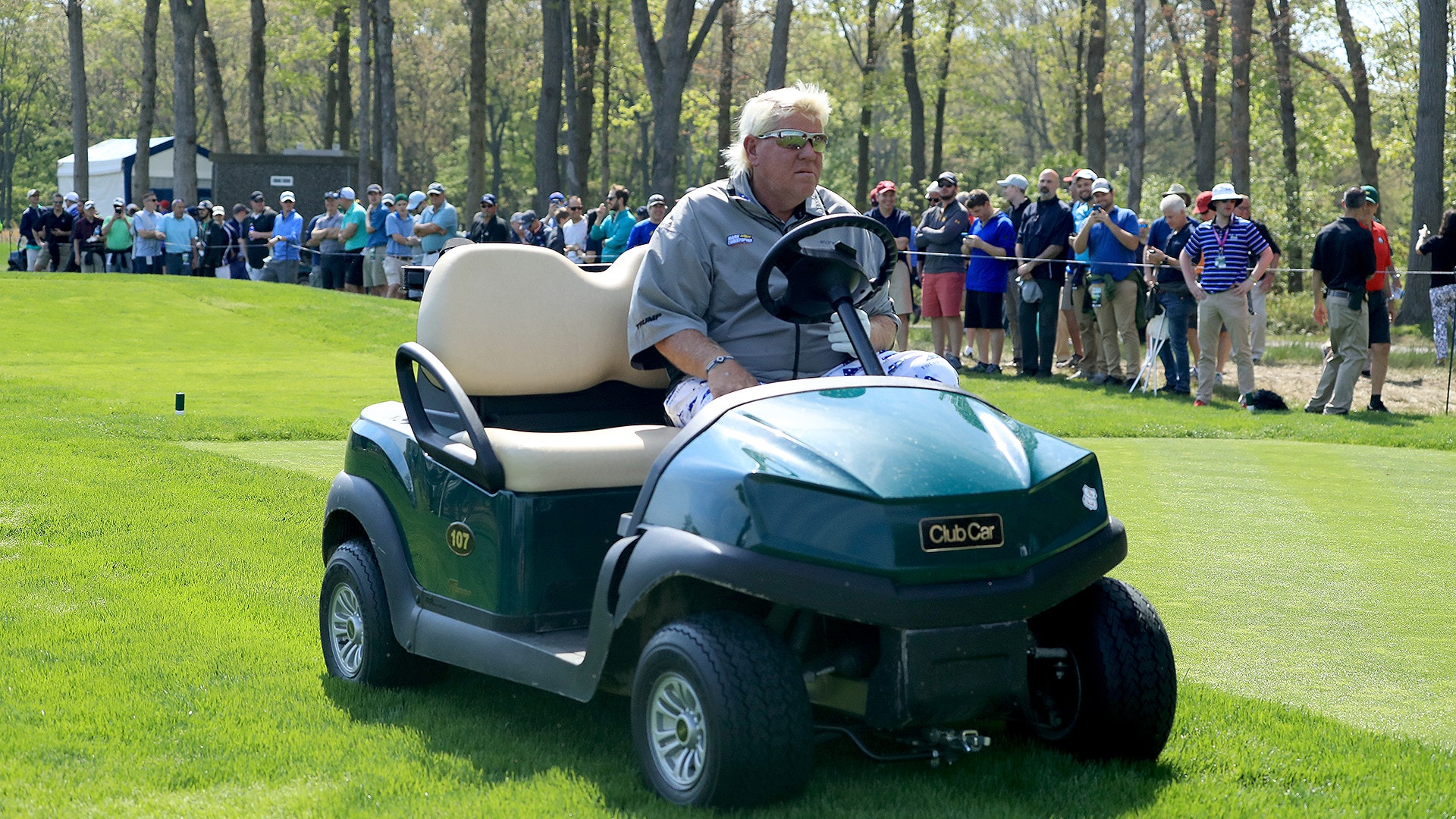 John Daly will play a PGA Tour event next week, just not the one you might expect.

A winner of The Open in 1995 at St. Andrews, Daly had originally planned to take part in the championship's return to Royal Portrush. But to do so Daly claimed that he would need to use a cart to manage the pain in his right knee stemming from osteoarthritis.

Daly successfully petitioned the PGA of America to use a cart during the PGA Championship in May, but a similar request was denied by the R&A over the weekend. Daly subsequently withdrew from the Portrush field on Tuesday, days after sharing on social media that he had been hospitalized after suffering a spider bite while on vacation in England.

But the 53-year-old's recovery seems to be going well, as he has been offered and accepted a sponsor exemption into next week's Barbasol Championship in Kentucky. 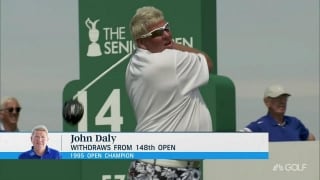 Daly withdraws from The 148th Open due to spider bite

John Daly has withdrawn from The 148th Open. Daly cites being bitten by a brown recluse spider as the reason.

Held opposite the final major of the season, the Barbasol is in its second year at Keene Trace Golf Club in Nicholasville, Ky., after three years in Alabama. Like other events held opposite majors and WGCs, it is designed to give a playing opportunity to PGA Tour members who have not qualified for the week's biggest event.

But the cart issue means they'll have a former Champion Golfer of the Year in the field next week, as tournament director Bryan Pettigrew confirmed to GolfChannel.com that Daly will be allowed to use a cart at the Barbasol "if he wants one." According to Pettigrew, Daly initiated contact with the tournament three weeks ago to discuss the possibility of playing – well before the R&A struck down his cart request.

"We have been trading emails since then and talking about him coming to Kentucky, and he had interest," Pettigrew said. "When we read about The Open and his considering to play across the pond, we decided we'd better get our official invite to him."

The event will mark Daly's first PGA Tour start outside the majors since The Greenbrier a year ago. He is also expected to use a cart the following week at the Barracuda Championship in Reno, Nev., another opposite-field event held the same week as the WGC-FedEx St. Jude Invitational. 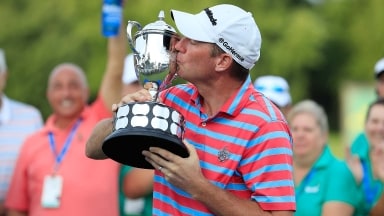 Taking advantage of playing partner Kelly Kraft's two late bogeys, Jim Herman finished with a 2-under 70 for a one-stroke victory at Keene Trace. 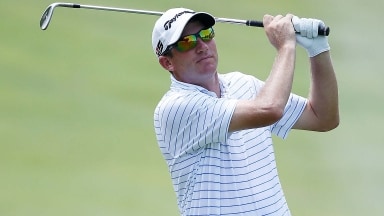 With Trump's putting help, Herman one ahead at Barbasol

Helped by President Donald Trump's putting advice, Jim Herman had two eagles in a 10-under 62 to maintain a one-stroke lead Saturday in the PGA Tour's Barbasol Championship. 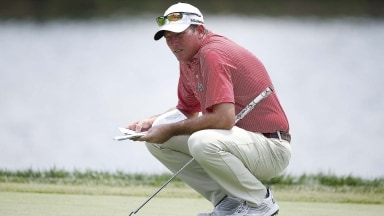 Herman leads Haas by one through 36 holes at Barbasol Championship

Jim Herman shot his second straight 7-under 65 on Friday to take the second-round lead in the PGA Tour's Barbasol Championship.