‘History to be made’ at Royal Troon after COVID-19 break 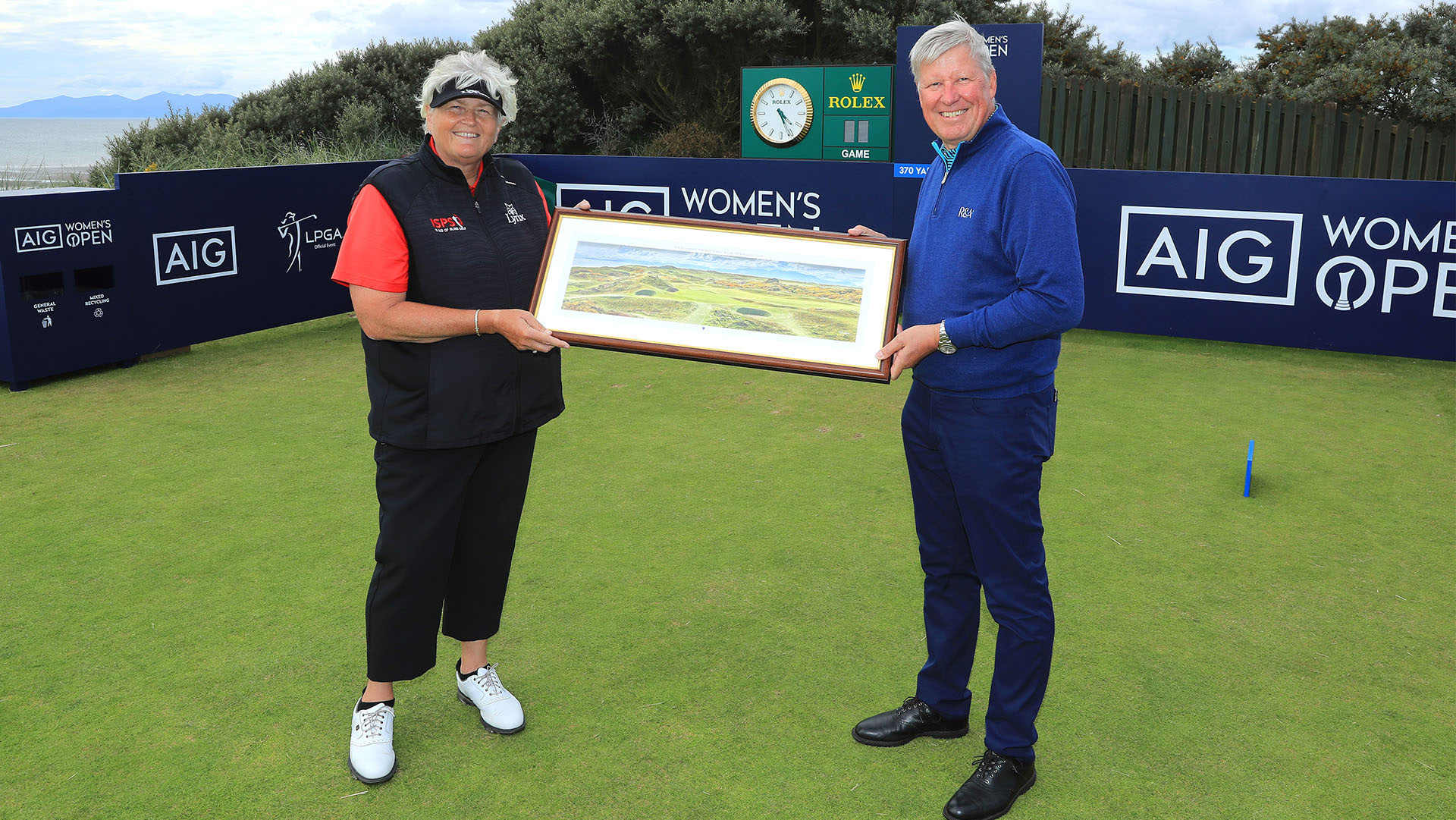 Another door is opening to the women’s best players at Royal Troon this week.

Fittingly, the best British player ever will lead the way.

It’s the first time Royal Troon is staging the event.

“It’s definitely an honor,” she said of being asked to lead off. “I didn’t hesitate to say yes.”

Royal Troon has staged The Open nine times, with winner Henrik Stenson dueling Phil Mickelson in a brilliant finish four years ago, the same year the club invited women as members for the first time.

Arnold Palmer, Bobby Locke, Tom Watson and Tom Weiskopf are among The Open winners there.

“It's a really big deal,” said Stacy Lewis, who is looking to win her third major championship, her second in Scotland. “This is a big week for women's golf, to be playing here on a golf course that's been in the men's rotation for a very long time and didn't even allow female members to come play this golf course for a very long time.

“And just really cool I think of the R&A to give Laura Davies that first tee shot tomorrow. There's just a lot of history to be made this week.”

R&A chief executive Martin Slumbers also announced Wednesday that Muirfield will host the women’s major for the first time in 2022. The women will go to Carnoustie next year and to St. Andrews for the third time in ’24. 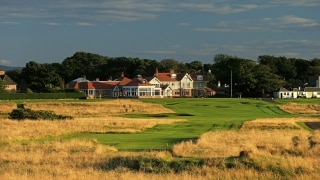 Muirfield opened its doors to women as members for the first time last year.

“It's a huge statement of their commitment to the game and their commitment to the women's game,” Slumbers said. “But the whole five years is intended to be a huge statement of intent about how we want to provide the platform for the best women golfers to play on some of the best golf courses that we can offer in GB&I. It's a five-year run that really should whet the appetite of every great golf lover.”

It's a huge statement by the R&A and AIG.

Muirfield was stricken from the R&A’s list of venues eligible to host The Open before it reversed its ban on women as members.

Lewis, who won this championship at St. Andrews seven years ago, relishes the chance to play another historic venue.

“It's just a championship I love,” she said. “I love the history of the game. Obviously, winning at St Andrews, I'm never going to top it, ever.

“Just the history, the history of all these golf courses, you think about how long they have all been here, and how long the game of golf has been played here. It’s just really cool.”

The women expect to be greeted by classic Open conditions, with strong winds and rain forecast through the first two days.

That promises to bring Royal Troon’s deep bunkers, gorse and dunes into play.

It also promises to make the famed Postage Stamp hole, No. 8, play even tougher as one of the most demanding short holes in championship golf. It will play just 114 yards on the scorecard this week, with the tee shot over a gully, to a narrow green guarded by five bunkers, including the “Coffin,” a bunker with a name that tells you everything you need to know about it.

This will mark the best field since the LPGA’s restart amid the novel coronavirus pandemic, with six of the top 10 in the Rolex Women’s World Rankings in the field.

Japan’s Hinako Shibuno is back to defend her title after bursting on to the international scene so spectacularly last year. 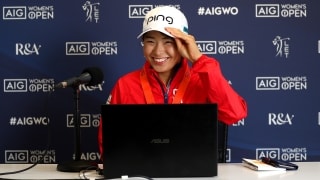 Hinako Shibuno without fans in her title defense at the AIG Women’s Open this week? It may be like watching a fireworks’ show in fog.

Brooke Henderson will be making her restart.

So will seven-time major championship winner Inbee Park, but she’s the highest ranked South Korean in the field, with so many of her fellow countrywomen passing on the year’s first major.

No. 1 Jin Young Ko, No. 3 Sung Hyun Park, No. 6 Sei Young Kim, No. 9 Hyo Joo Kim and No. 11 Jeongeun Lee6 have yet to play the LPGA since its restart a month ago. They’re all still back in their homeland amid the pandemic, with the virus more under control there.

Park said she was wary of playing this week, too.

Park, however, said she is impressed with the “bio secure zone” the R&A has created, with testing protocols and a secure bubble for the players and caddies and staff, with no fans attending this week.

South Koreans have dominated major championships in women’s golf. They’ve won 19 of the last 39 majors, three of the last five.

“I think it's a little bit of a shame, truly I do,” Lewis said. “You want the best players here. You want to compete and win against truly the best players, but you certainly have to understand . . . You can't fault them for that, with everything going on in the world. But for the girls that are here, it's a major championship. It counts just like any other major championship in the years past and going forward. So, for us here, I don't think it really matters.”