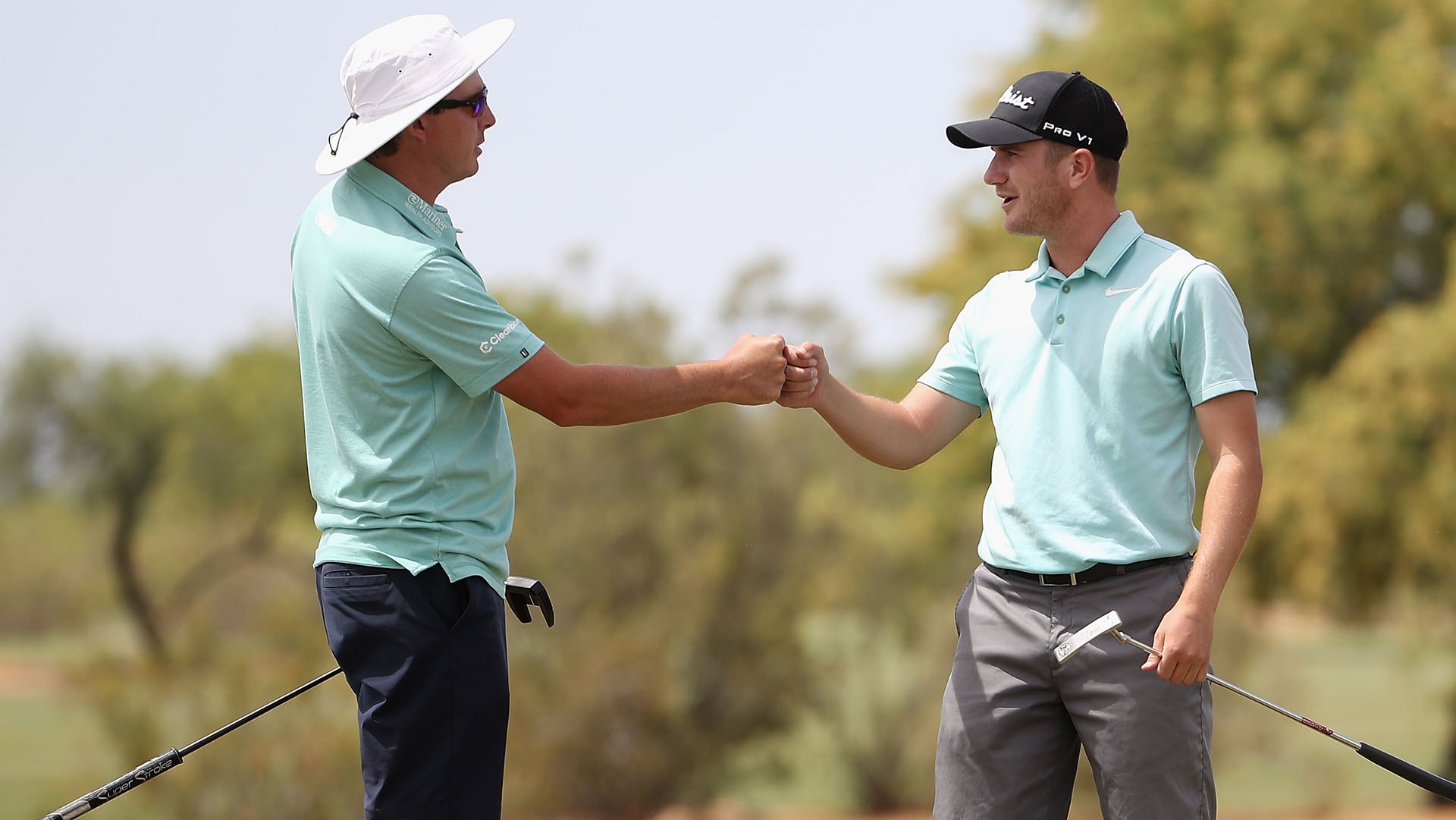 The Scottsdale AZ Open didn't go to one of the regular Tour contenders in the mix, but instead to an unheralded 24-year-old who left the field in his wake. Smith shot a final-round 62 at Talking Stick Golf Club to win by three shots with a 54-hole score of 18 under.

"I just trusted my game. I've been working hard leading up to this," Smith told Monday Q Info. "I was listening to a podcast on the way up here, and actually, the guy said, 'Pressure is a privilege.' And I took that to heart, and just trusted it and let it go."

Smith graduated last year from UC-Santa Barbara, qualifying for the NCAA tournament as an individual in his senior year, but he has yet to make an impact since turning pro and began the week as a 500/1 longshot according to the Westgate Las Vegas SuperBook. But those odds didn't faze him as he raced past a number of notables to capture the $20,000 top prize.

Smith started the final round three shots off the lead, but he moved to the top of the standings with a run of six birdies in eight holes from Nos. 7-14.

Colt Knost, who retired from PGA Tour competition after this year's Waste Management Phoenix Open, made $6,860 for a T-3 finish after shooting three straight rounds of 66 or better. Knost birdied four of his first seven holes to get within a shot of the lead, but couldn't close the gap from there.

Pre-tournament favorite Joel Dahmen, who won this event in 2017, began the day in second place but faded to a T-8 finish after a closing 71. Kevin Streelman tied for 10th at 10 under, while fellow Tour winner Nate Lashley finished T-16.

Former Mackenzie Tour member Carson Roberts, who began the final round with a one-shot lead, made $11,200 for finishing alone in second place. The independent tournament offered a $125,000 purse that was split among the top 50 players and ties who made it past the 36-hole cut.