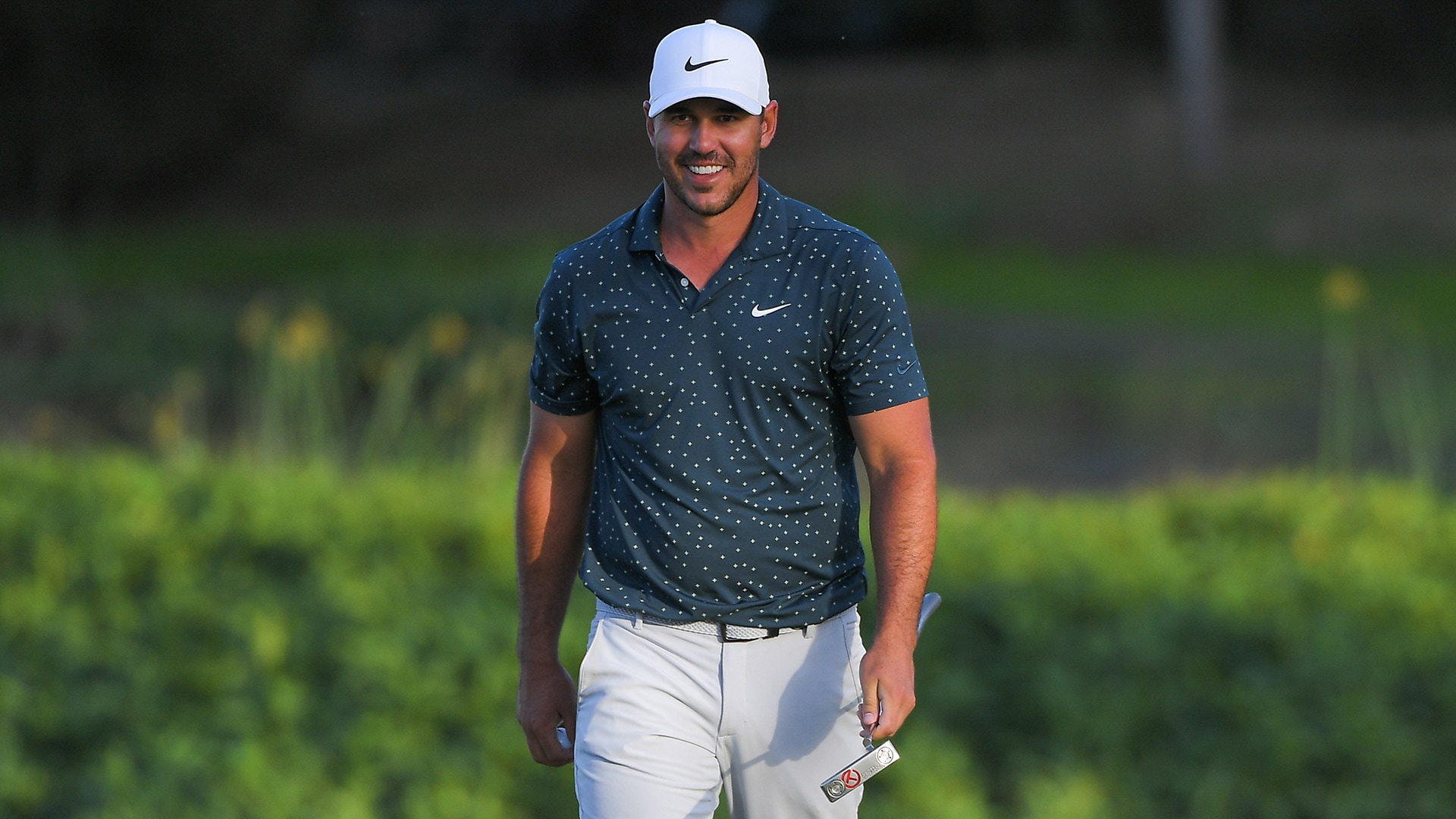 AUGUSTA, Ga. – Brooks Koepka is on site at Augusta National.

Koepka, who had surgery on his right knee on March 16 and hasn't played since the WGC-Workday Championship in early March, was spotted Sunday hitting balls on the range before heading out on the course for more practice.

"If I knew I was going to finish second, I wouldn’t have shown up,” Koepka told reporters. “I feel I can win. I’ll play, I’ll play. I’ll be all right.”

Koepka previously said that he was diagnosed with “a right knee cap dislocation and ligament damage.”

A couple of weeks ago on social media, Koepka shared images of himself on crutches and with his knee bandaged, putting his status for Augusta National in doubt. Koepka, who missed significant action the last two years as he's battled left knee and hip injuries, withdrew from The Players and also missed the WGC-Dell Technologies Match Play following a run of strong play that included a win in Phoenix and runner-up in his last start at Concession.

Koepka said on site Sunday that he didn't expect to be able to play this week's major, but that he was hitting balls six days later and did "seven-plus hours every day of rehab between getting my neck straightened away and then my knee."

“We were hopeful we would be here at Augusta,” Koepka said. “Couple bad days of rehab or anything like that it sets you back pretty quick.

“The goal was to play Augusta. Here we are.”

Koepka made news last week for other reasons: he and girlfriend, Jena Sims, announced they were engaged.