Monday Scramble: Top 10 Players favorites - Rory McIlroy's to win, but will he? 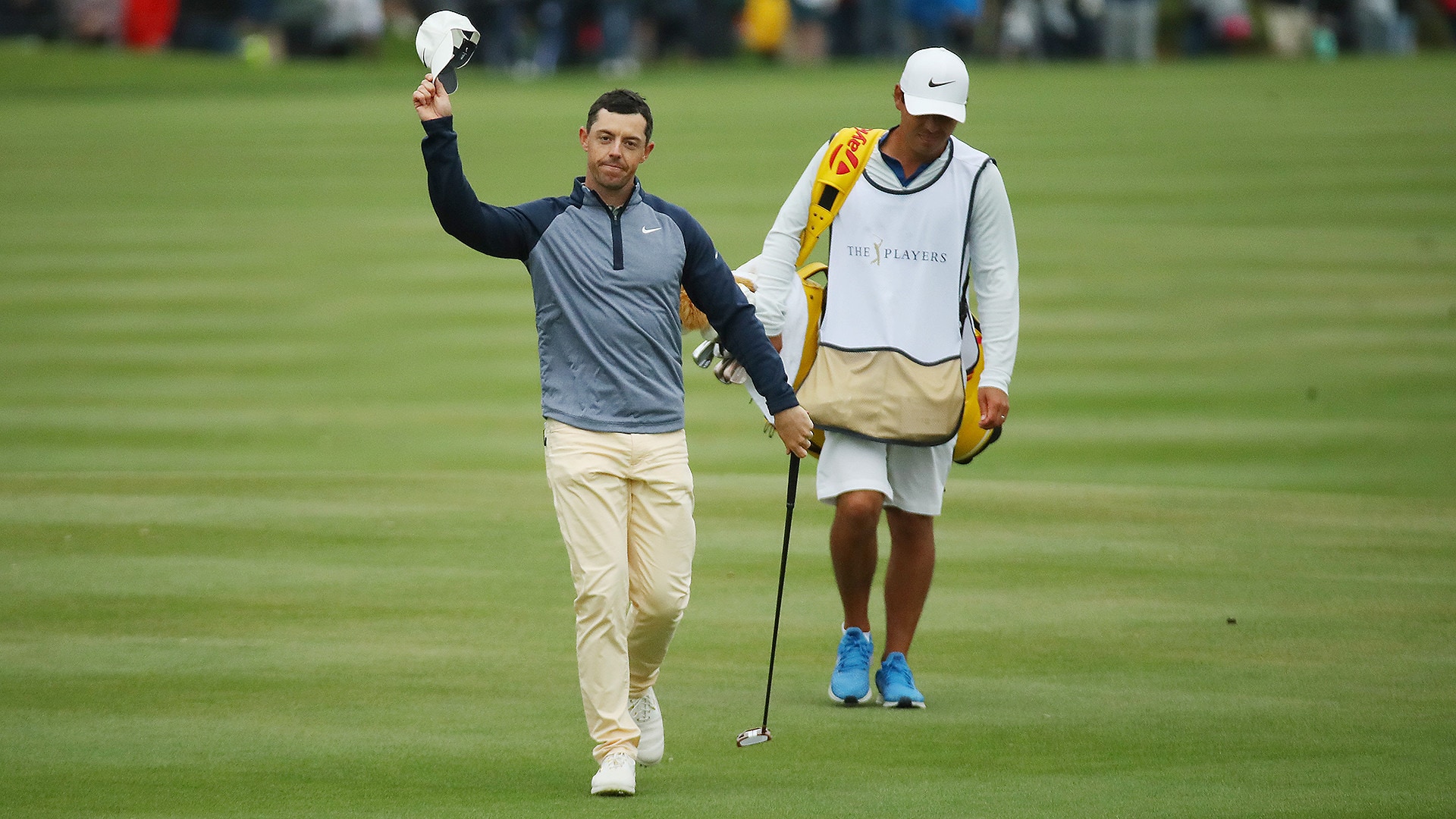 1. Tyrrell Hatton kept his composure by making par on the last seven holes to win the Arnold Palmer Invitational for his first PGA Tour title.

TAKEAWAY: Go figure – one of the most combustible players in golf was the one to withstand the stiffest test of the season. Granted, it wasn’t easy, as I documented in this Sunday night column from Bay Hill, but the manner in which Hatton won – overcoming his emotions, a bad break, a game Marc Leishman – will prove to be very valuable moving forward. That it came in only his second start since off-season wrist surgery sets the foundation for a career year for the 28-year-old, who figures to be a menace once again at the Ryder Cup.

A week after NBC’s Paul Azinger made what some viewed as condescending remarks about the European Tour, Hatton made a strong statement that he can win on both sides of the Atlantic.

2. Playing in the penultimate group Sunday, Rory McIlroy shot 76 to fall into a tie for fifth – his fourth consecutive top-5 to start the year.

TAKEAWAY: That last part is important – McIlroy is playing high-level golf, and it was his seventh consecutive top-5 finish worldwide, dating to last year. And yet, it still feels somewhat disappointing, because he has only one victory to show for it.

At Torrey Pines, he bogeyed three of his first four holes on Sunday. At Riviera, where he held a share of the 54-hole lead, he triple-bogeyed the fifth hole and added another bogey on the sixth. In Mexico, he shot 68 but stalled in the middle of the round. And at Bay Hill, he laid up in a fairway bunker on the par-5 sixth, leading to a thinned wedge and double bogey, and then hooked his tee shot out of bounds on No. 9 on his way to an outward 40.

If McIlroy continues to put himself in this position – which he will – then he’ll eventually start to cash in. Just like last year ... when he began the year with five consecutive top-6s before his resounding win at The Players. 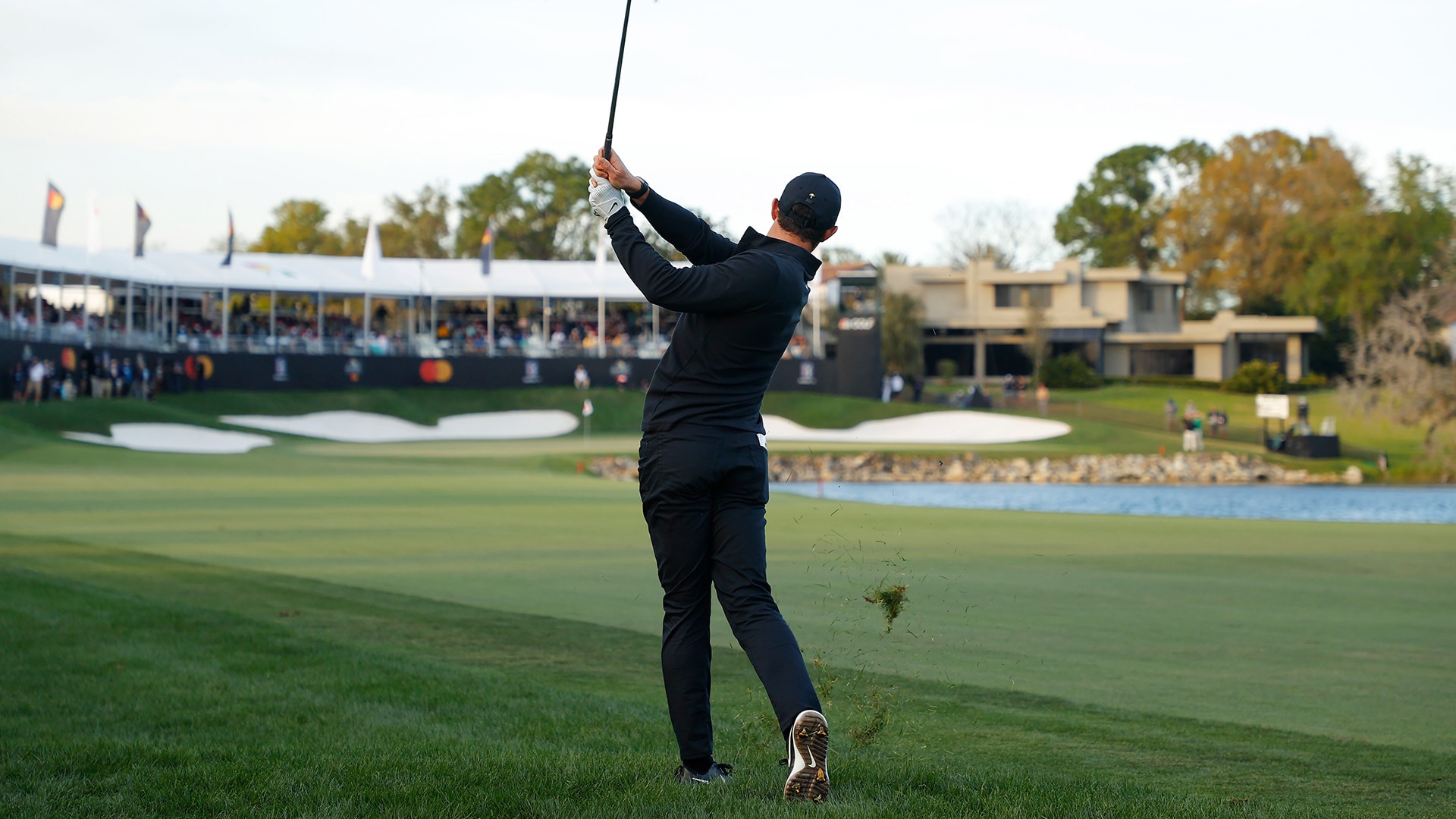 3. The Arnold Palmer Invitational continued the trend of brutally difficult conditions along the Florida swing, with Hatton winning at 4-under 284 and only four players finishing the week under par – the fewest for a non-major since 2014.

TAKEAWAY: This comes after the Honda had a 6-under winner – then the highest winning score to par on Tour in more than four years. The third-round scoring average at Bay Hill was 75.9 – the highest at the event since 1983 – and it left many wondering why it was necessary to present such a brutal test with back tees, juicy rough and cement greens.

Still to come? Sawgrass already isn’t everyone’s favorite track, with its collection of tricky holes (especially in the wind this time of year), and then some top players are heading to Innisbrook, which might be the best course in the Florida swing but also one of its most challenging.

Such is golf's bizarro world that TPC Sawgrass, of all places, might now be the most gettable venue.

Indeed, those hoping to gear up for the Masters with some 15-under shootouts have been sorely disappointed. 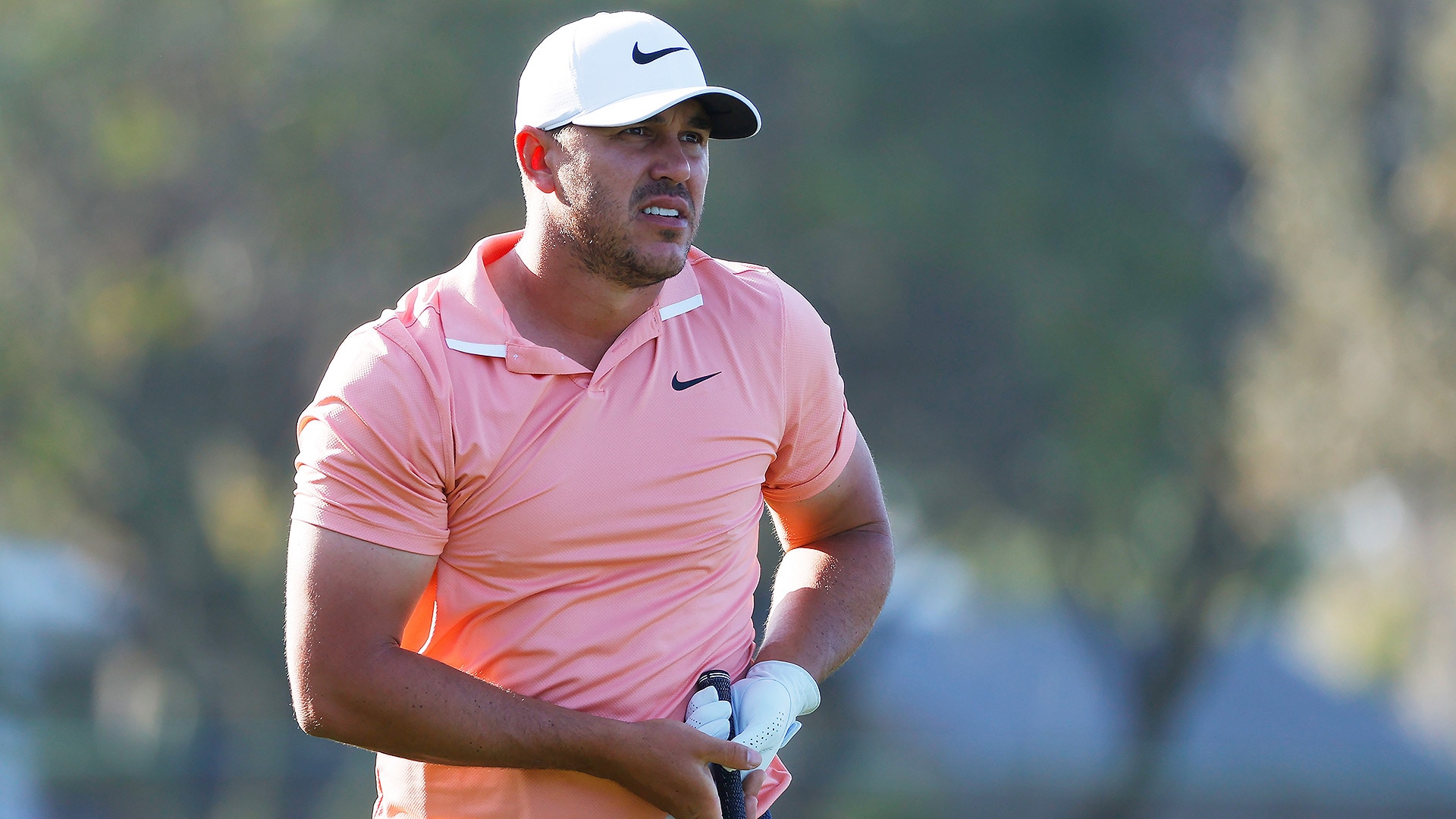 TAKEAWAY: It was the world No. 3’s sixth straight tournament outside the top 10 (this went for a T-47) as he seems no closer to regaining the form that made him such a world-beater over the past two years. Asked for his assessment of his game after going 10 shots lower Sunday, Koepka smirked: “Still s---.”

The numbers back that up: He's outside the top 75 in every major statistical category.

Koepka admittedly doesn’t want to be in this current stretch of playing five events in a row, but the off-season recovery has left him scrambling for form. Next up is Sawgrass, where he has yet to finish better than 11th.

5. Tiger Woods announced that he will miss this week’s Players Championship, saying that his back is “simply not ready for play.”

TAKEAWAY: It’s clear that the stiffness Woods cited at Riviera was more than just the product of a few cold mornings. It’s reasonable to wonder now about the overall state of his health, and that’s an area in which Woods – age 44, with nine career surgeries – has never been particularly forthcoming.

And so, a few thoughts:

• It seems unlikely that we’ll see Woods again before his Masters defense. Valspar is an option, but that’s a bad look to tee it up a week after the Tour’s flagship event. The Match Play is a possibility, too, especially since last year it proved to be the springboard to success two weeks later at Augusta National, but that’s potentially a long week on a hilly course if he plays well. So he’s facing the prospect of teeing it up in the year’s first major with eight competitive rounds played. That’s worrisome for a guy who has said repeatedly that there’s no substitute for playing tournament golf.

• This is also standard procedure for longtime back sufferers – the aches and pains, the good days and bad, the general deterioration. And it’s especially true for those who underwent a fusion surgery like Woods. If there is a fixed point in your spine, the strain has to go elsewhere.

• Can Woods still contend at Augusta? Absolutely. It all depends how he feels when he wakes up Thursday morning.

6. Here are one man’s top 10 favorites heading into The Players:

1.) Rory McIlroy: The defending champ rolls into Sawgrass with a whopping seven consecutive top-5s on Tour – only Tiger (of course) has had longer streaks over the past 20 years.

2.) Jon Rahm: The world No. 2, remember, held the 54-hole lead a year ago before self-immolating during a closing 76. He’s a more refined player now.

3.) Tommy Fleetwood: A rare weekend off should allow him to reset as he returns to Sawgrass, where he has back-to-back top-7s.

4.) Justin Thomas: Not a stellar record at TPC – only one top-10 in five starts – but he’s scattered some stellar play across the first few months of the new year.

5.) Webb Simpson: The 2018 champ remains one of the most underrated talents in the game, posting five top-10s in his last six starts and ranking sixth in strokes gained: total.

6.) Bryson DeChambeau: He’s yet to solve the riddle at Sawgrass, but he’s trending upward and getting more consistent each week. Three straight top-5s.

7.) Patrick Reed: Another heckler was tossed Saturday at Bay Hill, and it figures to be another long week at a rowdy venue. If he can put the blinders on – it’s never been an issue before – he should be able to ride his red-hot short game to another high finish.

8.) Sungjae Im: A ball-striking machine, the only question is how much he has left in the tank after back-to-back weeks of tortuous conditions.

9.) Xander Schauffele: The big-game hunter tied for second here in 2018, and this could give him the signature victory he’s been seeking.

10.) Patrick Cantlay: First start since Riviera – and since undergoing septum surgery – but he’s as solid as anyone throughout the bag. 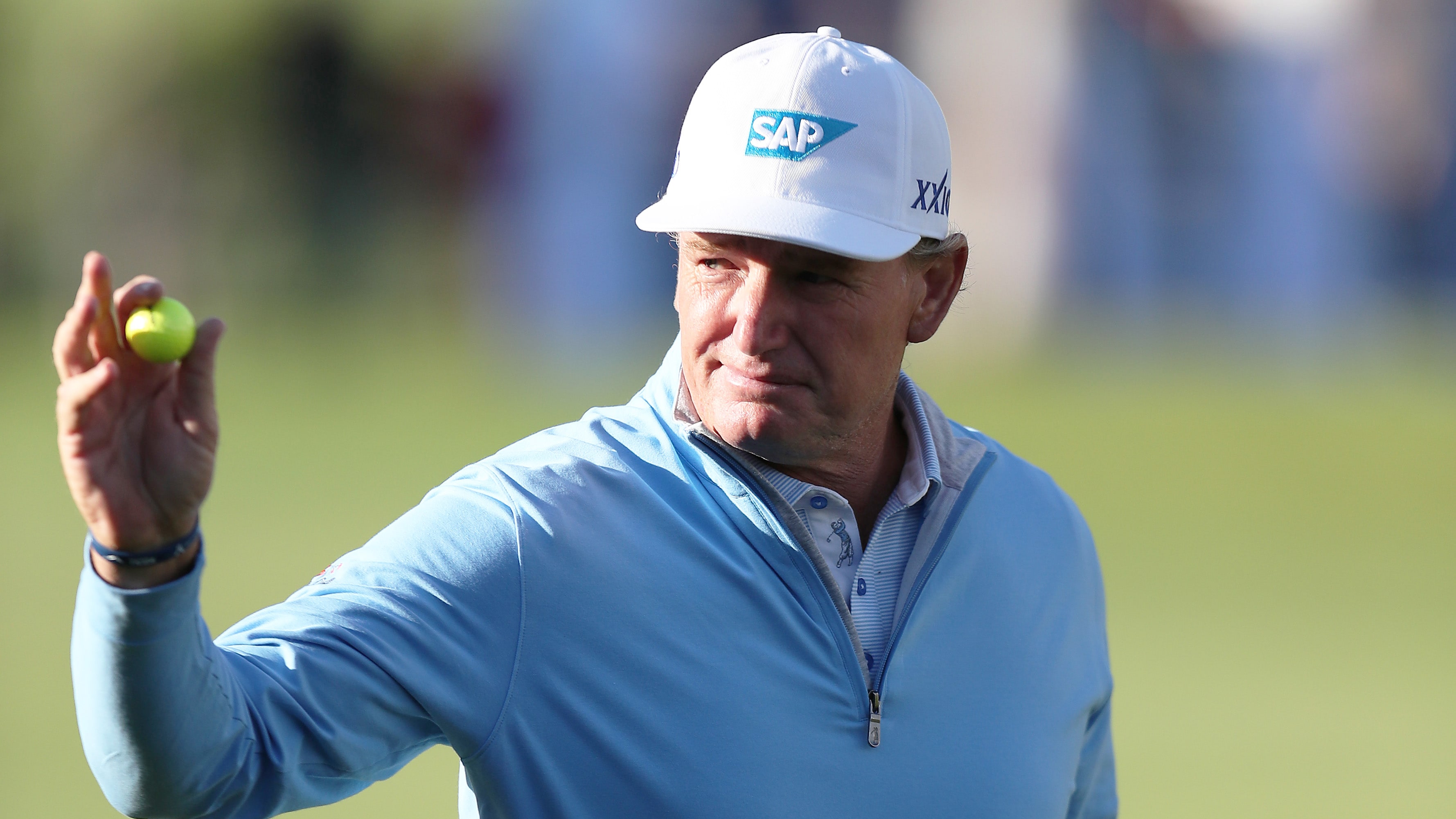 That Didn't Take Long: Ernie Els. In just his third start on the over-50 circuit, Els broke through at the Hoag Classic. The Big Easy now has a win and a playoff loss already this year, which spells trouble for Bernhard Langer, Scott McCarron and all of the other senior stalwarts.

Tip of the Cap: Rory. By remaining in the top spot in the world rankings for another week, McIlroy became the third player all time (Tiger and Greg Norman are the others) to hold the No. 1 ranking for at least 100 weeks. No small feat.

Hard-Luck Loser: David Drysdale. Searching for his first European Tour title in his 498th attempt, the journeyman missed a 15-footer on the final hole of regulation, watched as Jorge Campillo buried a couple of lengthy birdie tries to stay alive in the playoff, and then couldn’t match Campillo’s birdie on the fifth extra hole at the Qatar Masters. The wait continues. 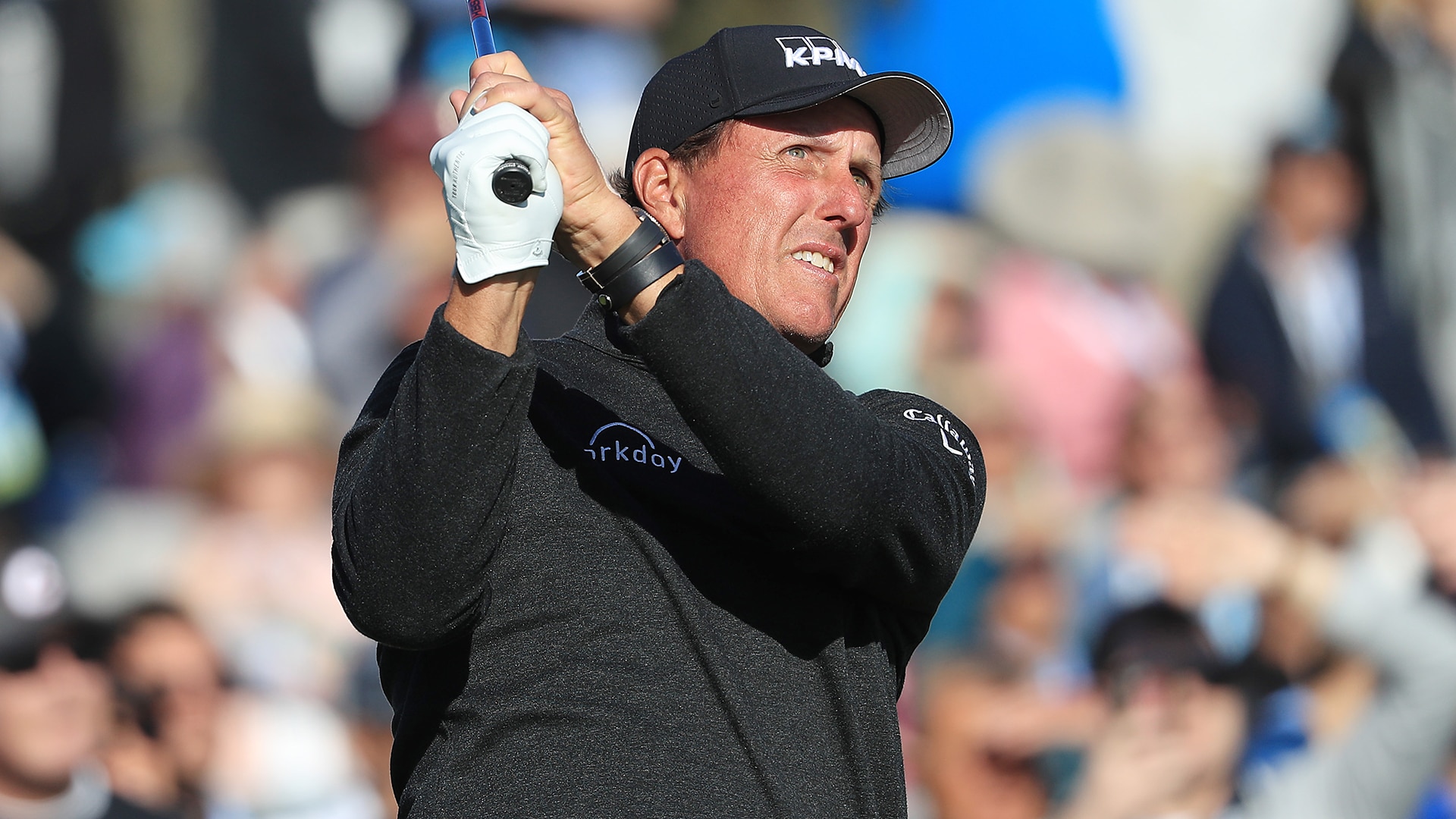 The WTH?! Moment of the Week: Phil Mickelson. He’d hinted that he could make a big declaration at The Players regarding the Premier Golf League, but Mickelson is holding off until “there’s a little bit more to talk about.” It’s becoming increasingly clear that Mickelson and several others want to use the threat of the PGL to leverage the Tour into making some changes – which is smart – and Mickelson said he could go “on and on” about what he’d like to see done differently. Well, go on then, sir!

Kids These Days: Collin Morikawa. Fleetwood’s early exit at Bay Hill means that Morikawa is now the Tour’s leader in consecutive cuts made, with 21. That’s remarkable for many reasons, but mostly this: He’s seeing all of these courses for the first time. A testament to his incredibly high golf IQ.

Broken Machine: Francesco Molinari. A bad back is the latest setback for the former world-beating Italian, who hasn’t been the same since he drowned that tee shot in Rae’s Creek and went searching for more distance.

Quote of the Week: Graeme McDowell, on the Round 3 conditions at Bay Hill: “I wasn’t ruling 85 out at one point. That’s really unsettling in itself. It’s scary when you’re trying to shoot 60, and it’s also scary when 90 is in the equation. Both are equally terrifying.”

The Full Camilo: Matt Every. The early leader at the API joined an infamous list of those who went from the lead to a weekend off, going 65-83. As he put it so eloquently: The second round was a “gradual sucking.” 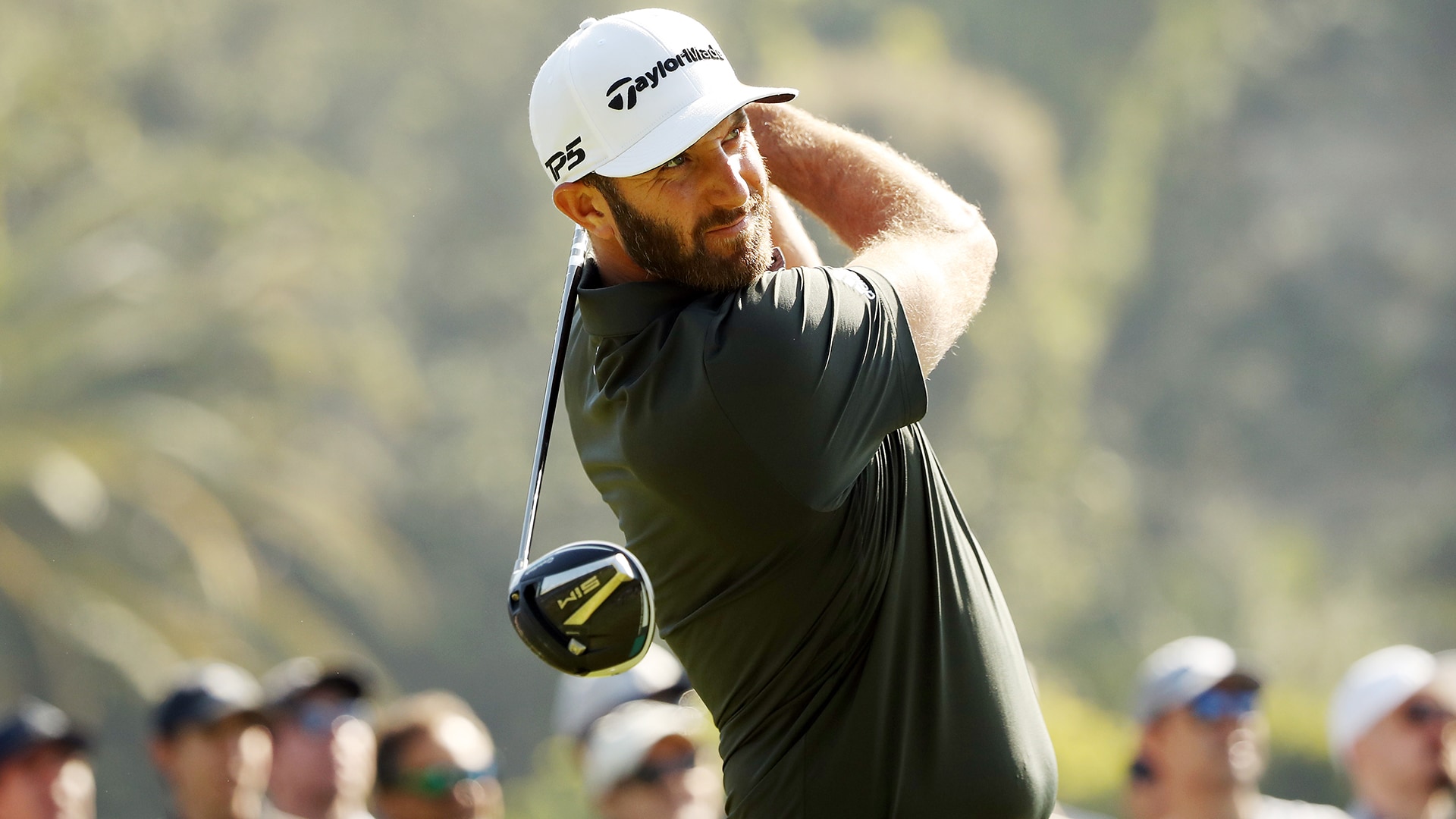 Olympic Shakeup: Dustin Johnson. Though it’s not a guarantee that he’d qualify, DJ removed himself from Olympic consideration by saying that he’d rather focus on his Tour schedule. That’s his prerogative, of course, and he might not be the only high-profile player to skip, either because of indifference, the condensed summer or perhaps now even the coronavirus threat.

Watch Your Forehead: Max Homa. OK, maybe it's better if they don't show Homa on TV after all ...

Blown Fantasy Pick of the Week: Adam Scott. The Genesis winner has surprisingly cooled, settling for a T-26 in Mexico before a missed cut at Arnie’s Place, where since 2014 he’d made every cut and posted a pair of top-12s. Sigh.

The European Tour and PGA Tour announced last week a strategic partnership. Here's what that means for now and what it could mean in the future.